What is an anti Semite? 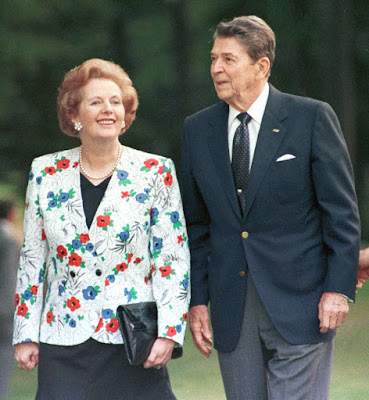 What is an anti Semite?

Of course we all know the definition is someone who hates Jews for being a Jew.


Ask yourself if you have ever met anyone in your life who hated a Jew for being a Jew? I have not met any and I doubt if you have ever met anyone either, yet the myth prevails as Adolf Hitler stating that the threat to the world was Marxists who happened to have a radical secular Jewish majority leading them, which had a history assassinating European royalty or Henry Ford was anti semite for stating that International Socialism or Jewry was a threat to Americans, which indeed has proven to be the case as the United States under Barack Obama became community organized under the major conglomerates and under Donald Trump it is now cemented as National Socialist or Nazi state.


But ask yourself in all of this implementation of Jewish organization for exploitation and profit from the Federal Reserve to Goldman Sachs, as we hear the term anti semite misused always, just where did this misuse arise from, the source, who perpetuated it and is still utilizing that slur?


Ask yourself what this is all based on, as it is not in hating Jews. The answer is in Victory Ostrovsky's book, By Way of Deception, the mindset of the Mossad.


We took the Brits seriously, but everyone in the building was saying they were probably deluded, because of THE BITCH.

That's what they always called Margaret Thatcher inside the Mossad. They had her tagged as an anti Semite.
There was a simple question asked when anything happened, "Is it good for the Jews or not?" Forget about policies or anything else. That was the only thing that counted, and depending on the answer, people were called anti Semites, deservedly or not.

That is the definition of why Mario Cuomo was calling Pat Buchanan an anti Semite and Nazi in the 1980's as these were the talking points of socialists in America to ruin Conservatives. Prime Minister Benjamin Netanyahu went full propaganda in praising Margaret Thatcher in her death, but his Mossad hated the woman.


What Kind Of Friend To Israel Was Thatcher? - The Daily Beast

https://www.thedailybeast.com/what-kind-of-friend-to-israel-was-thatcher
In a statement marking the occasion of Margaret Thatcher's passing, Israeli Prime Minister Benjamin Netanyahu said, "She was a great leader, a steadfast friend of Israel and the Jewish people."The ...


The Mossad still loathes Margaret Thatcher as the Jewish press is still smearing the dead Prime Minister of England. Dead so long and yet such a hatred of the Anglo woman, an Anti Anglo hate from the soul of Mossad.

https://www.haaretz.com/opinion/.premium-azriel-bermant-thatcher-didn-t-love-israel-1.5238492
Don't Believe the Hype: Thatcher's 'Friendship' With Israel Based on Pragmatism Not Love . Eulogized as a friend of Israel, Margaret Thatcher's attitude towards the Jewish state was in fact complex and critical - criticisms that have been overlooked largely because of the perception that her heart was in the right place.

When Thatcher turned against Israel - The Jewish Chronicle

https://www.thejc.com/comment/comment/when-thatcher-turned-against-israel-1.36827
The JC Essay. It may seem paradoxical that the period between 1979 and 1982 was one of severe crisis for Anglo-Israeli relations, since the then prime minister, Margaret Thatcher was a stalwart friend of Israel and had a very high regard for Anglo-Jewry. A remarkable number of Jews served in her cabinets.

We find in the Mossad one sided propaganda the reason for the hate of Margaret Thatcher in she wanted peace in the Mideast, where all parties reached an equal end so the peace would last, and not a peace dictated by Tel Aviv.

The Thatcher government's Middle East policy was dictated largely by concerns over threats to the stability of moderate Arab allies such as Jordan, Egypt and Saudi Arabia. Over time, there was growing agreement between the Foreign Office and Downing Street that a comprehensive settlement of the Arab-Israel conflict was urgently needed as a means to containing threats to western interests in the Middle East.

According to Victor Ostrovsky in his book, By Way of Deception, the Mossad was in the 1980's printing up so much Jordanian Dinar currency that it almost imploded that stable kingdom.
So Prime Minister Margaret Thatcher was an "anti Semite" at Mossad headquarters and called THE BITCH, because she understood that a destabilized Mideast would produce and Obama era invasion of Europe of Muslim refugees which would destroy Europe.
The Prime Minister understood in the large picture that the Soviet Union backing the more reproductive Muslims would win eventually, so peace between the Philistines and the Jews was the basis for not starting a nuclear war to protect Jews, a nuclear war which would have obliterated Germans first, the Anglo French second, and Americans third.

Each of you needs to think, ponder and weigh how often you hear the term anti semite, how baseless it is, whether it is against patriot Henry Ford or Margaret Thatcher, and realize that the source of it all is Tel Aviv at Mossad headquarters to smear anyone who is not succoring Jewish intelligence policies which make the goy expendable for Jewish domination.


Victor Ostrovsky's memoirs have been available for 30 years and none of you have heard of this book which was on the New York Times best seller list and none of you have read this book to inform yourselves of the story of this Canadian, who simply had enough of the Mossad after he was on the inside and experienced their brainwashing and methods of manipulation of all others.

dish.andrewsullivan.com/2013/04/11/back-when-an-ally-challenged-israel/
Today, They'd Call Thatcher An Anti-Semite There is simply no question that Margaret Thatcher was a great admirer of the Jewish people and promoted and was influenced by Jewish Brits in a way never seen before : 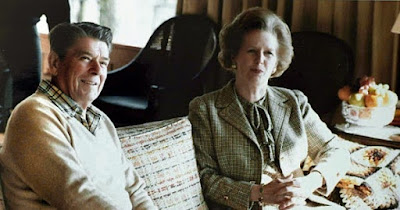 Do you find it offensive that the best political friend of Ronald Reagan and the United States, who won the Cold War without a nuclear holocaust of Anglo European Americans, was called THE BITCH by Mossad and that they are still smearing this patriot of England?

Are you beginning to think in seeing the reality through the darkness of the propaganda you have been manipulated?