There apparently is a turban head named, Abe Baker Baghdid, which means nothing to me as one turban is the same as all turbans, but this one has a 25 million dollar bounty on this head, and as you rich people can not find your Christianity for a large donation, I must place myself in jeopardy in conducting Dick Algire type inquiries into the matrix in my version of flash reading the matrix.

I have embarked upon this previously in placing here the location of another turban head, but have yet to have the United States Department of the Treasury, to deposit, I think it was 3 million dollars for the location of that turban head.
I would think Stephen Miller would be telling the President this stuff. Maybe he was distracted by Ivanka's beauty.


The U.S. is offering a reward of up to $25 million for information that brings him to justice. Al-Qaeda leader Ayman al-Zawahiri is the only other terrorist with such a large U.S. bounty on his head.


So I have set about for this 25 million, as Steve Mnuchin must be just slow in cutting the check, and in that, I can use a 28 million dollar donation, although in being a good Citizen, I expect to only walk away with like 17 million, but there are kind people who have benefited me in this poverty that I would like to share the bounty with.

I will tell you the sequence of inquiry into this, so you can marvel that this information is probably more correct than the information on my missing aviation glasses which have since appeared.

So I began with where, as in the continent.

The location came back as South America. Interesting thought I, as I have been  told since the Obama era that al Qaeda was operating in South America.....for that matter North America.

This is amusing to me what appeared next as I got a positive on Argentina and then not. What follows will explain in this, but the nation which Baghdad Abe is at is Paraguay.

In back inquiry, the solution to Argentina appeared, because the matrix pointed to the following information in the sequence of events:

Flew in 2 engine prop plane to:


So that is the rub, in he entered South America via a Saudi cargo ship, where he obtained a Greek passport to fly to Paraguay.


Where Baghdad Abe now travels on a German visa. He is thought a German national of Iraqi descent.


My mind now turned to how the dude can be on perpetual vacation, even if he never spends money on bath soaps or washing detergent.


Here is something interesting in he does travel. He ventures to Columbia and Ecuador and from there he has been inside the United States, visiting the diaspora, after flying into Miami Florida. In America he traveled by auto. to five states.

Been inside the United States, Disembark points indicated Columbia and Ecuador on flights to America.


Figuring that DC Don is not going to come through with the cash without a location, I settled on where Abe is and in visiting in the matrix, and inquiring of every state in Paraguay, the one named Misones generated a YES.

In inquiring of location the two cities which are primary, only one brought an AFFIRMATIVE. This was

Now here is what delights me, as I was sitting where you are now, and I next embarked with a Duck Duck Go search engine, to searching for a bed for the roots of this terrorist to grow, and this is what always makes me shake my head in disbelief, as none other than Miami Vice appeared and the TBA. 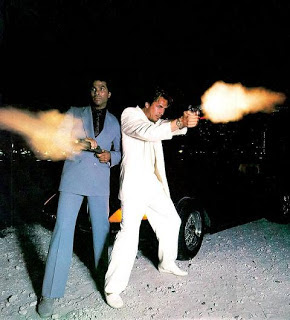 See in back engineering this, I discovered that it was not Guyana or Venezuela which was the Muslim terror hot spots of South America, but it was the Tri Border Area or the TBA in which Abe was hiding out in, and so are all the other terrorists, and the US military is camped out there too.


Al-Qaeda, Hezbollah and Hamas all Active in South America

https://inhomelandsecurity.com/al-qaeda-hezbollah-and-hamas-all-active-in-south-america/
Many Muslim terrorist organizations, including Hezbollah, Hamas and Al-Qaeda, have a strong presence in South America. They are particularly active in the Tri-Border Area (TBA), the region where Brazil, Paraguay and Argentina meet. Often used for the smuggling of traditional goods, the TBA has ...

https://www.expatica.com/es/wikileaks-us-probed-al-qaeda-presence-in-paraguay/
Washington ordered its diplomats in 2008 to probe a possible Al-Qaeda presence in a border zone between Paraguay, Argentina and Brazil, according to a confidential cable released Sunday by WikiLeaks. The State Department cable on "reporting and collection needs" was sent to the US embassy in ...


Hell even Miami Vice was doing story lines in the TBA back in the wild ...well not so wild days of 2006. But the interesting part is all the big names in CIA associated extreme Islam of Zbigneiw Brzezinski creation appeared in TBA, starting with Sheik bin Laden.

https://en.wikipedia.org/wiki/Triple_Frontier
In the Vince Flynn novel Extreme Measures, a terrorist group funded by al-Qaeda trains and plans to execute terrorist attacks on America while living in the Triple Frontier. In the 2006 film Miami Vice, Sonny Crockett and Rico Tubbs first meet with the drug cartel they are trying to infiltrate in the Tri-Border Area.

Terrorist and Organized Crime Groups in the Tri-Border Area ...

https://www.loc.gov/rr/frd/pdf-files/TerrOrgCrime_TBA.pdf
("Marwan al-Safadi"), and Mohamed Ali Aboul-Ezz Al-Mahdi Ibrahim Soliman (also spelled Mohamad Ali Abao-Ezz El-Mahdi Ibrahim Suliman)—suggest that al Qaeda has a presence in the region. Al Qaeda may have begun to establish a network in the TBA when Osama bin Laden and Khalid Sheikh Mohammed reportedly visited the area in 1995.


Now on this journey I was aware of none of this as I never watched Miami Vice, but now you are, and the reality is I believe through remote viewing, just like the CIA nurtured under Ingo Swan, the location of Abe Baker Baghdad, is where the matrix points to.

On that, I want my money as that is the promised contract. I provide information that brings ABB to justice and is the contract. I can not be held accountable for those not acting on this information, like the other information. It seems bad pork to me that ABB has to be brought to justice before I get paid. I would argue that "bringing" is the information in I brought it and it is no matter if it is acted upon.

I should not have to be made to fess up where the matrix says ABB pissed on which lamp posts in the United States and where he squat shits in Paraguay.

I really would like a Winchester 21 to hunt Pintail ducks in Argentina, the way Ross Seifried did. That takes money and that is what 28 million dollars is for in spending. 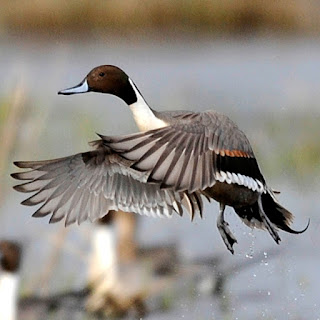 I want my money.