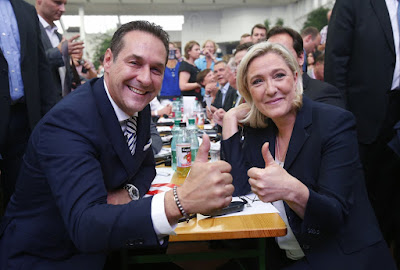 Bevölkerungsersatz: The socio corporate policy of police state degradation of Caucasian races for third world invasive species or low intelligence and DNA primates, for the securing of those productive lands, for control of the elite few, by disarming, impoverishing and displacing the Christian Caucasian.


When the Lame Cherry coined the phrase American Genocide, I did not contemplate that others would invent the spoon too, in beholding the same image in the glass, but the fact is, there has been a concerted effort across the West to destroy the people I term, the Lost 10 Tribes, from existence, and replace them with a low IQ, genetic and 3rd world non Christian invasion.

Heinz Christian Strache of Chancellor Sebastian Kruz's Austria, recently embraced the term POPULATION REPLACEMENT in an interview, and when he was challenged in attempted media censorship, Herr Strache would not retreat and stated that Austrians would not be made a minority in their own Catholic nation.

If only President Donald Trump was not diffusing the American Identity to a 3rd world degenerate class which has only brought the world cocks which rape and breed as the national identities of Mexico, India, China and Muslim lands.

For Europeans the basis of all of this is the French masterpiece, in the 2012 book, Le Grand Remplacement, by Renaud Camus. Of course this book has been smeared with thee typical "right wing extremists" character assassination, and in linking it to the manifesto of the Christchurch mass shootings.

It is telling that with Saudi money, that the Koran being quoted never is banned nor blamed, nor are Muslims termed extreme right wing, nor are Jews in the Talmud calling Christ a bastard  and the Virgin Mary a whore, but the  propaganda assailing Christians who are facing a real holocaust is prejudiced and designed to provide cover for the cartel which is promoting this genocide of the Western European.


Heinz-Christian Strache, the deputy chancellor in Austria’s conservative-nationalist coalition government and the leader of the far-right Freedom party (FPÖ), told the Krone newspaper on Sunday that his party was “consistently following the path for our Austrian homeland, the fight against population replacement, as people expect of us.”
When the interviewer interjected to say “population replacement” was a term associated with rightwing extremists, Strache replied that it was “a term of reality”, adding: “We don’t want to become a minority in our own country. That’s legitimate and fair and deeply democratic.”
The term “great replacement”, which originated in a 2012 book of the same title (Le Grand Remplacement) by a French author, Renaud Camus, has been taken up by rightwing extremist groups and was the title of a “manifesto” written by the gunman who carried the attacks in Christchurch, New Zealand, in March.
Strache’s use of the term was praised in a video by Martin Sellner, head of the Austrian branch of the far-right Identitarian Movement, which the Austrian government is contemplating banning over its links to the Christchurch gunman.

Gone are the days when Donald Trump was praising the Kushner generated, AltRight, as this force was maligned in Soros generated terrorism where an innocent man who was fleeing his murder by a mob, and ran over people, was the White evil person, instead of the real story of those who were trying to murder him, as the video evidence revealed.

Until Donald Trump for 2020 begins to use the verbiage of the Austrians in the reality of POPULATION REPLACEMENT, which Donald Trump's open borders and Jared Kushner's amnesty are unleashing on the last generation of Americans, it falls to the Chancellor Sebastian Kruz and President Vladimir Putin to be the protectors of the Austrian German and Russian Peoples, as there will be no protector for the American People in this 21st century population replacement of Americans. 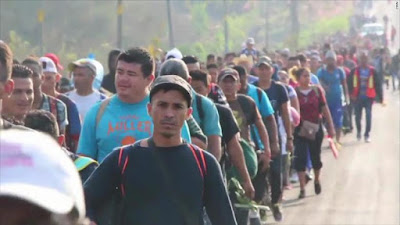