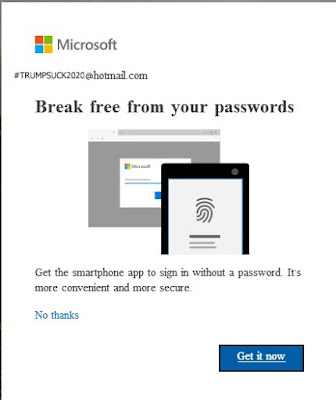 What  could possibly go wrong with a major conglomerate which works for the NSA, and is owned by a nut who likes vaccinating children and talks about cropping a billion people, collecting millions of fingerprints?

Just like those morons who send in their DNA to corporations to trace their DNA which is absolute bullshit, in it being flawed, and then that DNA somehow ends up in the FBI's possession and innocent people arrested for being serial murders, what could be wrong with a smudged up E fingerprint, sitting in Microsoft's computers reviewed by the NSA and suddenly your fingerprints match Obama's ISIS terrorist of the FBI"s 10 ten wanted list and next thing you know is the CIA's Flying Ginsu is shredding your ass like eating a glass taco.

I have been around software long enough to know how screwy it is. I have a computer which was just sitting there and suddenly would not log in, as it needed a password to enter it. Yes the NSA likes screwing around with me. So I am not about to be taking my fingerprints to Microsoft, when I know ATT has already stolen my fingerprints of the touchscreen. 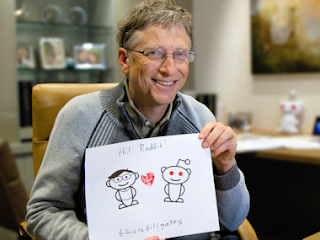