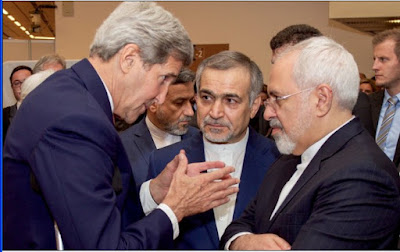 It will just be a little nuclear bomb in Iran
and then you can have a go at the Jews in New York.

The oasis of fruits of Muslim Barack Hussein Obama and his America loathing Secretary of State, John Kerry, are ripening a healthy harvest in the Kushner sectors of the Trump Administration, as the Jewish press, has been handed information from Mosaad's United Nations network, that the United States has discussed in the Trump sphere unleashing an annihilation blow to the Islamocommunists of Iran nuclear weapon's program with a massive targeted attack.


Diplomatic sources at the UN headquarters in New York revealed to Maariv that they are assessing the United States' plans to carry out a tactical assault on Iran in response to the tanker attack in the Persian Gulf on Thursday.
According to the officials, since Friday, the White House has been holding incessant discussions involving senior military commanders, Pentagon representatives and advisers to President Donald Trump.

The military action under consideration would be an aerial bombardment of an Iranian facility linked to its nuclear program, the officials further claimed.

"The bombing will be massive but will be limited to a specific target," said a Western diplomat.

The decision to carry out military action against Iran was discussed in the White House before the latest report that Iran might increase the level of uranium enrichment.

The officials also noted that the United States plans to reinforce its military presence in the Middle East, and in the coming days will also send additional soldiers to the area.


Former Mosaad katsa Victor Ostrovsky noted the immense intelligence network the Jews had at the United Nations in surveillance, and this story planted in the Jerusalem Post is more than another Tel Aviv rhetoric in attempting to bluff Iran to submit to Greater Judea, as this was a detailed warning to Iran, where the Americans were going and when they were coming.

Iran for her part, has her cards showing in stating June 27th is the day which they will cross the red line and entice the President of the United States with Secretary of State Mike Pompeo to bomb Iran.

There are a finite list of Iranian targets and the logical one would be the processing center, which is obvious.

https://en.wikipedia.org/wiki/Nuclear_facilities_in_Iran
The Nuclear Technology Center of Isfahan is a nuclear research facility that currently operates four small nuclear research reactors, all supplied by China. It is run by the AEOI. The Uranium Conversion Facility at Isfahan converts yellowcake into uranium hexafluoride. As of late October 2004, the site is 70% operational with 21 of 24 workshops completed. 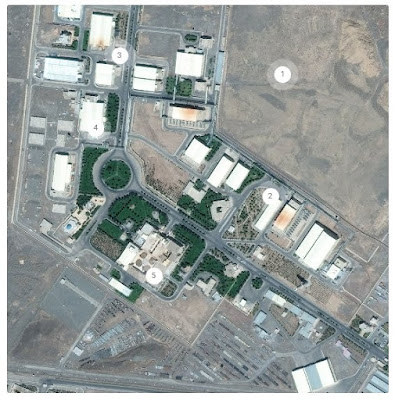 With Mosaad informing the Iranian communists that the United States will be bombing a singular target in a massive run:

"The bombing will be massive but will be limited to a specific target,

The reality is Iran knows the target, trajectory and where the United States will strike from in various locations for optimum results.
Iran should also have the warning of the aircraft carrier USS Abraham Lincoln will not be kept in the Persian Gulf where Iranian aircraft carrier missiles would sink the namesake of Illinois as that would defeat the purpose of the United States looking invincible, and require more bombing of the nothing targets in Iran.

What is the debate in this which Stephen Miller of the White House must comprehend is that is Donald Trump's Harry Truman moment. What this means is that the Trump Doctrine can become the cornerstone of American policy, as Truman atomic bombing Hiroshima and Nagasaki, not to save American lives, but to keep the Soviet Union from invading Japan, was the Truman Doctrine which shaped all US Cold War policy.


The United States has available nuclear and non nuclear bunker buster bombs in the  B - 61 and the GBU - 57. These earth penetrating weapons are the cornerstone of the Mosaad leaked American attack upon Iran, and in that Stephen Miller should step out of the shadow of Jared Kushner and produce the Trump Doctrine of the United States will deploy nuclear weapons to solve nuclear threats in terror states.
The Trump Doctrine would be the line in the sand for North Korean negotiations and the reality for Moscow and Peking that tactical nuclear weapons will be utilized on their client states as the era of Clinton Bush Obama trillion dollar conventional wars is over.

https://www.ucsusa.org/nuclear-weapons/us-nuclear-weapons-policy/earth-penetrating-weapons
The United States currently deploys both conventional and nuclear earth-penetrating weapons. The two largest conventional EPWs (called GBU-28 and GBU-37) use the same body but different guidance systems. 8 The bodies are long tubes, a third of a meter (14.5 inches) in diameter and four meters (12.8 feet) long, that weigh over two tons and contain nearly 300 kilograms (630 pounds) of high explosive. 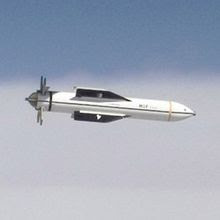 The problem in this for the Pentagon is the Iranian counter measure which are formidable, as formidable as Nancy  Pelosi harping from Congress that Donald Trump can not attack Iran without Congressional permission. The Pelosi and Mosaad demands and leaks, will provide the Iranians ample time to remove their nuclear production facilities, so that the United States will be bombing empty caverns and buildings.

The purpose of a Trump Doctrine nuclear strike is to pollute the facility with radioactive material, thereby ending it ever being rebuilt.

Iran though has the fine Russian S 300 surface to air missile batteries, along with their outstanding S 300 production the Bavar 737. 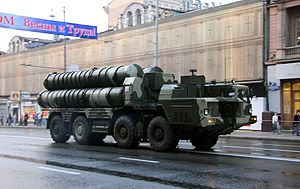 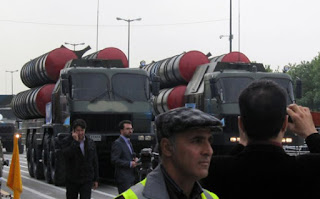 
Thes 300 and older systems were capable in Syria in shooting down American Tomahawk and Jewish advanced American F 16 fighters. The American attack will be from outside of Iran in the long range and high altitude weapons, but in the press statements, the Russians provided Iran with an advanced version of the S 300, meaning Iran possesses a Super 300 or something akin to the S 400 which is most adept at knocking cruise missiles and AWACS platforms from the sky.
The main conclusion in this is, Iran knows the time, the place and the weapons, so surprise is gone, and Iran can focus on radars which could indeed track  American JDAMS, nuclear or conventional.

The United States has one jet or weapon knocked down in this, and it will be deemed a failure. The United States loses one American life, and it will be a crippling blow to Donald Trump politically. It is in these realities of the Mosaad leak, meant to warn Iran, to bring about enough American failure for a repeat bombing of Iranian structures, is the main argument for the Trump Doctrine in using nuclear warheads on  Iranian nuclear targets.

The Catch 22 in all of this, which this blog has warned of, is Iran will retaliate or first strike. Their optimum American target is the Jew City of New York and why Sheik bin Laden struck there.  With this information leaked as Mosaad  intends, Iran or a frame up of Iran would involve a nuclear event or events inside the United States to bring about the full fury in a massive Trump Doctrine.
If Iran waits until attacked, then Iran still has the targets as the victim.

Trump Heights is an expensive hand in this poker game with New York City in the kitty.

Others in covering this produce sensationalism. This blog produces logical projections and reasoning for the Newtonian Cause and Effect of actions. It is a mistake to target one Iranian Islamocommunist nuclear facility. It is though the hand with Muslim Obama and anti American John Kerry left for Donald Trump as the Saudi Sunni and Tel Aviv in the White House shuffles the deck for this scenario which is building.

Iran desires to be struck to become the victim and to be allowed reprisals inside the United States. One can not win in aggression when the nation wills to be attacked to the defeat of the more powerful.

It is now the Trump Doctrine if Stephen Miller is stoic enough to play the card. 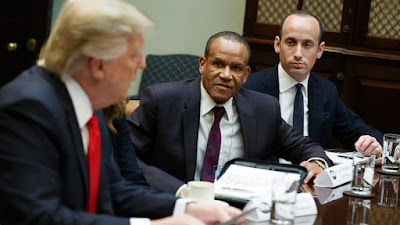 I think we should cut the cards.