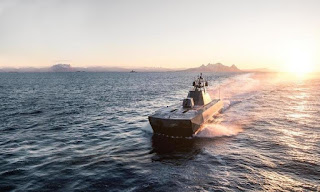 I was reading an article entitled Corvette Carriers. The problem was the article only had a photo of a Norwegian gun boat and nothing about lite carriers.


This got me thinking, and as the genius of God in me, is always seeking to assist the Pentagon, the United States Military, Defense Contractors and of course keeping swabbies and jarheads alive, the idea came to me of a really defensible, expendable carrier.

After President Trump was grousing about a 16.5 billion dollar Ford class carriers who with magnetic launch catapult could not launch heavy fighters, I simply shake my head at such problems, as this is not the Navy which had Marines creating landing craft of nuclear powered submarines.

For the reality, with the Russian Sunburn missiles which Bill Clinton sent Boeing over to fix for Russia, and are now in the hands of Chinese and Iranians, which are capable of destroying US aircraft carriers due to shockwave of this high speed missile, the US carrier projection of force is an immense problem as I have written.
Ships moving at 30 miles per hour are being targeted by missiles traveling at thousands of feet per second.

The Marines have their own light carriers for amphibious landings, but they are still expensive and one Saddam Hussein mine, sent one reeling in the Gulf in Gulf War I. In that, what if the US Navy took the above gun ship, and instead used it as a pontoon. 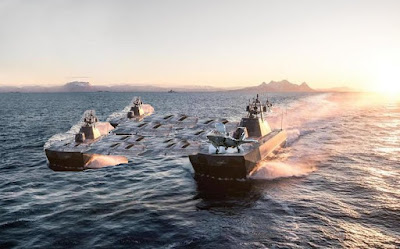 Yes 4 of these stubby gun boats could act as pontoons. They could have telescoping decks which would be overlaid with runway panels.
The gun boats would carry 7 F 35B jets, which are the Marine version of a jump jet. This would be 28 extremely high powered weapons platforms, which could set in shallow waters, shallow by ocean standards in offshore ports, not meant to operate in heavy seas.

These small flotillas would be front line launch platforms, in the 200 mile from the front or shore if necessary. In my perfect design, they would operate in convoys. A half dozen would carry fuel and munitions, while the four pontoons would carry the aircraft. All would be interchangeable and I would make them as the German submersibles. No I am not speaking of making these submarines, but simply ships which could submerge, with snorkel and the ability to  move underwater or lay on shallow bottoms as a measure of stealth. 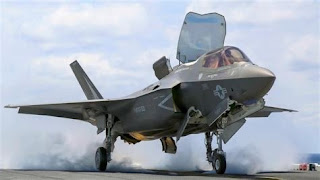 Imagine with electronic counter measures to hide these platforms, as they assembled, close to the front, at night, run operations for two hours, and then simply retract and submerge for the day undetected.

With a compliment of long range missiles for protection, this flotilla would be a projection of power unlike anything the world has witnessed. It would hide, strike and hide, at opportunity, with the  most devastating of results.

I would project an entire flotilla of dozen of these craft, could be assembled for a billion dollars. That would allow 16 of these flotilla for every single aircraft carrier.

In understanding history, Thomas Jefferson desired gunboats, instead of Naval surface ships. His idea was to deploy packs of these row boats to overcome larger ships. The crews though lost courage and one bad shot would end the attack.
This Corvette Carrier  is not this in the least, as it is armed with the teeth of the US military in the F 35. It will have Aegis radars, and the most advanced missiles for self defense as it's 35's project power. All that is low cost in this are the ponts, the remainder are the same expensive high power weapon systems.

The Navy has a history of constructing port docks in the open ocean, as after the Normandy landing when Germany denied the use of French ports. These ponts would be an airport or carrier which would be able to submerge.

That is about it for my good deed today for the US Military. 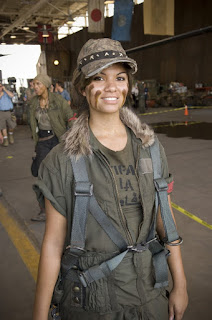