how many Jehovah's Witnesses are really FBI agents 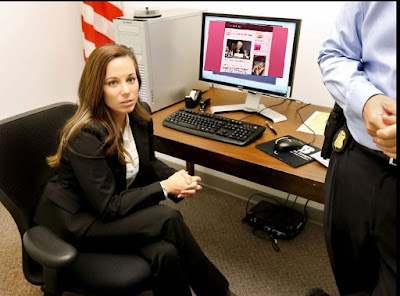 I have been puzzled since the interview we had with Homeland Security in August of 2016 just what it was all about, in what they explained to me was that the New York FBI office was the one which dispatched them to the middle of nowhere on a wild goose chase, concerning remote viewing, a subject that never gets anyone on Rense or Coast to Coast interviewed.

What caught my attention in this, in trying to protect America and being one of four media supporters of Donald Trump how I had the same reaction that Journalist Art Moore had of World Net Daily when federal officers appeared on his doorstep.

I wondered just what it is, that a person's first thought on seeing federal agents is that you think they are Jehovah's Witnesses. I honestly was trying to access if this was some insurance salesmen or Witnesses, when they floored me in informing me they were from Homeland.

'Scorched Earth': Mueller's Targets Speak Out
RealClear Investigations, by Paul Sperry Original Article
Posted by earlybird — 6/20/2019 5:44:07 PM Post Reply
Veteran journalist Art Moore was editing a story on the Trump-Russia probe last October when he heard a knock at the door. He saw a couple of men in suits on the front porch of his suburban Seattle home and thought they were Jehovah’s Witnesses making the rounds. But they weren’t missionaries there to convert him; they were FBI agents there to interrogate him, sent by Special Counsel Robert Mueller. The G-men wanted to talk about WikiLeaks, specifically whether the Trump campaign had any connection to the hacktivist group’s release of thousands of emails stolen from Hillary Clinton’s campaign during the 2016 election.


The thing is Art Moore and Joseph Farah, who had a stroke afterwards were interviewed in October 2018, but my interview was over 2 years earlier. What I think part of it was, as Homeland had obtained our ISP out of ATT, meaning home address, and they had TL's driver's license printed up, was that there had to be court orders involved and a great deal of research, as Homeland already knew there was nothing to being sent to talk to me, except the talking to me was supposed to send a message to me from someone else.
The part of it is in remote viewing, the matrix kept stating that Obama was working through other agencies, and cutting the FBI out of the loop. As we have discovered over the past 3 years, Obama via Susan Rice, had John Brennan of CIA, running an operation which was cutting the FBI out of the loop, but using the FBI as a cover.
That is what it appeared to me at ground base, in the FBI was trying to figure out how I was reporting on a threat to America they were aware of, but were not completely aware of, as Obama was hiding part of it, as was the case of Chris Stevens in Benghazi which was about his kidnapping and  resulted in his murder to cover up Obama giving arms to terrorists in Syria.

The two FBI agents – cyber-crimes experts Jared Brown and Aleks Kobzanets, the latter of whom had a Russian accent – grilled Moore, an editor for the news site WND.com, for about 90 minutes. Among other things, they asked about former WND correspondent Jerome Corsi and whether he had any advance knowledge of WikiLeaks' dumps of Clinton campaign emails. Corsi, who is friendly with the president, had used Trump confidante Roger Stone as a source during the campaign.
“They were clearly on a fishing expedition,” Moore said, recounting the incident to RealClearInvestigations publicly for the first time.

I think in all of this the connecting thread is that Jamie Gorelick compartmentalizing of intelligence and security for the Clinton crimes, went overboard under Obama, and an intelligence group was going to shut it down. That is where the Missing Link appears in setting all of Russiagate up. That is what Robert Mueller was protecting as the FBI was out chasing down people who may have known who the ML was. 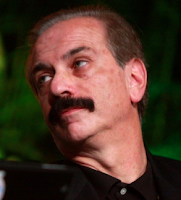 Weeks earlier, two other agents had shown up -- also unannounced -- at the suburban Virginia home of his boss, WND.com founder and editor Joseph Farah, asking similar questions about WikiLeaks. They focused on staff editorial conference calls Corsi had joined in August and October 2016. They asked who normally edited the stories filed by Corsi. Farah mentioned Moore, and another team of agents was deployed to Gig Harbor, Wash., where Moore works from home.
Not long after the interrogation, the 64-year-old Farah suffered a stroke and is still incapacitated. His nationally syndicated column has been suspended indefinitely as he undergoes therapy.

Without understanding the reaction of the FBI in being played by Obama, I was focused on what the matrix was revealing in what was taking place. I just happened to bump into the operational structure which would mutate into the Brennan sponsored Russiagate.

I was just amused that like Art Moore, I had no idea the federal government would want anything to do with me for just writing things and my first reaction was how to politely get rid of Jehovah's Witnesses or Insurance people, and then thinking it was some bad joke in being informed the feds were  on my doorstep.


You can witness who were a part of this original operation, as Lindsey Graham of the Carolina mafia has risen to the surface as much as Mike Pence has skated clean. I am convinced in all of this, that Russiagate at the hidden part of this, was an intelligence operation meant to flush out an MI6 overthrow of the United States interests in their installation of Birther Hussein. The adults in the room were going to protect their sphere, and that is where Edward Snowden, Julian Assange and Chelsea Manning all appeared in being anti Hillary leftists of the Obama orb, who sent this whole thing chasing it's tail in Russiagate.
There was so much criminal nuance going on with Eric Holder in Gun Runner, Boston Bombing, Propane Tank Bomber, Cali Wildfires, and the FBI was being kept out of the loop in different districts that what I posted from remote viewing confirmed a sore spot in the FBI, so I was to be intimidated in whatever was really going on.
It does make me wonder at times why of all the remote viewers on all these programs, they never get visits, and yet I did.

I keep hoping rich people will donate, so we can get our place, and that way these federal people will not have to pay attention to me, as the blog will be mostly on God things, and things like building ponds, raising heirloom corn and trapping.
See those in power could just pay me off, and they would not have to suppress the numbers to hide this blog, but they or their auxiliaries have not, as they must want this poor orphan girl tripping some wires as a diversion for some reason.

Serious ending to this, and no shit Charlie Chan man. Since Homeland came here and I thought they were Witnesses, the Jehovah's Witnesses have not appeared here again, even after the mother went tits up, and some of her nutty relatives were JW's, so they always appeared when people died to try and recruit you.

So that begs the question of......just how many Jehovah's Witnesses are really FBI agents using the cult as a cover, in order to gather intelligence on people.

What would be a better cover, eh.