Just who is it that is engaged to Holocaust Americans? 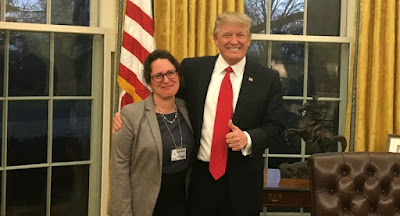 “Do you believe that the Failing New York Times just did a story stating that the United States is substantially increasing Cyber Attacks on Russia. This is a virtual act of Treason by a once great paper so desperate for a story, any story, even if bad for our Country.....”

Never mind for a moment that Donald Trump has been leaking to the CIA asset New York Times from day one, because this is more than the typical Trump WWE diversion for politics as, America now is involved in Jew Wars, in the Jewish owned Donald Trump by Tel Aviv Kushners, had the Jew owned Wall Street Journal of Rupert Murdoch, editorialized by the Jew owner of the New York Times in Arthur Gregg Sulzberger, who makes a point in his Wiki bio that he is only a little Jew, as he does have that Christian stuff in his veins too.

The President calling the New York Times treasonous over posting an article which stated that the CIA is sabotaging the Russian electric grid, and Donald Trump has not been informed, is a treasonous matter. It also is a matter that Sulzberger leaked additional information as quoted by Vanity Fair, as the ramp this up in trying to make this 'Little Don of New York being a bully to those CIA papers brainwashing Americans."

https://www.vanityfair.com/news/2019/06/why-ag-sulzberger-took-on-trump-in-the-wall-street-journal
New York Times publisher A.G. Sulzberger's op-ed in the Wall Street Journal this week was notable not just for its message—"Accusing the New York Times of 'Treason,' Trump Crosses a Line ...


The thing in this is Donald Trump does not tweet. This is coming from Stephen Miller who signs off on everything coming out of the White House. So there is a great deal of Jewry in this, and what is important in this is what Sulzberger stated in THREE INTELLIGENCE AGENCIES SIGNED OFF ON WHAT THE TIMES PUBLISHED AND WERE OK WITH IT. 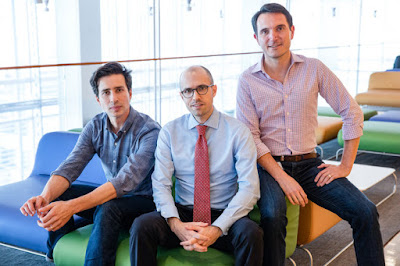 “After his tweet, and his attack on the New York Times, and the accusation of treason, I just sat with that word for a while,” Sulzberger told me. “Beyond the significance of this big word, ‘treason,’ which is being recklessly wielded against one of the country’s leading independent news organizations by someone who has the authority to prosecute treason, and beyond the fact that it was inaccurately wielded, after the Times went through all the right steps that a responsible news organization goes through when reporting on a national security issue, having reached out to three different arms of the national security apparatus to see if they had any concerns, and all three told us they did not—beyond all of that, I just started to wonder, What could be next?”

So you get this clearly, the CIA is at war with Russia in sabotaging their electrical grid. Three US agencies signed off on publishing this account, which states that Donald Trump is not President and is out of the loop in this.
Donald Trump called the Times a liar, and yet 4 US Agencies confirmed this story, meaning Donald Trump is not being informed by his intelligence community of serious attacks on Russia which will lead to war.
For Arthur Gregg Sulzberger to publish this act of war,  confirm  that the United States is no longer a Constitutional Government, but is ruled by the same John Brennan Intel Junta which brought American Pissgate, is a reality which is not disturbing to the Times, but is disturbing to Russia as Vladimir Putin expressly addressed this issue in a media interview.
If you notice in what is being stated below, the Russians are confused in this, in asking if this was a bogus story or if this was a literal CIA confirmation that the United States is at war with Russia.
President Putin though did confirm something strategically important, in Russia has already begun not only hardening it's electrical grid from nuclear EMP, but has moved to harden their grid against American cyberwarfare attacks.
I know you do not comprehend what the above means, so I will explain  it as, Russia  not only has cobalt stealth torpedoes capable of wiping out the US coasts for five years, but Russia has hypersonic nuclear cruise missiles and Russia has  evasive ICBM warheards. All of these are first strike weapons to finish off the United States before America can strike Russia. As this progresses, Russia spent her Bill Clinton oil revenues in building bunker cities which could survive a nuclear war. Russia has civil defense to recover from an American strike in nuclear war.On top of this, Russia now confirms their electrical grid can withstand American cyberwarfare and that would mean nuclear EMP.
This makes the United States deterrent worthless in nuclear abilities. So you understand this, what Arthur Sulzberger just engaged in, with his CIA and IC associates, is that provoking Russia to strike the United States, and the United States  is not some nameless entity, but America is YOU. What Sulzberger engaged in was a deliberate act to get hundreds of millions of Americans slaughtered, and it begins with New York City.
The American People whether they support Donald Trump or not, have a major problem in 3 intelligence agencies, confirmed the CIA is at war with Russia, and that Donald Trump has not been informed. Sulzberger and Murdoch are whining about the world treason, when the real charge is reckless homicide on one hundred million counts.
President Vladimir Putin has done a remarkable job in keeping his intelligence and military in control over the incessant destabilization the west has been engaged in for two decades against Russia. There will come a time when Russia, unlike on 9 11, will not warn the United States of threats and crippling terrorism will place the vulnerable United States  in a situation where retreat will be the only choice.
What requires examination in this is not Donald Trump WWE theater, but why elements in the CIA, intelligence community, and that includes Rupert Murdoch of British  MI6 which brought American Pissgate, just published information to get New York City and 100 million Americans killed by Russian nuclear missiles?
That is a relevant question as Arthur Sulzberger with his large testicles ponders the word treason as Rupert Murdoch provides cover for an act designed to bring a nuclear holocaust to these United States.
By Mockingbird design the Russian are watching and have already employed counter measures to survive a nuclear war with America.

"Of course we have heard about this article in the New York Times, and saw the US president's reaction about the [paper] being 'traitors'. I don't know how to interpret this. Does it mean that they reported real information? Or did they throw in some kind of bogus story? In any case, we must react somehow, and understand what's being talked about here," Putin said.


"As far as the work of our critical infrastructure and energy is concerned...we need to think about how to protect ourselves from cyber attacks, from any negative actions. And we are not only thinking about it, but doing something about it,"


Why has it been American policy to expose her people to mass slaughter, and when it has not taken place, to entice Russia to  launching a first strike. Just who is it that is engaged in ridding the world of the American race?