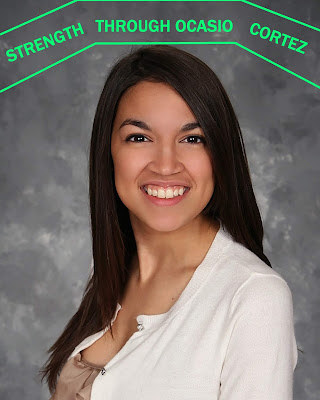 
I really would like it if Jews would stop being anti Ocasio Cortez, because after all she is Jewrican and she is pretty. This business of ACC being invited for a vacation retreat to a concentration camp, because she linked Japanese internment camps with the ICE Boarder camps or something, and her not going and Jews attacking her, makes all of these detractors AOC Deniers, in real hate crimes, because I have photos of ACC already having visited Auschwitz and here are the photos to prove it.


It was all part of the Strength Through Ocasio Cortez tour where she was promoting mining of rare earth minerals, using billions of tons of fuel to cremate the rare earth ashes, all to make her Green Earth World.

Here is AOC on her first day at Buchenwald. She is the second from the left. This is the indoctrination seminar for the pretty girls of Auschwitz and as you can see she already has an admirer in Hans Heinz Liebowitz, a nice Jewish man, who manages the Meet Muslims With Open Arms, club in Austria and Germany, whose facilities have helped in the rape of 546 German women, 32 children, 48 dogs, 3 horses and 1 fire hydrant. 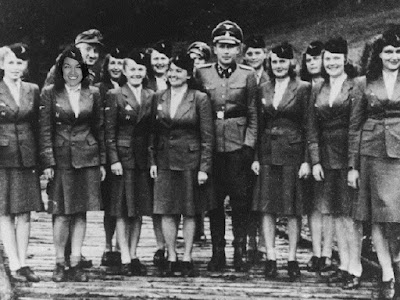 I am the OberJewrican of the concentration camp girls. 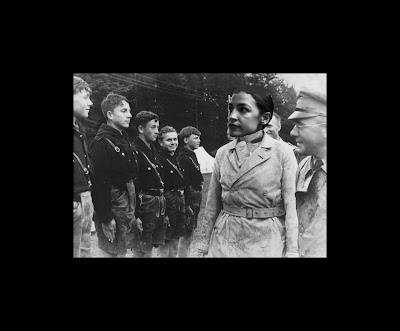 Such fine young men ready to be sodomites.


In this photo AOC meets with camp security director, Franz Joseph Dershowitz, who with his Belgian Shephard, ALF, keeps all of the visitors safe from all of the Muslims prowling around outside. 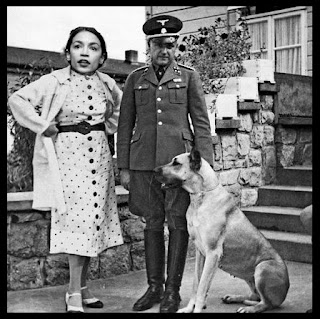 I think that dog is a little too white for my tastes.


This one is a favorite in AOC snaps an Obama Salute in teaching those Austrians how to salute their leader.


The last time you went on this trip it was reported that you also met w/ fringe Austrian neo-Nazi groups to talk shop.
So I’m going to have to decline your invite. But thank you for revealing to all how transparently the far-right manipulates these moments for political gain. https://t.co/TQkaPEESoD
— Alexandria Ocasio-Cortez (@AOC) June 23, 2019 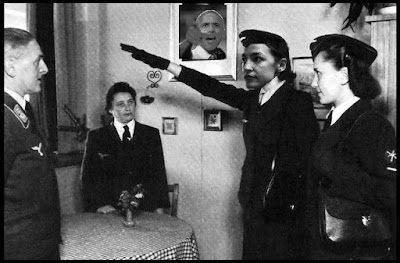 The correct angle for the Green Salute is 33 degrees.


AOC was very popular in the puppy breeding kennel, where only tan shepherds were allowed and all the white shepherds were blamed for all the problems at Auschwitz, made to pay reparations and then gassed humanely, if they would not leave the country. 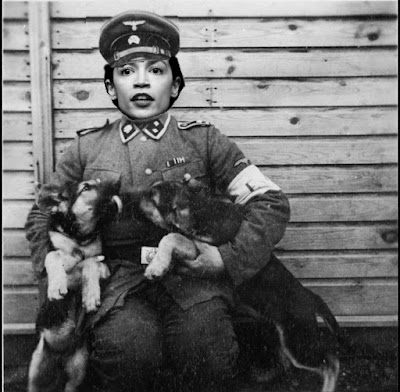 I only represent tan puppies.


AOC soon took command, in all of her superior ability in mastering the situation of the world, and was bring order to the chaos by nationalizing everything and making a social utopia for all. 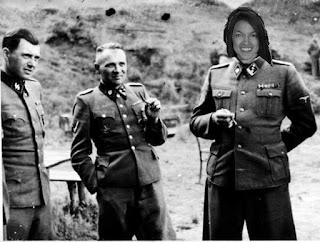 Why these strap on testicles do give you a feeling of command
while allowing the feminine order to lead.


In a thrilling afternoon walk, with Hillary Hamrod Clinton, AOC lead the inmates to their showers for a chance for LGBT community to frolic in the steamy mists of natural selection. No straight people were of course allowed. 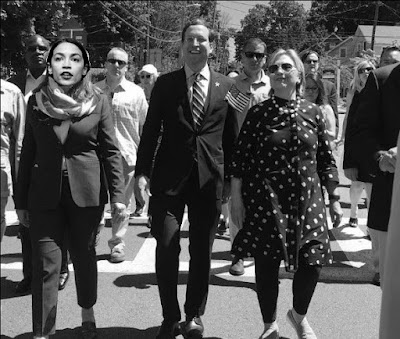 ...isn't that the crematorium they transformed the sauna into?

Lastly, in wrapping up AOC's whirlwind tour of CCR, Concentration Camps Retreats, not to be confused w with John Fogerty of Creedence Clearwater Revival, AOC inspected the vacationers in a Green Day Gay  Day Parade, where green sex with carbon emissions Muslims was celebrated. 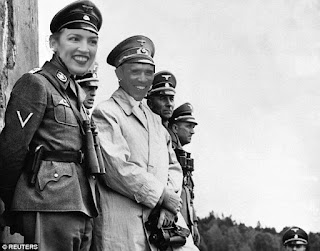 
So can the anti AOC racists please refrain, as AOC has already been to the concentration camps, and she like other socialists had a wonderful time. 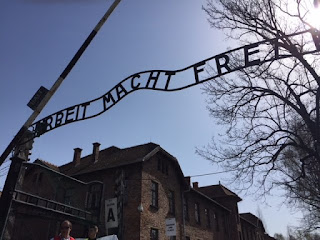