The Sinner of Miracles 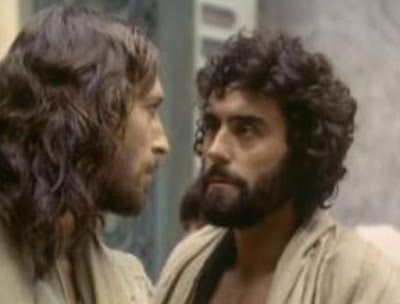 Now that Easter has passed in the  Full Moon of blasphemy, perhaps you will pay attention to something recorded in Scripture which no one ever considers, as of course is brought here by the Holy Ghost Inspiring this orphan girl.


In Scripture there is the commission which Jesus first gave the disciples. All of them are named, and all of them are sent out to the lost sheep of the HOUSE OF ISRAEL. That is not the House of Judah or the Jews. Jesus sent the disciples to bring the Gospel to the Lost 10 Tribes.

The work they did was supposed to be how they were paid by a grateful people.  As none of the disciples got rich saving the people, apparently the people then were like the rich now in reading this blog and not donating generously, as the people screwed the disciples over, just like this poor orphan gets screwed over all the time.


1 And when he had called unto him his twelve disciples, he gave them power against unclean spirits, to cast them out, and to heal all manner of sickness and all manner of disease.
2 Now the names of the twelve apostles are these; The first, Simon, who is called Peter, and Andrew his brother; James the son of Zebedee, and John his brother;
3 Philip, and Bartholomew; Thomas, and Matthew the publican; James the son of Alphaeus, and Lebbaeus, whose surname was Thaddaeus;
4 Simon the Canaanite, and Judas Iscariot, who also betrayed him.
5 These twelve Jesus sent forth, and commanded them, saying, Go not into the way of the Gentiles, and into any city of the Samaritans enter ye not:
6 But go rather to the lost sheep of the house of Israel.
7 And as ye go, preach, saying, The kingdom of heaven is at hand.
8 Heal the sick, cleanse the lepers, raise the dead, cast out devils: freely ye have received, freely give.
9 Provide neither gold, nor silver, nor brass in your purses,
10 Nor scrip for your journey, neither two coats, neither shoes, nor yet staves: for the workman is worthy of his meat.


I desire each of you to focus on Judas, in the power this man was given in Spirit. He literally was casting out demons, healing the sick and raising the dead, and he still betrayed Christ.

Judas is even more interesting in this, in the power he was entrusted with, and yet this is the man who "kept their finances" and is the man who would betray Christ, as once his appetite was whetted by Heavenly power, he still lusted for earthly power. See, you have to understand, the disciples and all of the people, got it wrong in they thought when the Messiah appeared, that He would set up an earthly kingdom like King David.
All of them were expecting to get a piece of the power and set in power and glory in Jerusalem with Christ. When Jesus told the disciples and Judas that he was going to die, this shattered Judas, as what he desired most in power and wealth was not going to happen. Jesus was not going to give him what he thought. He felt betrayed and so he betrayed Christ. This is not about excuses for Judas, as 11 out of 12 disciples ran away. Peter denied Christ three times. It is that Judas could not accept that Christ would ever forgive him. He had so conditioned himself to the darkness, that when satan entered into Judas, the door was wide open.

Was there sorrow in Judas? Yes he threw the money back to the Temple treasury. He regretted what he did and was mocked by the Sanhedrin, and then he went out and murdered himself, and in hanging himself from such a height, his guts burst from his abdomen from the impact of the fall.

No one ever contemplates the power Judas was elevated to. The power of God was in him and he did fantastic things, and he still did not have enough, as he wanted power and money on earth. He struck out at Christ in retaliation and this son of perdition, did more than fall from Grace, for he was like satan in, in himself there was no place found in Heaven for him. There was no forgiveness found in him.
The words of St. John by the Holy Ghost, were rejected in, "If our heart condemn us, Christ is greater than our heart". Judas became Spiritual, but like satan, became spiritual darkness, and once the Light became darkness, it forever stays darkness, and in that Judas spiritually died, before he murdered himself.

This was remarkable chain of events, as Jesus was drawing crowds often of 5000 to 7000 as were recorded in feeding them by miracle, but in Judah there were around 500,000 people. That means 1 in 100 people were gathering around Jesus, where He went. In the United States, that would translate in the 21st century that Jesus would be drawing crowds in states of 3 million at every stop. This kind of popularity got the Jewish leadership's attention and it had Judas drawn to earthly adoration, rather than Heavenly Glory.

It produced vanity in the disciples. They wanted the crowds sent away, and no longer were impressed with Christ's miracles, as they were common. That kind of head in the clouds produced the night of the betrayal a group of 9 who ran away, 1 who betrayed Christ, 1 who denied Christ and 1 who stayed with Christ in St. John.
John is the one who stayed fast, along with the women, but by the following days, Judas was dead in rejecting forgiveness and the other disciples in hiding.


The Life & Times of Jesus of Nazareth: Did You Know?

https://www.christianitytoday.com/history/issues/issue-59/life-times-of-jesus-of-nazareth-did-you-know.html
The population of Palestine in Jesus' day was approximately 500,000 to 600,000 (about that of Vermont, Boston, or Jerusalem today). About 18,000 of these residents were clergy, priests and Levites.


What I have learned in the death of the mother is that no matter the Bible reading and praying, a self delusion in people takes place in they begin to think themselves greater than God. It comes to the point that they think they are a law unto themselves, and start cutting corners, and giving themselves over to evil as it serves their purposes. Judas could hide money, steal money as he was deserving of that money. He could talk himself into anything, and he could judge Christ, because after all, was not Judas having miracles done through him and moving to, he was the one doing the miracles and not God.
This kind of worn groove cements and corrupts a Spirit to a spirit of darkness.

Everyone thinks they can handle sin, they can entertain sin. They can be like Cain couching sin, but that sin changes forever the person. They will claim that they did miracles in Christ's name and in that confession is the condemnation, for they did nothing, but it was God completing miracles through them.

No one  thinks they are going to fall into that trap, but the purpose of Peter constantly jumping out of boats into storms, and then screaming for Christ to save him, is the human condition. The majority groups are Judas and Peter, one condemns themselves and the other convicts themselves. Peter ran to the tomb for a second chance. Judas hung himself rejecting like most liberals any chance as they believe in their darkness that they deserve no second chance.

The most noted sinner against God is one who once performed the greatest of miracles in Judas Iscariot.

Few are St. John. Many are Judas Iscariot in being called and few are Peter in being chosen. Never forget that reality, because most of you have not been entrusted with the powers of Heaven, as you have sold out for nothing in attaching yourself to Christ as the cover for your vanity and sins.

Christ does not cover deliberate sins which are from a spirit in rebellion against God. It is a reality that once demonic influence appears in a person, that person begins festering in the worst sores of others like them, enjoying it, and it all changes them to an evil they do not recognize, nor care to recognize, as it is their choice.

The reason many are not chosen, is they have chosen something other than God.

How many of you can answer in Truth and honest question, of your looking Christ in the face like Judas did and lying to Christ, in the same delusions that you are not betraying Christ in things are more important that Jesus and you can handle cheating on Christ.

Can you even answer that question or are you so seared now in your hot passions of lust for what you want first, that you have no longer a conscience that could cast 30 pieces of silver back to the murderers you joined yourself to.

I have been sent to rip the scabs of delusions and lies off the sinner, not to lie to them and tell them that Jesus loves them.