Beam Me Up Pocahontas 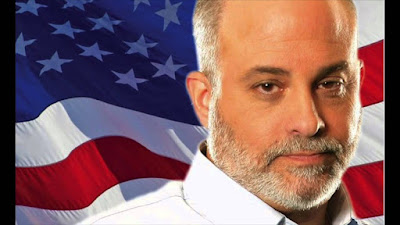 
I believe that there is zero honesty any more in this world.

On Wednesday July 10, Mark Levin was ripping Kamala Harris, as her people were slave owners in Jamaica. This quadroon is a fraud like all of these Afriods who are more white than black, but because this is about destroying the true White Israelite Protestant Christian from America, all is dishonest as the focus is genocide of God's People and nothing else matters.

So Levin is ripping on Pocoharris and throws in, "Have you seen the pyramids. My ancestors were slaves too".

I was like,' What the hell was that Maxwell?"

So Levin is a Jew. Being a Jew is a cult denying Christ, not a race. As for Levin, he is listed as a Russian Jew. If you looked at him, you can see he is a Caucasian, blue eyed, human.

The Caucasian are ASIANS, from the Caucasus Mountains and region. In Levin's history as is the majority of Jews, they are Ashkenazim or Khazarian, a people who were around the old Hittite Kingdom of antiquity. The Ashkenaz like Russians, are blue eyed, white folks, who are the children of Noah's son, Japheth.
The Ashkenaz were a brutal people, whose royality decided one season that they needed a religion, and summoned the Vatican and Jewry, and upon hearing the argument, chose to become Jewish converts.
This is where the "Germanic" or "European" "Jew" comes from. They were exiles, quite adept a being loansharks, which pissed enslaved peoples off, and when this very intelligent group of people created Marxism to exploit nations, and went on a assassination sprees in Europe of royals, the Europeans cracked down in pograms, which transplanted the "gives us your poor" to America, as Europe shipped out these anarchists to the United States to a welcome home to the Schiffs, where the rag trade bankers, would move into dominate fields like Hollywood and owning NBA teams.

https://en.wikipedia.org/wiki/Ashkenazi_Jews
These studies revealed that Ashkenazi Jews originate from an ancient (2000 BCE - 700 BCE) population of the Middle East who had spread to Europe. Ashkenazic Jews display the homogeneity of a genetic bottleneck, meaning they descend from a larger population whose numbers were greatly reduced but recovered through a few founding individuals.

For Mark Levin though to state his ancestors were building the pyramids is as ludicrous as Elizabeth Warren claiming to be Pocahontas the Indian. They are two different races all together.

The people who built the pyramids were enslaved by the Egyptians, and lived in the Land of Goshen, or northern Egypt. They were Hebrews, sons of Eber, hence the word Hebrew. These sons were of the line of Abraham, Isaac and Jacob or Israel. Jacob had 12 sons and one daughter. 13 tribes arose though as Joseph had two blessings in his sons, Ephraim who are the English and Mannaseh who are the Americans as Prophesied by God.


In Wiki it explains a great deal of this, and the Lame Cherry will interpret the missing details below. Below you will find the Ashkenaz displacing the Cimmerians and associated with the Scythians and Assyrians. Those names are not Ashkenaz peoples. The Cimmerians are SAMARIANS or the Lost 10 Tribes in their exile in moving through this area into Europe. On the Samarians pioneer efforts as this was all wilderness, the Assyrians, who exiled the Israelites, were exiled by the Babylonians, and followed the Israelites into Europe, and became the modern German, after the Israelite Germani, moved further west.
The Scythians were the combined "warlike cavalry" of the entire Lost 10 Tribes moving through Asian and into Europe. The Scythians or Israelites were wonderful soldiers, especially cavalry and served the Assyrians by force as much as Rome in Angleland or England years later.
It is why the Americans and English are still an Equestrian people.

The name Ashkenazi derives from the biblical figure of Ashkenaz, the first son of Gomer, son of Japhet, son of Noah, and a Japhetic patriarch in the Table of Nations (Genesis 10). The name of Gomer has often been linked to the ethnonym Cimmerians.
Biblical Ashkenaz is usually derived from Assyrian Aškūza (cuneiform Aškuzai/Iškuzai), a people who expelled the Cimmerians from the Armenian area of the Upper Euphrates, whose name is usually associated with the name of the Scythians.[39][40] The intrusive n in the Biblical name is likely due to a scribal error confusing a vav ו with a nun
In Jeremiah 51:27, Ashkenaz figures as one of three kingdoms in the far north

I am pleased for the garbage that Mark Levin was spewing as I would rather write about historical things than all this other diversionary propaganda which is being spewed all through the media. It just stuns me how Levin who claims to be honest, came up with this non reality.

A Judahite is an heir of Judah. Those people helped build the pyramids, as did the Levites and the Benjaminite who comprise the Kingdom of Judah after the exile to Babylon. Most of those peoples converted with Christ or in AD 70 were murdered of enslaved and shipped out of Jerusalem as those revolutionaries of the Talmud were driven from the Holy Land.

The elders of the Ashkenaz are the ones who sold the poor Ashkenaz to the Nazi war camps, and to cover it up, began calling them death camps. The reason these work camps had so many dead is ghetto Jews carried typhus, and when the Americans, British and Russians destroyed the food and medical trains, the people starved and the carriers spread the epidemic.

The Ashkenaz elite have a real validation problem as they hide in Jewry which does not make any sense. They are an accomplished race of most successful big mouths, who entertain and swindle. From the slum lord Jared Kushner to the mic head Mark Levin to entertainer Rob Reiner, and whoever else is an NBA owner of Blacks or is running Goldman Sachs enslaving everyone is debt, prove what absolute Darwin survival of the fittest they are. That should be celebrated.
I always say once you know that the Jews were such swindlers in America, that a law was passed that all they could deal in was rags, and they turned rags into the rag trade of a billion dollar industry, you got yourself a master race there who in every instance dominates the other races.
So why Mark Levin wants to racially loot the Hebrews who the Ashkenaz have nothing but contempt for and are moving to obliterate is just another one of those mysteries.

You though have the facts in this once again in another Lame Cherry exclusive in matter anti matter.

Frankly, I would have loved it if my people had owned slaves, but unfortunately we were always moral people serving God across the globe. Grampa probably would have had more than apples to eat to survive for a winter if he had a sugar plantation.

Oh yes, Mark Levin does have brown eyes, but he is a Russian Jew, but that Russian part has been censored from his Wiki profile for some reason now. Oddly, Wiki does not list in the new profile that Mark Levin built the pyramids back in the day and was floating along with the bull rush boat with Moses in the Nile.
Moses was a Levite, for the record.

Oh and by the way, for some reason, Mark Levin never mentions that "his people" produced God Inspired genocide on the Canaanites. I would think that would be something to note as that is what the Ashkenaz cartel is accomplishing in America, Europe, Canada, Australia, on the heals of Africa in the genocide of the White race Israelite colonists God planted on those lands running over the wall.

Too many details I know, but if I was Ashkenaz, I would use my loud mouth and do one propaganda job of noting how superior I was to all them goy, and hell them Judahites too as they have about them cut off the vine in dominating in who are Jews now too.