CyWarrior: That which is being planned for 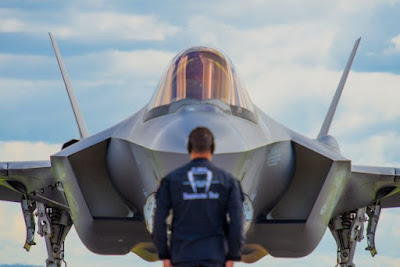 A coup has taken place in the United States of America, and while you were diverted by the Mueller Witch Hunt, the very Defense Intelligence Agency which provided Donald Trump the cover to become President and remain President has been decapitated inside the White House and outside in the Pentagon.

The United States has not had a Secretary of Defense for too long of period of time. Donald Trump has now acting replacements of the acting replacements, and in this the American Spectator focused on a most interesting turn of events in July, where the two  top Trump nominees in the Army and Navy were forced to resign from their posts by acting SecDef Richard Spencer.


On May 24, the Senate confirmed Adm. William Moran to be the next Chief of Naval Operations, the top officer in the Navy. On July 7, after a meeting with Spencer, Moran agreed to retire instead of taking his new post. What happened between those two dates to force Moran out?
Last week, Air Force Gen. John Hyten was accused by an anonymous “senior military officer” of sexual misconduct toward her. Will Hyten be forced out, too?


The Spectator rails on President Trump that he needs to fix things at the Pentagon, or appoint someone to do the job. The problem is, is this President has been a growing part of this paradigm since Mike Pence and Jared Kushner overthrew the 2016 elections removing Christians and Loyalists for Trump Trans.

The president needs to fix whatever is causing the failure of the Pentagon’s leadership. Trump won’t take the time to do it himself, so he needs to either task someone in the administration to investigate and fix it, or hire someone from outside the administration to do it.
We can’t wait until a big war breaks out to fix what’s rotten in the Pentagon.


That is the damning slip of the tongue of the Spectator in they know war is coming. Theresa May of London has been stoking this in American led coups against Donald Trump for an Obama 3rd term, as MAGA is dead.
What the above screams at me is the fact that a group has purposely seized control of the mechanism of the Pentagon the way John Brennan seized control of the CIA, NSA and FBI for the coup against Donald Trump.

The Pentagon is not under civilian control any longer. The Pentagon is no longer under military control. The Pentagon is under the control of the people who advised Donald Trump, who willingly brought the Pentagon to this headless feature. The only reason to have a Corporal or a Cocksuck in charge of anything is to manipulate it to nefarious ends.

By the above, someone has seized  the American war making machine. They have seized the entire nuclear and space arsenal of the United States. They have seized DARPA and the robotic cywarriors who will exterminate an American as much as a Russian.

The American arsenal is no longer under the control of the civilians nor the military. Who is now in control of this deep state network?

Something is Rotten in the Pentagon