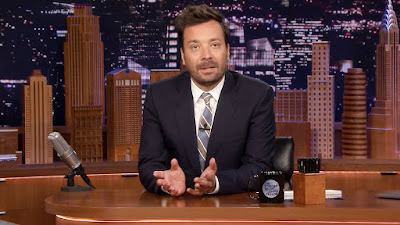 
Fortunately or unfortunately, by God's Grace, the Lame Cherry remembers things in Memory Alpha. That is why when I saw that gimp going before Congress and then dying right afterwards for dramatic effect for a 9 11 Victims Fund............I remembered something.

I remembered after 9 11 that Americans donated millions of dollars to the families who died in that series of attacks.

The Lame Cherry remembered that in the year afterward, most of these people were coping with all of that money, by having affairs with each other like perverts in fucking away their grief, getting divorces, living like pimps and destroying themselves on that gravy train.

Perhaps the Lame Cherry needs to make you get the point in what the hell is Congress doing in giving more money to people who already got piles of cash?
More to the point, this is 18 years after the event.  Why do people two decades after the event have some special right to get a second wad of cash after blowing the first wad of cash?

Here is a reality check in this, for those who still have their heads up their asses.


The September 11th Victim Compensation Fund (VCF) was created by an Act of Congress, the Air Transportation Safety and System Stabilization Act (49 USC 40101),[shortly after 9/11 to compensate the victims of the attack (or their families) in exchange for their agreement not to sue the airline corporations involved. Kenneth Feinberg was appointed by Attorney General John Ashcroft to be Special Master of the fund. He worked for 33 months pro bono. He developed the regulations governing the administration of the fund and administered all aspects of the program. Legislation authorizes the fund to disburse a maximum of $7.375 billion, including operational and administrative costs, of U.S. government funds.

US Government funds of 7.3 billion dollars? Just do the math in if there were 5000 victims, firemen and cops, that is over 1 million dollars per family. How the hell much more money do these people need? 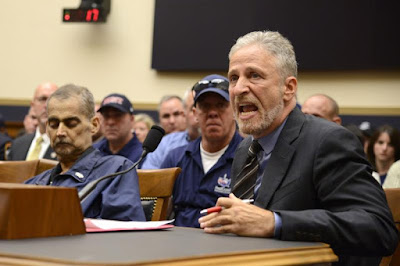 
I can't get one rich person to donate 350,000 dollars for writing the Trump time line, for giving hundreds of millions of people a chance, and Jon Stewart is pissing and moaning in another sham, just like people are more important than others who have cancer or others who had a parent die. Hell the mother died on me last year, and I didn't see any million dollars, and I was not out being a goddamn whore betraying TL in New York City.

It is time someone says ENOUGH!!! This is bullshit and these people in New York or wherever are not more important than any other American. You don't get the goddamn lottery for having Jews dancing on a roof.


I don't want this bill slowed up. I demand it to be stopped! There are enough government programs available for these people bankrupting America, that they need some new program, no more than the fact is these people are no better than any of you reading this, who would like a hand out too.

People die all the time and get nothing. People have shit happen all the time just as bad as dying in a crash or having a building fall on them.

If you can't make it on a million dollars, after being a sex pervert, then too damn bad, as life has limits, and these people do not have the right to suck the life blood out of the children of America just because something bad happened a half generation ago.