The Wings of Blessing 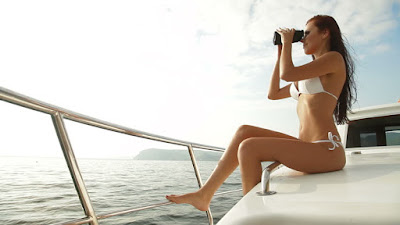 
Everyone seems to have a favorite bird. Teddy Roosevelt's was the Sprague's Pippet who he called a Skylarke. Our deceased neighbor's favorite bird was the Meadowlarke. While Americans love Bald Eagles, and I have had a love of many birds from Robins, Swallows, Geese, Turkeys,  Blackburnian Warblers, Chickadees, Grey Jays, Blue Jays, Orioles, Cardinals, Tanagers..........see I like them all really, even the Grackles, I have a bird as of late which is my favorite, as it is what I call TL's and my,  Bird of Blessing.

I have heard this bird for most of my life, usually at dusk, and always in years with a great deal of water, but this exotic bird, exotic as the Loon or the Peacock, was one of those mysteries to me like  the happy whistling Plovers.

TL and I on our walks though last year actually were hearing this bird on cloudy days, and one day we actually spotted it. It looks just brown as it flies high. I knew it was  of the Pharlorpes, or the long billed, short choppy body, with pointed wings, but I could not figure out which one it was, as there are so numerous of them.

I looked in my bird books, as I have numbers of new bird books of the last 30 years, but there was no description of this bird. See this bird makes a warbling sound as it dives and flies through the air, and all of these wading birds mostly have this obnoxious screech or other mundane sounds.

The thing is on "our place' the land we want to purchase we were trapping predators this spring for protecting nesting birds, when I looked up at the sound, and there was the Whoop Whoop Bird. The name we gave it as my dad had a German Lutheran Pastor who always said WHOOP WHOOP, every time a kid recited Bible verses wrong. With my dad, he should have added WHOOP WHOOP, with a 2 by 4 for the head and a wire whip for his ass.
Put it this way, a Lutheran Preacher called my dad a "dirty rat" on this wedding day, so although my sperm donor could recite the Bible and beat me over the head with it, he did need a bit of box  to the ears as that is what that son of a bitch was.

So Heusner was this Preachers name, and we call it the Heusner bird as we had no idea what it was.

I was talking about it one day in the Thrift Store and this dumb fuck from Kentucky who moved in here, weighed in, as he is a great wildlife expert. He said the bird was a "killdee".  We looked at him, like 'What the hell is that?", but he assured us.
There is no such bird as the "killdee", all there is, are  morons from Kentucky who call Kill Deer or Golden Plovers as "killdee".
Such stupidity only adds to my frustration as a naturalist, I really like knowing all living creatures from plants to animals to insects to fish. The greatest of relaxation I get is going on a walk and seeing things from bugs to snakes and just watching them.

So I thank the Holy Ghost as after seeing the Whoop Whoop, I looked again in 30 year old Wildlife of North America book, and came up empty. Persisting, meaning the Holy Ghost prodded me to divide and conquer for a list of the birds which fit this bird's description, I found not in the bird description, a description in the Pharlorpe class of a "winnowing" bird (I do not know what that means, unless it is eating bugs in the air) there is a bird who makes a whistling sound with it's wings.

I pronounced to TL that this was our bird, as I was setting for delusion as I can lie about things like this to myself to gain some respite and just enjoy it, as I frown at the bird knowing it is not that bird. 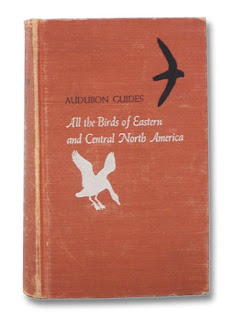 That is when I started looking through a 1946 or almost 75 year olf Audobon Guides book of All the Birds of Eastern and Central North America.......why there is not one book for all of the United States I have no idea, as they list birds out in the Rockies too, but I got to looking for Whoop Whoop and sure enough in this antique book in the lengthy description of eggs, habitat, where it winters, summers and nests, was this:

Snipe do most of their feeding early or late in the day, especially on cloudy days. It is during those times that it's most unusual flight song is heard. This is produced as the bird circles high in the air and takes sudden swoops that makes either it's wings or tail to vibrate and produces a noise not unlike the whistle of duck's wings.
During courtship flights it produces a high pitched, pulsating hum or whistle with it's feathers. This carries a long distance, usually the source is hard to locate and the whole effect is rather eerie.

Yes it is and God bless the Audubon people as they actually took the time to observe these birds, while the modern edits are just condensed drivel without the entire data of a species.

I am perplexed in this, as the Common Snipe, is anything but common in it's exotic sounds. It is just wonderful as it sounds like a boomerang, a 4th of July firework, a duck's wings in flight and something like the low notes of a flute. Birdsong would be a more appropriate name than Snipe.

Of course I am delighted with my Common Snipe, our blessing bird. Of course if I had my 10 cent antique bird book last year, I would have been delighted earlier instead of tortured. Also I would have beat that moron over the head, as it is a perfect book for punching people who are idiots. Now that I think about it, he was spouting religion at me when I first saw him, as I had a Bible and he was telling me what a great holy roller church he had........yes it admits dipshits and apparently being a dipshit and a liar is the basis of that religion like my old man's religion was being a bully.

So that is my favorite bird of hope. A bird that can be seen around the world, but is always at home in my heart. This is the bird Jonathan Livingston Seagul would have been if he knew there was more than speed in flight, and the poetic songs of the wings in flight. 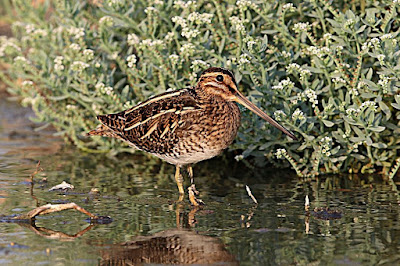 Yes the Common Snipe, the most melodic and comforting bird of flight. My bird of desire which my heart panteth after, for another year already to bring me the rapturious splendor of the skies.