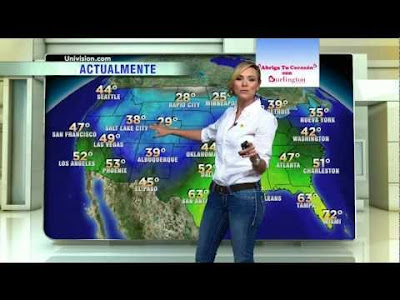 It is interesting to observe the machination of the Weather Moderators in HAARP, because after fulfilling the agenda of destroying American agriculture and wiping out farmers in wet and cold weather, a new vista appeared in late June of 2019, much to the ignorance of those who began riding the Lame Cherry revelations of what others termed Farmageddon.

ZeroHedge did a fine job in showing photos of corn fields which were usually hip high, and were only ankle high, which does not make corn. I though am going to again by God's Inspiration, and because I am not an asphalt queen who has no experience in the rural areas, educate all of you on something, because no one else is.

The old adage was corn had to be KNEE HIGH BY THE 4TH OF JULY in order for it to mature enough to make a corn crop before frosts arrived in September. Obviously this is generic to the upper midwest, as Illinois has a much longer growing season and Missouri does not plant corn until after Minnesota does in most growing years.

Now the Lame Cherry is going to educate you on something. All crops have a days to maturity or it requires row crops or cereal grains to oranges so many days no matter what to make a crop. You just can not grow a bushel of corn in 30 days.

There is something though that Glenn Drowns of Iowa explained in Heat Index which is necessary for growing a crop. It is why you can not grow muskmelons in Idaho mountains as there is not enough heat to make a crop, and if you grow them in greenhouses, you end up with those tasteless things you get in the grocery store.
Heat is what gives flavor to food. Too much water and it is bland, not enough nutrients and it tastes off. Making things taste good is quite intricate.

The reason I brought up the heat index is the last week of June, HAARP was enlisted in attempting to raise the heat index over the areas which have been cold and retarded crop growth. It became beastly hot and was killing people again in volume, along with animals as Kansas in their ripening winter wheat crop, was experiencing 95 degree heat. That makes dry harvest conditions which is necessary, but that heat rose temperatures in North Dakota to 90 degrees with 80% humidity. That is Missouri weather, and it is hell on things with blood in their veins, but if things have sap, and enough water, plants grow like they are in the garden of eden.

There is a trade off in this, as plants in cold weather, experiencing hot weather, without putting down roots, will not grow as they try to survive. I was amused in driving home in watching the big farmers here, in one sprayed too hot of Round Up on their beans and burned the hell out of them, as it was humid, hot and little rain. Other corn crops were stressed in their leaves were rolling up in the shock of HAARP heat.

Not all crops were doing bad though. The same bean sprayer has a crop just south of us, and his corn looks fabulous. There was a window in May of a few days that if farmers got off their asses and put in crops in the wet, they are doing well. The crops in later are not doing well as they are yellow (not absorbing nutrients) as it is too cold.

What Weather Mods though have been engaged in, is attempting to get these crops up to maturation dates. It is a sucker move I believe as it will move the farmers to spray the mandatory Round Up from big chem in more money going out of farmers pockets and the conglomerates making billions.

So for those lamenting that crops were not as tall as they should be, HAARP was attempting to rectify that very thing this past week by turning America into a high temperature green house.
Before though you think this is solved, these crops are still stressed in they will not bring record crops. What HAARP is engaged in is making it look like there are crops so the USDA will not have to pay out billions in crop disaster. See USDA pays 85% of crop, but if HAARP can generate 65%, the cartel accomplishes what it wants, keeps the USDA money and bankrupts farmers.

As I stated in the Drowns principle, crops need certain days to mature no matter what. That can be delayed or sped up by heat index which is the Catch 22 balance. 120 day corn can be shaved to 110 day corn to maturity, but corn is not going to in heat index turn into 70 day corn, no more than feeding a kid soy milk will make them mature at age 8. It still takes time in the maturity clock to get the human adult. 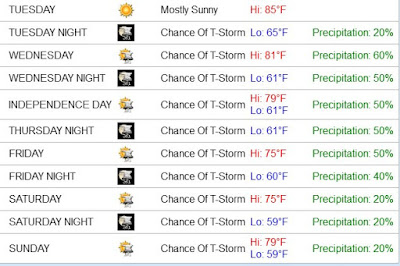 This takes moisture in humidity and rain to pull this off. Meaning the higher the heat, the more rain it takes to keep the plants alive, and this index raises daily as the crops grow, as bigger plants require more rain to live. The Catch 22 in this is, when it rains it the temperature cools off, negating the heat index.

In my garden, my heirloom corn was late, as it was a sod patch when I needed to plant as I was waiting for those  rich people sitting on their asses pretending to be Christians to donate generously.....and God knows they are not donating. My corn did not come up due to cold, and dry, until late May. In fact I still have some kernels germinating as of the last week of June. In the heat they are about 3 inches. My main 60 plants though were about 8 inches two weeks ago, but I figured they would make knee high and they are getting close with the heat index rising.
My potatoes which were Viking and Yukon doubled in size each week for two weeks. I have some broc that grew several inches. The tomatoes are growing but they are not responding to this cold and hot very well.
The beets look very good which delights me as I like eating beets in all forms.

What you are seeing in the above a signature of Weather Mod in not all crops are handling what HAARP created the best. The vine crops are suffering as they need constant warmth. The European lowland crops of roots and cabbages like this stuff.

OK so it is the first part of July and HAARP is trying to give the impression the crops are catching up. That means there are 60 days to a first week September frost which might take place as that is what the cartel has been angling for. That negates all maturity of crops, and will leave corn and beans mush, drying to piddle nothing.

As for the bread wheat, the early wheat looks sparse even in that cold as it did not stool. No I am not going to tell you what stooling is as I give enough information away. The later wheat is yellow and green in spots. It looks ok, but heat brings disease to wheat and it retards crop production.

That is what this is all about in production is down across the board and if frosts come early, it will ruin the northern tier. Storms have already wiped out crops in Colorado, and rain for row crops, is a major problem for wheat harvests in the same areas.

It is going to take a great deal of heat, moisture and humidity to bring the American crops along in a window that is shrinking every day as the clock is ticking.

I have concluded that all of this is the process of removing American farmers, land ownershp, where robotics will replace them in the next decades, as the Obama special nazi conglomerates take complete control of the United States.

It is the case though of the Lame Cherry providing more detailed and precise information than anyone else ever can as I have Inspiration from God which warned of this in October last year, and more to the point, have provided the inner workings of this, which no one else has and Mockingbird is suppressing.