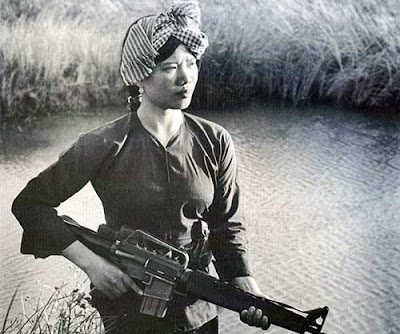 
Last year before the death of the mother when hope was a distant promise of not being homeless and dreams were of making the brier patch not another tour of duty.

Paul helped with this in suggesting a good any country dvd player as I can eat cold food and sleep with bugs, but by God I can not sleep in a wet bed or watch goddamn dvd's without an original soundtrack.

That is why Tour of Duty, Region 2 out of England appeared in original decadent rock n roll form at a fair English price, as no one wants that 19 dollar shit out of the United States.

I like firearms, and enjoy looking at them. In Season 3 of Tour of Duty some wonderful weapons appeared as the tour went into SOG or special operations with their tiger stripes.

In that a beautiful assortment of weapons were featured.


One of my favorite characters is Miguel Nunez. The weapon he is holding on the left if the M2 in 30 caliber. 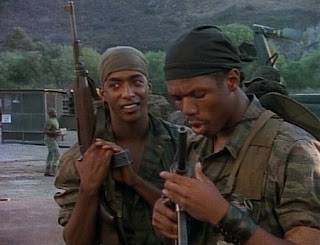 The character who plays Johnson mans a Grease Gun an M3A1. 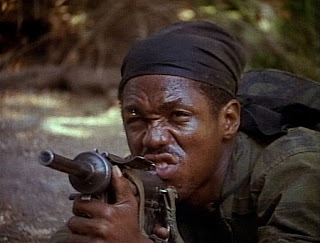 This is another view of the Grease Gun. 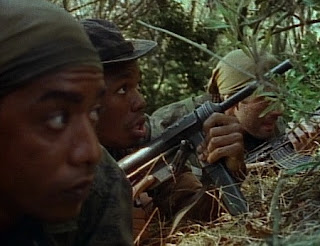 Lt. Goldman is armed with an AKM or an updated AK 47. These firearms appear often with just the pistol grip. 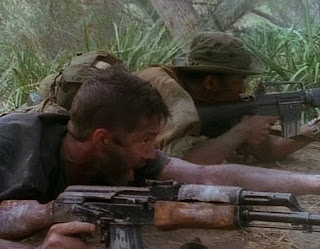 Zeek is pictured here with an Ithaca 37 shotgun in 12 gauge. 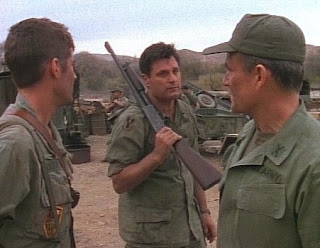 Ruiz is hands down the primo bad latin throughout the series as he is the one who has suppressing fire with the Pig or an M 60 which is most comforting. 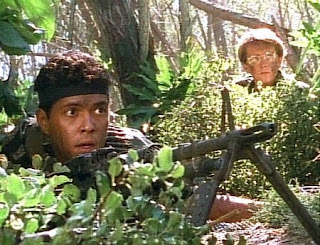 His SOG weapon is a unique, Smith and Wesson M76. 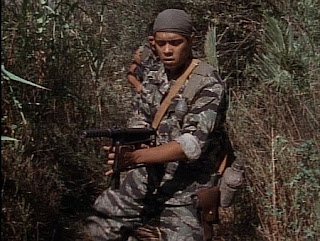 Here is another view of the M76. 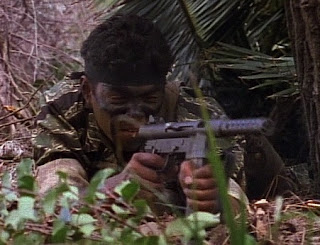 Purcell has another unique weapon in the Karl Gustav M45. 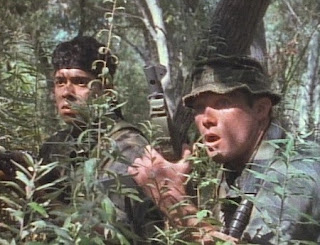 The featured Grenade is the M26. 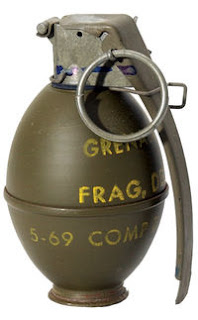 Pleasingly the communists are armed with two interesting weapons, and they are two female snipers.

The first is the Vlamet M78, a Finnish weapon,  which is employed at shooting at helicopters coming into the LZ. 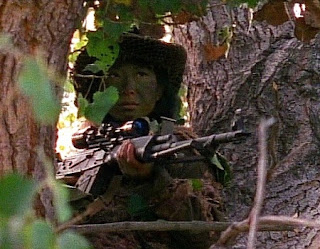 The second is an SVD Dragunov. All of these firearms are beautiful in perfect examples of weaponry, although quite exotic compared to the standard M 16 and SKS which were the majority of weapons in Vietnam. 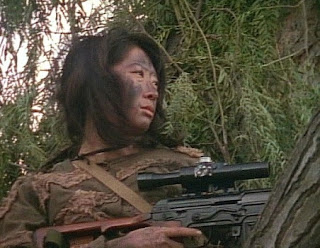 This is a superb series. The best military series for Vietnam and in all war series. The writing is the best. The first year Tour of Duty was spectacular, the second year they girled it up and it failed, but the 3rd year they matched the writing to the action in examining issues in reverting to the first season format.

The firearms work is realistic although this series and the firearms are stars which is appropriate.