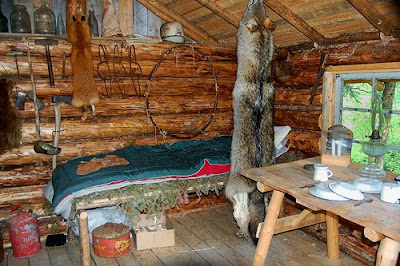 Last year when Uncle betrayed us and renigged on selling us our place, and the children descended for various reasons to sleep in daddy's bed and piss daddy's beer  out on the lawn, the power of God's reckoning was severe as we prayed to not let Uncle die until he sold us the place.

For those who think they can get away with wronging me, your time is coming, as I just have not been moved by God yet to focus on you yet. For Uncle though, within days of the betrayal he thought he was dying and he was.
I prayed that he would need us, and sure enough he phoned needing us. So that roped me into doing good deeds. Yes here am I a Christian doing good deeds to people who do not deserve them, as he said some really prick things to me in the interlude.

Winter found him out of state, as he would have died here. God moved me to more good deeds, and now I am in deeper than ever, and am getting deeper yet, as God's Spirit in me is far too compassionate, as I have sort of moved into the role of caretaker of our place, and what I thought was Uncle spending the summer here, has devolved to his children too busy for him, to a few weeks.

I asked him when he arrived if he wanted me to keep doing things, and he said things looked good, which was an affirmative. In studying him though and listening to him, he has atrophied in staying with his daughter by a good 30%. He just is not getting enough interaction and moving around. His body is shot though, but his mind is pretty sharp, which is why I listen to what he says, as he is not going to ask for help, so I offer solutions through his daughter. The main punchline in this is I saw the signs in fluid build up in his feet, ankles and legs. He is dying.
He mentioned there was not allot doctors could do, and he his heart was checked out, so it confirmed it for me, that it is weakening in the common heart failure. This all set in, since last October.
The mother was different in we got her going on our return from the metro in she had swelled ankles then, but last year when she started embracing the invalid role, started acting out on the evil which you nasty people have in your souls and manifested in her, I simply had enough of it, and told God, "It is a rock and a hard place. If she lives she is impossible to deal with and if she dies we don't have the money to live."

For 3 weeks we did therapy and got her legs drained, and she was recovering, but about 10 days into it, the  same goddamn plotting and scheming appeared in the lying in this woman, and at that point, God decided it was time to remove the mother before she returned to what she was.
I inquired of the matrix and it stated she was going to linger in the nursing home the first part of this year and then die in March. After a particular heinous event from this lying and stealing woman, I simply told God that I was removing my protection from her, and my aura was not going to feed this soul sucker, and with that she started failing like a shot.
Mercifully God stopped her heart the day after Thanksgiving. It was still a hell of a thing to deal with, but at least she was not here making things worse.

Uncle is not the schemer or liar she was though. He actually has improved in being a better soul. He had a hard life and that is what he was dealing with, and in Christ's compassion from what he mentioned about dying would be better, I am asking his daughter if he could stay the summer as this might help him recover, but I know from inquiry this time line is August 21st when he will die, as with congestive heart failure, the majority die within a year, some make it five and others make it 10 with meds. I figure Uncle is on the borrowed time of a year. The heart simply can not take the stress of all that fluid, so in my mercy it would be better if he was at the place he wanted to be, was working the last few beats out of that heart in not saving it to die in a geezer home, and he will perish here, which means I will be the one who will have to deal with things, most probably find him dead and again, it will be the Sherriff with the drama of the children.

That is if the time line I suggested to his daughter is the one chosen. Otherwise the timeline was certain, he would die at her home.

I will keep his place looking nice, so he will be pleased if it is just for the  two weeks. I will write the update letters to his daughter so he can keep informed and active, and then await his death.  Here it will be more like last year in checking on him to make sure he was not laying out in the yard all night having fallen, but either way the clock is ticking and the world will transform.

None of this is vengeance. None of it is angling for a deal. His children are going to have to learn that nostalgia solves nothing in life in hanging onto objects. I am just going to be a Christian in doing the right thing, for the simple reason, I would want that kind of chance if I was God forbid in that situation. I usually step up and walk in when most other people are walking away.

That is the reality though in helping Uncle die. I know the signs in heart failure. He was warm when I checked him the other day, but he was cool. The heart pumps hard and the person feels hot. My old man was the same way when his heart quit, along with the same fluid build up. Most people cling to life and it is a bitch to be in the situations I have been in, in knowing people are dying, acting like it is the fact that everyone knows, but denying anyone knows. I certainly do not like having repeat performances in this, but it must be something God knows I can handle. I get calm in crisis, but I still have not completely dealt with the death of the mother in all that entailed.

Old people for the most part have grande statements about going to old folks homes, wanting to die, having no reason to live this long, and then St. Peter shows up and they are clawing the walls hanging onto life.

It is what it is and while I am not of the Colonel Charles Askins, putting a 22 short behind George Parker's ear if he needed it, I am the Spirit who lies and says the iceberg is not so cold drifting off into the Bearing Straight.


Post Script: When I composed this, Uncle was in a vulnerable state, but four days later, after exposure to his well soused other daughter and second husband, all is now bitch slap me in they are going to handle things. I wonder how after their playtime in drooling over the property that this drinking duo are going to mow lawn from 1000 miles away. For some reason these children have a real thing for slaughtering the grass. Thing is this place was crying out in not liking the mistreatment of these people.
It will now be a matter of Faith, as this is dust off my shoes and God will provide the reckoning as I play nobody's fool.