Even in Atomic Wars Frust Juice is Imporant. 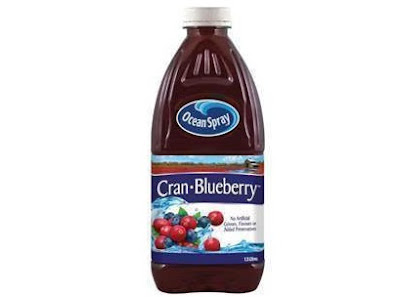 
In the world of the Lame Cherry in world wars, anti christs, presidents and profound thoughts, there are times when the world, which is in most instances rotates on a grocery list.

I learned something I had not considered, and that was when the Uncle sent us out to grocery shop.  Uncle is an exacting man, like I am an exacting girl, and by God you better get things right and right is his way. I can understand that as no one likes things they do not like.

On our first venture, we were told to buy a certain fruit juice, as the one his daughter had purchased was Cran Raspberry and he did not like that. Things were good, but he did check the groceries, and he as he likes a banana a day to keep the doctor away, I got him 10 bananas, which were green.....but was told that was too many bananas as they spoil, so we were sent home 6 of them.

The  went into a paper bag into our cellar and have since returned by God's Grace for me to not catch hell, as they were green on top, but starting to ripen. IF anything is said, the ones in the grocery were so green they looked like florescent asparagus.

Knowing what I know, I started asking him what they meant and name brands.

The ketchup could be generic as whatever was on sale. The cookies had to be chocolate chip, no brand necessary. Juice passed in what we picked up previously. W Bread, I was informed was WHEAT, no brand name, but he had not eating white bread since coons were employed a their best vocation as slaves.
For some reason, I never have had a coon donate money to this blog, at least I could not tell by their name. Jews, Catholics, Mormons and Latins do, but no coons, and I do rip those breeds pretty good here, but they understand it is not them.

Potatoes was the real test, as it was not white or red as I asked, but bagged. Yes instant mashed potatoes. Lord God I had no idea there were so many freeze dried potatoes on the planet. As all I got from him was the word BAG, TL and I were looking at bags and not boxes. I chose an  Idaho bag type, which I showed him, and he seemed to agree that would produce the necessary shit in 24 hours.

I was thinking of the Viking in this in his  Mom likes the way he makes oatmeal in the morning as it is just right. Lord God  I know our list we pick up is specific, but until you start grocery shopping for other people, you have no idea what looking in on elderly people is about. I try to always be specific as the mother was always "deciding' that what she wanted was what should be gotten, and what she wanted in most cases was cheap or she was too lazy to look for what I wanted.

So that is your lesson this week, in if you have to shop for your parents one day, take some time and get it right as food is one of the things that people can enjoy and it makes up for being a shitty kid. I do things the way Uncle wants every time, and that makes him scowl less and smile more. I am building trust that he know I always ask, and if he says NO, I am not badgering him about shit like everyone else does or deciding it should be done their way.

I keep praying though as God smooths all of the rough spots, but I still stumbled into some of the kid things or girlfriend things that I should not have brought up in just trying to fix things or do things that needed to be done. I heard about it big time, got my feelings hurt, but at least I am family enough to get my ass chewed and that is what this is all about, in giving someone  as many more days out of the geezer home, than dying in one.

I doubt anyone is going to be nice to me, and I would be better off left in a road ditch to die, but at least before God I am going to get things done right or at least have a chance in the Uncle, and not leave him out behind the shed for the wolves to gnaw on so the kids can inherit the earth.

Once again, another Lame Cherry exclusive in matter anti matter. I know I was warned not to do this shit again by a friend of the blog after the mother, but it has been mostly positive in Uncle ain't the mother times ten. That helps, but I still got to get the right number of bananas and God help the soul that brings home the wrong fruit juice.