Trump needs to stop nibbling around the Edges 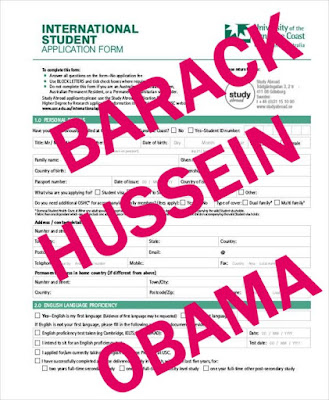 President Donald Trump has a pattern in not taking grande steps, but instead enages in political battles of small scale and magnifies them by the presidential spotlight.


GOP rep on Trump's Cummings tweets: 'I wouldn't be tweeting this way'


These types of situations are in the odds of chances a win for the President as his footprint is large compared to the swarthies like AOC or Elijah Cummings in his criminal problems. The problem is a blunder in this, and suddenly Donald Trump has tripped on his own feet, and makes a twig into a towering redwood.

The  President on Sunday, was also engaged  in taunting Barack Hussein Obama to  "fix" things in Niggerland, which is a sound political strategy as it exposes Obama having created the problem, but as Michelle Obama shadows the President, there is also the problem of putting Obama into play, that  Obama may come into a percentage play of driving the black vote that the liberals are attempting to suppress for their candidate, who will then nominate a democrat who will be the one who can defeat Donald Trump, and not the Netroots loser.

The current political diversion is to focus on Quadroon Kooks led by that bizarre Jarrold Nadler of New York alienating most of the electorate in "impeachment" hearings. The crazy leftist base drools over this, but it is off putting for voters in 2020. Nadler is looking extreme and alienating the public, by design, which is what Webster Griffin Tarpley stated would take place in a split in the democratic party between Nazis  and Marxists.
Donald Trump gets the Nazis and the democrats get the Obama communists. Nadler is helping re elect Donald Trump as are the Quadroons. 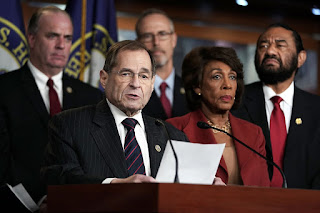 Mark Penn: Mueller's testimony and investigation are over -- THIS is the serious threat we now face


These  are the diversions Donald Trump should not be engaged in. They are weak and sap the strength of his voters. No one inspires voters with victim or defense strategy.  The Rose Garden killed Jimmy Carter politically as Ronald Reagan maneuvered.

The Lame Cherry submits that Donald Trump move from these worthless island tweet hopping and move to testosterone island with a deluge of political adrenaline and revisit what began all of this, in Donald Trump rightfully questioning Barack Obama's legality of having been President. Donald Trump does not question if Obama is a squatter American, but was in violation of the United States Constitution.
Donald Trump does not mention Birther Hussein, but somehow the Department of Justice requests a legal filing on Kamala Harris being on the democratic ballot as she is not Constitutional.  Donald Trump gets his answer in knowing the federal courts will back this assessment, and when it comes, make certain that one of the Justices references Barack Hussein Obama's status requiring a like review, as John McCain was reviewed, and as  Ted Cruz should have been ruled  on as a Canadian.

Someone provided Kamala Harris as the opportunity in this to wipe out Birther Hussien, and the President's hands are clean on this, as the courts decree that Birther Hussein is illegitimate......and so is all Obama policy.

Donald Trump needs to stop nibbling around the edges, and run against Birther Hussein Obama, who is unpopular, America has moved on from and liberals do not want on the ticket in 2020.

So put Obama on the ticket as the unwanted and unelectable communist, and produce a Trump landslide. 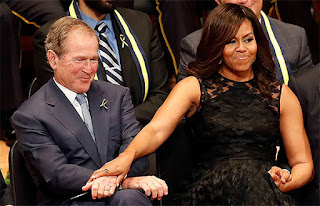