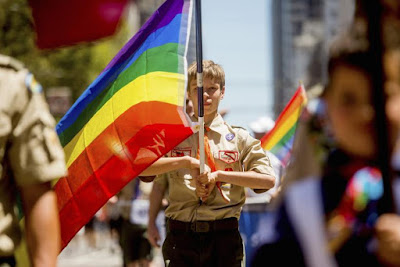 I received from the Holy Ghost several times this week the following Scripture.

31 A noise shall come even to the ends of the earth; for the LORD hath a controversy with the nations, He will plead with all flesh; He will give them that are wicked to the sword, saith the LORD.
32 Thus saith the LORD of hosts, Behold, evil shall go forth from nation to nation, and a great whirlwind shall be raised up from the coasts of the earth.
33 And the slain of the LORD shall be at that day from one end of the earth even unto the other end of the earth: they shall not be lamented, neither gathered, nor buried; they shall be dung upon the ground.
34 Howl, ye shepherds, and cry; and wallow yourselves in the ashes, ye principal of the flock: for the days of your slaughter and of your dispersions are accomplished; and ye shall fall like a pleasant vessel.
35 And the shepherds shall have no way to flee, nor the principal of the flock to escape.
36 A voice of the cry of the shepherds, and an howling of the principal of the flock, shall be heard: for the LORD hath spoiled their pasture.
37 And the peaceable habitations are cut down because of the fierce anger of the LORD.
38 He hath forsaken his covert, as the lion: for their land is desolate because of the fierceness of the oppressor, and because of His fierce anger.

For your understanding Noah was called by God to deliver a Prophetic warning to the world population to stop being selfish, perverse and evil. Noah's testimony is not listed as to the length of time, only that it was to be in the building of the ark.
The Bible does not state that Noah was warning people a flood was coming. What the Bible states is God had  already passed Judgment and Noah would be saved, his family and the animals who God sent to the ark.
Noah was 500  years old when his sons were born. The Lame Cherry is going to provide you something never known before in this testimony, and that is the Bible states Noah was 500 when his sons Shem, Ham and Japheth were born, listed not in birth order but Spirtual order.
These 3 boys were triplets. His wife conceieved and produced them all in the same year. Their wives would represent the genetic roots of the three races of humanity, but these boys were born the same year. No one has ever noted that before by God's Inspiration.

One would think the rich people would make a generous donation over that one.

To further this, Scripture states that Noah entered the ark in his 600th year with the promise from God that in 7 days the deluge would begin. The reason the flood began, was because Noah's father, Lamech, died when he was 777 years old.Noah was the demarkation line from the line of Adam, which was to be birthed into the new world rid of the Cain race of corruption, who murdered Abel, and from the Seth line of Adam and Eve.

Lamech was the last of the ancients. With Noah and after, the world changed from mists watering the ground to rain from the skies, and God's Rainbow of Promise to not destroy humanity again by flood. People's life range also began lessening to 120 years.

And Noah was six hundred years old when the flood of waters was upon the earth.

And all the days of Lamech were seven hundred seventy and seven years: and he died.

While you have been provided by these outstanding insights in God's Grace from the Lame Cherry, it does not change that a final deluge by fire and brimstone will arrive. Nothing more is required to bring the execution of sentence.
God though has His reason for the time. It may be someone like Lamech is the trigger point or it may be something else. I have not inquired and while God would  tell me, I have no interest in knowing. It is enough that God knows as I trust in the Lord.

It required Noah 100 years to construct the huge ship. While the days of Noah which Christ sites concerns with people existing in lives of their own selfishness, as the creatures of earth are engaged in now to their great harm, it is a given that the clock is ticking.
The open window in this appears connected with the Biblical verses that the generation which witnesses Christ's warnings and the re establishment of the place of the Holy Land for the construction of the 3rd Temple, is that time line of that generation, and that generation is moving to a close.

All have been warned, few have listened as the majority are apostate, and are fulfilling the worst cataclysm in history since Noah, and it will be greater as there are billions upon the planet who will rot upon the land when the execution of sentence comes.


I would add, woe to the sodomites who have corrupted the Rainbow of God to their degenerate form. It is an abomination to bastardize and defile God's symbols and that includes the image of Him in humanity or His bow in the sky.