It is time for President Eric Trump 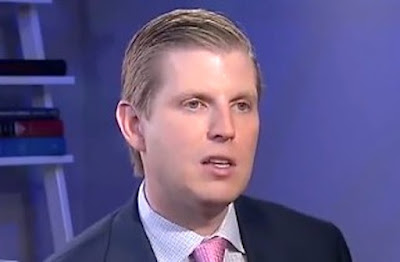 As this blog has noted, the National Rifle Association is dead, it is rotting from within from the disease of Wayne LaPierre graft and the Board's self serving pimping. Trust has been obliterated by the betrayals of LaPierre who seats himself upon a throne like Richard III, seeking which infants he may strangle today in order to keep power. Trust has been vanquished by the NRA Board which has stood by as the body count rises and the NRA bleeds out of money as the rank and file refuse to be a part of this venereal orgy of death in the LaPierre chamber.

N.R.A. Donor Directs a Revolt Against a 'Radioactive' Leader ...

https://www.nytimes.com/2019/07/02/us/nra-donors-wayne-lapierre.html
Jul 02, 2019 · NASHVILLE — Even as the National Rifle Association has been consumed by relentless and increasingly public infighting, Wayne LaPierre has maintained a firm grip on its leadership. David Dell ...


This blog has noted from respected gun leaders in Tom Gresham of Gun Talk, the realities which millions of Americans are espousing in the NRA no longer serves them, but is a group of industry insiders who prefer liberals in power is this increases  the prices they charge Americans for guns, ammo and services.
The NRA has protected the gun industry by advocating for dangerous embargoes against Russia in affordable firearms as the US gun industry is no longer American, but European owned and in most cases Turkish Islam manufactured.

This is what the anti American leadership of the NRA has produced, and it has killed the NRA with a plague that is the virus of Wayne LaPierre.


David Dell’Aquila, the restive donor, said the N.R.A.’s internal warfare “has become a daily soap opera and it’s decaying and destroying the N.R.A. from within, and it needs to stop.” He added, “Even if these allegations regarding Mr. LaPierre and his leadership are false, he has become radioactive and must step down.”
Until that happens, Mr. Dell’Aquila, a retired technology consultant who has given roughly $100,000 to the N.R.A. in cash and gifts, said he would suspend donations — including his pledge of the bulk of an estate worth several million dollars.
He said he was among a network of wealthy N.R.A. donors who would cumulatively withhold more than $134 million in pledges, much of it earmarked years in advance through estate planning, and would soon give the gun group’s board a list of demands for reform.


The Lame Cherry has been at the forefront of this warning before this death watch has taken place. It has produced the evidence, and it has called for the President in Donald Trump to protect gun owners in placing the NRA into receivership, with a committee led by Tom Gresham and Jeff Knox to form an interim stability counsel to restore trust in the National Rifle Association.

President Trump has not moved though and this blog once again produces a white paper in how this President can save the NRA and restore this fine organization.  The Lame Cherry calls upon the NRA donors along with President Trump, in appointing the Gresham Knox counsel, to elect the President's son, Eric Trump as President of the NRA.

Donald Trump has done only one thing in promoting his children and that is to groom Ivanka to be President of a Trump party which does not desire the kind of liberal camera not shy persona that Ivanka is. As the Lame Cherry noted in 2016, the one true natural leader in the Trump children was Eric. It was his speech at the Repbublican Convention which set the rest of the Trump campaign to victory after the upheaval of Ted Cruz.

Don jr. is a man who there was hope for, but his being a man whore, destroying his marriage and abandoning his children hs proven he is not ready for any kind of leadership. Tiffany is a toothsome liberal who devours her father's building legacy in more self indulgence. Barron has not yet proven he is capable of doing anything but wearing short pants. Ivanka as stated is not any kind of leader. She will never be a Hosni Mubarak rising from the funeral procession of Anwar Sadat to greatness.

It is Eric Trump though, philanthropist, businessman, husband, father, who has in his quiet way among the boisterous father, glamorous mother, model daughter, aggressive older brother and timid younger brother, who has proven there is metal in his person with a weight which reminds one of the substance of his Grandfather.

This is why the NRA needs Eric Trump. A President's son who is capable and willing to take a risk for his father's voters and the protection of the Second Amendment, would provide Mr. Trump with the opportunity to prove he is capable of national leadership of a most robust and dynamic group of Americans, who is constantly under attack and which must in the modern era straddle a line of humanitarian adulthood in the reality that guns are designed to kill things in defense or procurement of food, but they also are recreational and at their Constitutional foundation are there not to take life, but to preserve the life of the innocent, when the police state is not available, which it never is in a 15 minute away 911 call.

President Donald Trump needs to save the NRA if this President is a real NRA defender. He needs to do more than state that the NRA needs to get it's act together. He needs to be Teddy Roosevelt in robustly embracing a narrative, and placing that narrative in the hands of a trusted son in Eric, who is capable of restoring the NRA and taking the NRA to greater political and financial presence for the defense of American Rights. 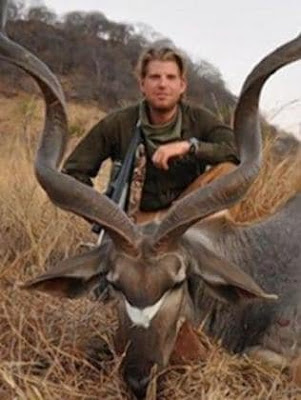