It was a Trump Card 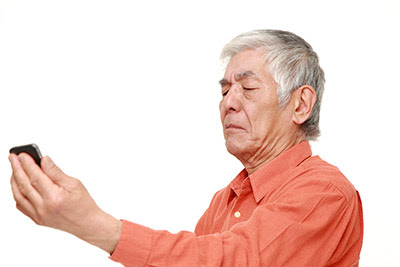 Well using my grandkid as a weapon to hold my kid hostage
didn't work.......


Well we were having a nice Friday, and people always want to know about my life here, so I propose to give you the fun I just experienced.

I will start this out with, TL's parentals and sister loathe me. They treated me like shit in the metro. The sister tried to break us up several times, the father called me a dumb ass and the mum was bawling on the street trying to get TL to dump me.

I was told by the mum that I could not appear at her home, unless I phoned first and gained permission. They  are a pompous, self righteous group who are weak and sought to keep TL wounded so they could control TL.

That is enough of a background in why we do not associate with the people as Mt. Everest of charges is not going to change the above.

So TL and I arrive home from a perfectly lovely hot summer afternoon, where we were at garage sales, where an old guy talked to us for 90 minutes, was telling us all the details of his life, and was showing us all of his fun stuff in his garage. I kept thinking, "Dude you should not be showing strangers all your stuff", but this is the brier patch and people here are open  as they have guns to kill you with.

We took the luxury of a nap, as we have a break in looking in on Uncle and being at his disposal, and that is when I got up, and noticed this note in the door. I thought maybe the propane people did a summer fill, and then I opened it up, and here was a note from the sister, addressed only to TL, saying they had been there, and would be back, with the sister's phone number.

I went through the roof as I was really displeased in this bunch thinking they can show up on my door step when I was treated like the hired help down there. We talked it over, and TL figured TL would call them, and tell them to not reappear, as knowing them they  think I am holding TL captive.

Just as TL was calling though, I had been outside preparing our altar rock for devotions when I heard a vehicle, and knew it was them. I went in and told TL there were people here, and said I would be making supper and doing dishes.
Of course I was monitoring the situation as I was not going to leave TL to hang out to dry.

I watched as the father was quite rattled, in he got out of the vehicle and it took off 10 feet, to which he eventually stopped it. Then I watched the Trump Card get out. The sister had a 13 month old kid, but no husband in tow. There was not much information on this as we think he is a faggot, and by my calculations her short marriage had her get knocked up, 9 months to the day her residency would end, and with that she bolted back to the metro without husband, to raise the poor bastard at the parentals.

I had told TL that they had something to spring on TL that would prey on TL's good nature. I had thought maybe it was the dead gramma, but as the sister put on smiley face on, I should have suspected it was a child.

So this went on for 8 minutes and I was not going to put up with them stomping around on where we live like they owned it. I figured to give TL five more minutes to tell them to leave, but that lasted 3 minutes as I was in no mood, and out the door I blew and believe me I slammed the door so the neighbors could hear.

That is when things got interesting in psychology in the father moved to protective mode, and he name greeted me and I loudly said his name. The old lady is always a ball buster and treated me like shit, but she just stood their sort of aboriginal grinning, while the sister was in the background with the kid.

Somewhere in this, I asked TL, "You want these people here?" To that TL said, "No", and with that the motion was going in retrograde  and I heard a string of Goddamned lies which are stuck to them by Jesus  Name.

It was in this informing them of their abuse that they tried to play the trump card on me, and I know I had the old man rattled yet, as he blurted out in innocence, "We just brought the child to TL to see TL's niece".

See what I heard was the real thing which was up, in, they were using that kid as TL's weak point, which they were, and they thought they could shame me by using that kid.

Lord God, people have no idea what kind of Righteous Fury beats at my Spirit as I was breathing fire and while they understood judgment had come, they still thought they could pull the same shit they always pull in polite company bullying.
See the old man said I was welcome at his home, contrary to the mum. I parried he was welcome there.

But that is where he misplayed it all in the niece comment cutting me out of the family, as those people would rather have Adolf Hitler  than me. Into this they heard me say with authority, "So you're using the kid as a tool in this".

Of course there were denials, but we all knew what the hell was going on from these contemptible manipulators.

With that the sister  stepped forward like some Indian Mahabharata soliloquy with, "If I have done anything to make you feel , then I am sorry".

My reply was, "No, you're as pure as the driven snow".

Her response was, " I appreciate your sarcasm", but the old man said it was time to leave as he knew their manipulation did not work, and with that pure as the driven snow, was told, "Yes you did nothing like trying to break up TL and I by taking TL dancing over Christmas".

See they know what they did in spades and with the little bastard not wanting to get into the car seat and bawling, sat on Zelda with TL awaiting for their shadows to leave.

Yes I know in their illusions and delusions, it will be they were innocent, I was beasty and that I control TL, but that is not the reality as I know these pharisees for what they are.

So I doubt many of you have ever run your in laws, or what is the term of people who so detest you that they will not acknowledge you part of their family? Anyway, I doubt you ran off your whatever to the tune of a 13 month old pawn bawling as the bastard did not want to get into the vehicle with those apostates.


I hope that is the last of them.  I hope that after a 9 hour drive, a hot day, getting run off where we live, having to gnaw that over all night and then having a bawling kid in the heat for 8 hours tomorrow, that they will have had enough of trying to seize control of TL again.

As I stated that was their trump card, the one they thought they could play to get at TL. TL is kind, but I am not going to be manipulated as I  survived two sociopath parents, and there ain't no one who is  going to bluff me when my blood  is up.

The answer will now be for permission a NO. It was contemptible as today  was using a 13 month old kid to try and hold TL hostage. Push me one step further and I will file a complaint at child services to have them investigate what kind of people use infants as psychological pawns.
As I stated, people have no idea what kind of Spiritual and Psychological whipping they are in for........well I think some suspect and that is why I get a wide berth usually online and off, but  I experienced one of the most contemptible scenes ever today in people using a child to get at TL. Then again my horrid sisters were always using their children to try and  manipulate the mother. I have a great deal of experience with the worst that humanity has ever produced.

God is going to hear about this and I will have results. I will not be wronged. I will not be laid a hand upon. I will not be humiliated. As John Wayne said, "I don't do these things to others and I do not allow them to be done to me".

Those people will rue the day they activated me, as I activate God, and I will have satisfaction in this.

Their evil destroyed my crops, killed my animals, almost got TL and myself killed several times in "freak" car accidents which appeared out of nowhere, treated us like trash and were one of the main reasons for all the hell we experienced with the mother, and more to the point helped put her into an early grave.

Show up here using a 13 month old kid pimpin' as bait. What the hell Maxwell.