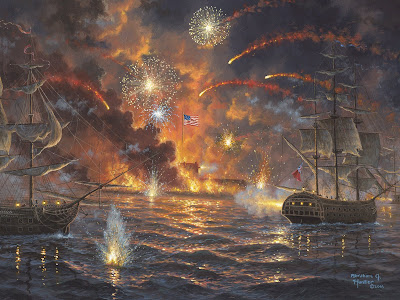 On July 2nd, the Holy Ghost provided me with the following Bible verse.


Thou hast covered Thyself with a cloud, that our prayer should not pass through.

Before the Judgment of Israel and Judah, and the divorce by God of these ancestors of the American people and the people of the west, God warned them of the dire consequences for a nation in covenant or wed to Him, in pushing Him aside in ignoring His Commandments.

America was founded on Protestant Christian virtue of Law and Gospel. America and the West are no longer the children of Covenant, but the bastards of Proverbs 28. They are nations of debt, owned by foreigners, terrorized and their own peoples are treated as enemies of the state.

Jeremiah the Prophet was sent to warn Judah that she was worse than Israel, and the same Judgment awaited them. Their response was to brand the Prophet a traitor and attempt to murder him.

The persecution of the faithful, corruption in the regime, promotion of homosexuality, the rape and murder of children for self indulgence and a national policy of having removed God as the moral code of the nation, was the reality of Israel and Judah, and is  the reality in America and  the Western peoples this day.

The Prophet lamented the death of his nation as the towers fell. The Holy Ghost moved him to write The Lamentations of which the above verse is featured. What a rejected people who once stood before God on Sinai and now had moved God to build His own border wall so the prayers of these divorced children would not bother Him in Heaven any more.
The message is set. The false teachers lie of America in a revival. They produce the fiction that America and the peoples of  the West are wonderful people, when they are the people who are as apostate as Jewry, Muslims, Jesuits, Hindu, Communists, Socialists in they all have rejected the Lord Christ.

God witnesses the rebellion, the iniquity, the sin, all the same words, in people hating Him.  He will not hear nor have mercy as He has covered Himself with a cloud in divorcing peoples who have rejected the Covenant of Christ.

IN THE NAME OF GOD, AMEN. We, whose names are underwritten, the Loyal Subjects of our dread Sovereign Lord King James, by the Grace of God, of Great Britain, France, and Ireland, King, Defender of the Faith, &c. Having undertaken for the Glory of God, and Advancement of the Christian Faith, and the Honour of our King and Country, a Voyage to plant the first Colony in the northern Parts of Virginia;

JAMES, by the Grace of God, King of England, Scotland, France and Ireland, Defender of the Faith,


When in the Course of human events, it becomes necessary for one people to dissolve the political bands which have connected them with another, and to assume among the powers of the earth, the separate and equal station to which the Laws of Nature and of Nature’s God entitle them.

And for the support of this Declaration, with a firm reliance on the protection of Divine Providence, we mutually pledge to each other our Lives, our Fortunes and our sacred Honor.

You made the contract. You pledged everything to God and you shattered an unbreakable Covenant again. These actions have severe Spiritual consequences.