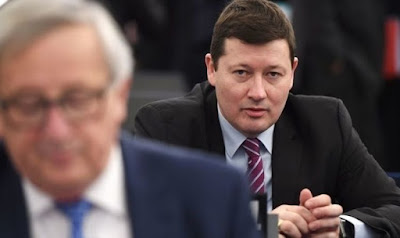 I would that all of you would take note of this information which TL uncovered, for it is the workings of what the United States faces, in the man whose hand has set the clay which will shape the destiny of the world to the 22nd century and none of you know his name. This man has created the believers who will be the group which makes the anti Christ's clock run on time to the trains.

The man behind the European Union, the power behind Jean Claude Junker is Martin Selmayr. According to the record of Selmayr's service, while Junker guided the European state, it was Selmayr who appointed the entire civil service structure of the workings of the European Parliament. MP's are elected, but the way government works is the appointees implement the policies or retard the policies, and while Emanuel Macron and Angela Merkel can overthrow the 2019 European elections in Parliament to put into place their lameduck stooges to dictate to the ducks Berlin and Paris' will, it is Selmayr who will be controlling where Europe goes.
Selmayr with Junker saw the intrigue of Macron and Merkel. He witnessed Steve Bannon and the anti Francis Jesuits, and acted to protect the mechanism of EU Parliament by appointing their believers into every key position, which will be the government of Europe, and not Paris and Berlin.

Before leaving the European Commission at the end of the week, the lawyer ensured that some of his most faithful staff were given a career boost. An EU diplomat even spoke of it as “Operation Evening Sun”.

In Brussels, there had long been talks of Selmayr compiling a list of confidants to be promoted to higher positions before Juncker’s term came to an end. Now, the list has become shorter and does not only contain the names of Selmayr’s friends.

All in all, however, this is a slight to Ursula von der Leyen, who will succeed Juncker in November. To determine staffing issues a few months before Juncker’s successor takes office is creating new facts for the next Commission. It could also be interpreted as an unfriendly act.

First of all, Selmayr has planned his own career, which has now taken an unanticipated turn. Christian MEPs from Germany’s Christian Democratic Party (CDU) had forced von der Leyen to drop Selmayr before her election. Otherwise, at least 20 MEPs would have refused to vote, which would have cost her the presidency.

Sources suggest that even the German Chancellery intervened so that Selmayr would not maintain his position in the new Commission.

Starting in November, Selmayr will lead the EU representation in Vienna, an unspectacular position for an ‘alpha animal’ like him. In Brussels, his new appointment is viewed as a ‘cooling pond’ before he goes on to the next challenge.

In the worst of this Berlin and Paris overthrow of the European Parliament, they recognized Junker's vision for Europe and Junker's prevailing power in Selmayr, and that is why Merkel and Macron performed a coup against Slemayr in banishing him to Vienna.
The reality is though that Selmayr's believers are still there, and it is a most interesting reality of his ending up in Vienna, Austria.


The European ombudsman, Emily O’Reilly, in her report on the affair, detailed other ways in which Selmayr was not qualified for the position of secretary-general and how he and Juncker went about circumventing the Commission’s own procedural rules.

The ombudsman observed that the vacancy for deputy secretary-general had been created by breaching the convention that a director general should not be of the same nationality as the Commissioner responsible for his or her department. The previous deputy secretary-general, Paraskevi Michou, a Greek national (and Selmayr protegée) was transferred at short notice to be director general for migration, working with Dimitris Avramopoulos, Greece’s European commissioner.

That was not the only principle sacrificed to promote Selmayr. The Juncker Commission’s flagship personnel policy was to increase the number of women in middle and senior management.

The numbers did improve, but the sincerity of the leadership’s commitment to the policy was put in question by the shenanigans surrounding Selmayr’s (interim) promotion to deputy secretary-general: His deputy Clara Martinez applied for the post, thus satisfying the requirement to have at least one female on the shortlist for every senior post, but then withdrew on the eve of the appointment, leaving him as the sole candidate. 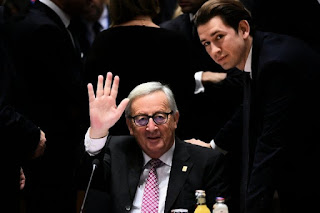 Selmayr has proven that he knows the mechanisms to control power in elected governments and governments with coups performed against him. While there are those who are flat world in thinking that Vienna is an exile, Vienna was important enough that the American CIA, the Jesuits, the Mosaad, Steve Baannon and London, all engaged in a coup with the Austrian right and left to bring down Sebastian Kurz as Chancellor.
Sebastian Kurz is in a defining election in Austria which is rallying to him in September flash elections. If Kurz wins, and as was the case in the EU elections, as a recent trend was the Spanish regime folded in rejecting the leftists, is that Kurz is about to form a Kurz party of eco greenists, backed by the Habsburgs, which will sweep away the old Macron and Merkel order of American socialism of nuclear warhead welfare to tax the Europeans into confinement.
That is what is at stake, and Sebastian Kurz had put all of this into place for European domination of the world in rising to 5 G technology in a leap frog of Chinese technology, moving to American technology for an African consumer market. None of this gone, just as none of Selmayr's people are gone.

The distinguishing feature of Selmayr’s working life thus far has been fierce, unswerving loyalty — to Elmar Brok, to Reding and to Juncker. In turn, Selmayr demanded unswerving loyalty from others and promoted those loyal to him and to his vision. Selmayr leaves behind a Commission that undoubtedly bears his imprint, not least in a cadre of middle and senior managers who admired his effectiveness and shared his vision of the EU.

Unhappily, however, his crusading passion blinded him to the value of abiding by procedures and principles. Selmayr had himself appointed as the Commission’s chief bureaucrat — but at heart he is a creative lawyer rather than a bureaucrat.

It is this mechanism, the people who are loyal to Selmayr who are in control of the apparatus of Parliament. That is who rules Europe. The lame duck puppets appointed can dictate any orders, but if they do not comply with Selmayr's vision, nothing will happen. It will take too long for the cabal from Paris and Berlin to try and root out Selmayr's  loyalists and long before that time, Sebastian Kurz will return to power in Vienna.

Selmayr will leave his current job as the EU's top civil servant this week, and serve as special advisor to commission president Jean-Claude Juncker for the remainder of this commission's mandate.

From November on, he will head the EU commission's Vienna representation, which means he will represent the bloc in a sort of ambassadorial role.

"The five years of the Jean-Claude Juncker commission would be inconceivable without his contribution," commissioner for human resources, Guenther Oettinger, said Wednesday, on the news.

In the commission's statement, Selmayr was praised for "outstanding qualities and achievements", and "his strong commitment to the community method and his extraordinary sense of duty".

Selmayr has been teaching EU law at the University of Saarbrucken in Germany and at the Europe-University of Krems in Austria, which he will continue to do.

The German lawyer was feared and admired, often at the same time, for his bright intellect, ruthless leadership style and indefatigable working methods. He wanted to shake up the comfortable and apolitical bureaucracy of the Brussels bubble and he did.

For a spin doctor who likes influence and power, however, the Austrian capital might prove to be too sleepy - his appointment as Vienna EU ambassador came as a surprise to many, as he is "genetically incapable to rest", as one source put it.

And Selmayr has been dispatched by Jan Claude Junker to Vienna Austria. Paris and Berlin think him exiled, but Selmayr who is an expert in coups, in concentrating power, of putting people into power, is now in place at the center of Chancellor Sebastian Kurz's rising world of power. The sign that Martin Selmayr is appearing at the center of the universe, is as sign that the Motherland is being positioned for the future of Europe.


The EU's top watchdog also said last September that Selmayr's swift appointment to the job was wrong and risked undermining the public's trust in the EU institution.

The number of Selmayr's enemies grew with his promotion, but he had already irritated many as the head of Juncker's cabinet in the previous years.

Some EU ambassadors complained that he misled them, while some commissioners were irked that they did not have direct access to Juncker, only to Selmayr.

But nobody questioned his allegiance to the EU, his hard work, his political capabilities, and his knowledge of the EU law.

Selmayr started off in Brussels as a legal advisor for the German media company, Bertelsmann. In 2004, he joined the commission, first becoming the spokesman for Luxembourg's commissioner for media, Viviane Reding. Later on, he became her head of cabinet.

As the 2014 European election campaign kicked off, Selmayr became Juncker's campaign director and after the election win, Juncker's head of transition team. Controversy was already Selmayr's stock-in-trade back then.

This is the intrigue which is manifesting in Europe. Martin Selmayr is not in exile. Martin Selmayr appears to have been dispatched to help wrest Europe from the Berlin Paris axis and return it to the Vienna Berlin Habsburg Renascence. 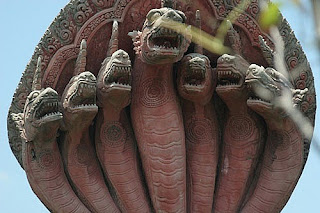