On the Tail of the Tale of Jeffrey Epstein 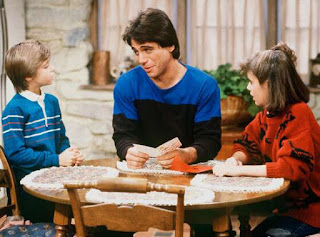 
At a press conference on Tuesday, Courtney Wild’s lawyer Brad Edwards said that after interviewing dozens of Epstein’s accusers, it appeared Epstein spent almost all of his time abusing underage girls. “It was his full-time job,” Edwards said. “We have not found anyone who has provided information about a legitimate business he was engaged [in].”


I am going to take you to Vietnam, in the words of a kid from Arkansas, who military intelligence ordered on a mission to assassinate a Frenchman who was working for the Vietminh.

His name was Gunnery Sgt. Carlos  Hathcock. He was a Marine. He was a trained sniper with 93 confirmed kills. He hunted humans at moderate to close range to save lives.

The reason the Gunny was sent on this mission was that the Vietnamese communists had gotten their hands on two American pilots. The Vietminh had an arrangement with the Frenchman, in he was an interrogator who could extract information. He tortured people. He also in land where the French were hated, had a most luxurious lifestyle in a communist land.
The situation was American military intelligence wanted the Frenchman dead before he was given the opportunity to work on the American pilots.

It was a textbook assassination, and Hathcock with his team exited with only the communist guards shooting the foliage.

What is being assembled here for your reasoning is Jeffrey Epstein was molesting and raping children. Jeffrey Epstein was blackmailing rich people who he had in Mosaad fashion enticed to partake in sexual crimes which were recorded.
As Victor Ostrovsky has explained in his insiders expose of the Mosaad, the Mosaad as a group gives the worst humans on the planet who are in power or connected, the opportunity to do what they want to do in being traitors, adulterers,  thieves etc...

The comment on Jeffrey Epstein is he was skilled at reading and manipulating people. That indicates he was Mosaad trained for service to the group, as Conrad Black was of service. Epstein is alive though as he did not threaten Mosaad.

To the point in this, even Robert Vesco and Marc Rich left trails in their money laundering, their deals, their tax fraud that the FBI and IRS were focused upon in criminal charges, while working for American intelligence. There is not any way that with US Attorneys having built a case against Jeffrey Epstein, that he was not a known entity in America. That means like the Frenchman though, like Robert Vesco, like Marc Rich, Jeffrey Epstein was providing a service for American intelligence, specifically the CIA.

What is the reality is Jeffrey Epstein appears to be a Sayan, who was known to an inner group in the CIA which was in liaison with the Mosaad, in a mutually assured intelligence operation, much like the reality of Panamanian dictator, Manuel Noriega was a Mosaad asset as much as an asset of the American CIA. In that though Noriega was a dope dealer of Tel Aviv shipments going into the United States and arms out of Panama to other sources. Noriega was taken out by George HW Bush in an illegal arrest of a foreign leader, Jeffrey Epstein in raping little girls was instead protected by George HW Bush in bringing ruin to the US Attorney Alexander Acosta who was told to cut Epstein a deal as he was intelligence connected.

The cover story from Bush fam which has been CIA Mockingbird planted was they were trying to protect pedophile Prince Andrew for Gulf War I assistance for Britain, as Andrew was a Pedo Island vacationer, but for Bush fam in their assets at CIA to be hiding behind that ruse, indicates something more was involved in this  than a pedo Prince.

George HW Bush an exposed pervert in grabbing young women  before he died as women came forward, was always connected to the Franklin Scandal out of Omaha Nebraska. This was a US intelligence operation which involved money laundering to the RNC, and like all things Bush family from Enron to the Savings and Loan scandal, money was involved and it was always connected to an intelligence program.
What Franklin was about, was a program based on the MK ULTRA brainwashing experiments. Children in Franklin were raped to  produce split personalities, which psychologists attempted to make into assassins or operatives who could be switched on and off, and one personality would not know the other, in a perfect intelligence cover.
There were child sex rings involved in this from Bohemian Grove to Washington DC, and HW Bush's name kept surfacing in survivors. Franklin was a point of interest that CIA Director William Colby supported the exposing of this operation, but informed those involved that it was too big, in he could not become involved.
Colby in retirement was later assassinated in the Bill and Hillary Clinton body count era.

There is a reason in this Trump era in the control who brought Donald Trump to this point in American politics, that all interweaves in the inner workings of computer technology in Julian Assange, Edward Snowden and Chuck Manning, all leftists who detested Hillary Clinton of the Obama orb.  From the shadowlands there is a group removing a competitive cancer and they have the cover to do this, and Donald Trump is the diversion.
Jeffrey Epstein in what he was engaged in and  who he was working for and connected, is a phase of this. As this blog reported, this is far more caustic than an indictment of Hillary Clinton or Birther Hussein Obama's image. That is why it was chosen for 2020 politics to keep those who have the ability to steal the election from Donald Trump's benefactors are being checked now.

None of this is being reported on save here to explain what this is about. I seem to have gained attention again as parts of my webpages I visit are disappearing as someone is sending me a message again that the origins of Jared Kushner's WinRed are a bit too revealing.

It would be appropriate for the rich to donate as  that is their duty. If the Founders could pledge all they had, one would think a few hundred thousand from multi millionaires would not be so much by comparison.

Jeffrey Epstein was working with a group inside the CIA with full knowledge of his working for the Mosaad to entrap and blackmail wealthy and powerful people to be exploited.  That is the only way that a pedophile money