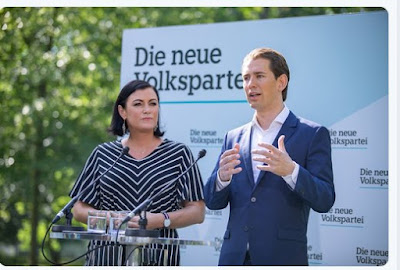 You know when Chancellor Sebastian Kurz was pretending to be normal, he made more sense. The problem is when he became a "centrist" in attacking people on the right and the left, is where the odd things started appearing which made absolutely no sense, exactly as Alexandria Ocasio Cortez's thought processes just do not add up in her Green policies.

When it comes to AOC, she wants to bankrupt the world in order to save it, by forcing everyone to put in this failed Obama green policy. The facts of Green policy are that it requires destructive mining to get rare earth elements, and burning vast amounts of carbon fuels to make "green technology" which is expensive.

AOC's energy burns 100 tanks of gas for every 1 gallon of gas she says is a problem.

So enters Sebastian Kurz in running for the Chancellorship of  Austria after a coup was completed against him. His new vision for Austria is to not burn one drop of carbon fuel or it would be one coal lump in Austria by 2030 AD in the year of our Lord.


Herr Kurz's solution is Austria will be gas free in 11 years. How does he accomplish this? The answer to Sebastian Kurz is he is going to rid Austria of gas vehicles and heat homes, and he will burn hydrogen. 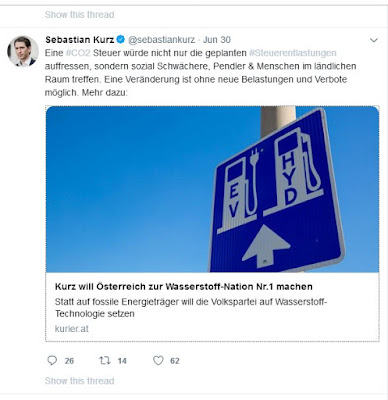 This is precisely where the ÖVP strategy "H2-Ö" comes in, with which Austria is to be rebuilt to become the "Hydrogen nation number 1 worldwide" by 2030.

The problem with this is, is that the technology does not really exist, and that it is going to cost half a billion Euros to attempt to get this venture up and running. Austria only has 5 filling stations and limited use in industrial application.

But that also requires the infrastructure. There are currently five hydrogen filling stations - all over Austria. Kurz therefore wants to set up a nationwide filling station network by 2025.

That may also cost something: at least 500 million euros will be invested in research and development over the next ten years.


Again the problem arises in how to pay for it, as the poor people are the ones who will be taxed, and poor people can not afford new hydrogen vehicles.
Then there is a bit of a Hindenburg problem, which for those who are ignorant of history, was the fact that Germans once used hydrogen to float blimps, and one of them blew up in the United States as hydrogen is more volatile than almost anything on the planet, save oxygen.


The fact that it still needs a lot of research, was recently revealed in an incident in Norway, the pioneer of ecological mobility. There, about two weeks ago, a hydrogen filling station exploded from unexplained circumstances, causing two people to be slightly injured.


See that is why coal is consumer friendly like wood, in it does not blow up and kill people. The same with diesel fuel as that is almost bomb proof. Gasoline will actually put out a fire as a liquid, and only burns when a vapor. As long as you do not have fire around gasoline, it is safe as history proves.

It is a different story when it comes to hydrogen as was proven in Norway. It is why no one in industry wanted the stuff available to the public as it is dangerous and accidents will happen as it is unforgiving.

Like propane or natural gas, you simply can not go to a station and put it in to a gas can. It has to be under pressure to hold it in the container as you can not pour hydrogen.

Herr Kurz has options in burning hydrogen which seems to be his policy, or there are fuel cells.


How to Make a Simple Hydrogen Fuel Cell: 8 Steps

https://www.instructables.com/id/How-to-Make-A-Simple-Hydrogen-Fuel-Cell/
Made By Manish Kumar Today, I will be teaching you how to make a Hydrogen Fuel Cell. A Hydrogen Fuel Cell generates electrical power quietly and efficiently, without pollution. Unlike power sources that use fossil fuels, the by-products from an operating hydrogen fuel cell is only heat and water. A single fuel cell consists of an electrolyte sandwiched between two electrodes, an anode and a cathode.

Electricity will not though produce the kind of power to drive motors as fuel engines. There is also the reality that hydrogen is separated from water, which is accomplished by electricity in water which separates H20 into oxygen and hydrogen.
It makes the point in if you already have electricity which uses energy to create, then why are you wasting it on making hydrogen? Solar and wind costs 40% more than coal to generate electricity. It all comes down to the fact that there is not any global warming from cabon dioxide as clouds cool the earth, not trap heat, and using 100 times the energy to get green electricity to create hydrogen energy, which is more expensive than refining gasoline from crude oil.

That is the reality in Sebastian Kurz sounded normal when he was saying legitimate right wing things. When he started spouting off these Eco Green policies as the foundation of Europe, he exposed himself as an absolute fool.


If Mr. Kurz was to invest in thorium clean nuclear reactors which were present in the 1960's under President Richard Nixon, then Austrians would have affordable electricity for cooling and heating homes, and high speed trains in Europe which are economically viable.

For necessary transportation though earth fuels in carbon fuels which the planet generates by  taking carbon out of the atmosphere and storing it under heat and pressure as methane, natural gas. coal, gems and crude oil which is renewable is the only correct policy for human advancement.

This though is about an elite group controlling population travel and storing a population's finances in manufactured vehicles, instead of their bank accounts.


So Sebastian Kurz's vision for Europe is failed Green electric energy which bankrupted the world, creating expensive and dangerous hydrogen fuel, to make life too expensive for Europeans.

Whatever nation which does the opposite of Sebastian Kurz, and burns gasoline, as Eurasia converts to this population control policy, will immediately prosper and rise to world power, as gasoline prices will fall with hundreds of millions of Europeans not buying gas, and China by 2050 will be dying out.

The Chancellor had better be the anti Christ as he is going to need satanic miracles to zombie the population to into believing this is going to work. 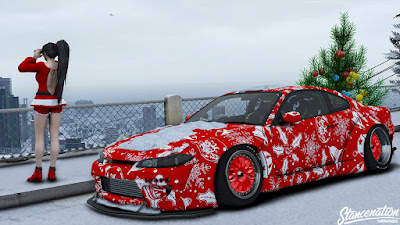 You can see the end of Europe from here...