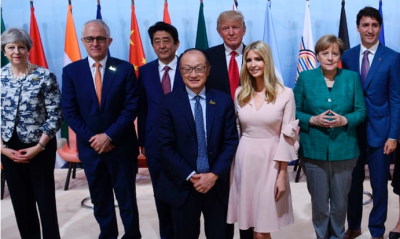 You know the deep state has it bad when you have the nethers of lezbo Tammy Bruce sweating it for Ivanka as much as  the Mad Frau Cow Angela Merkel giving the Princess cover for her being perched again at the G 20 Summit. 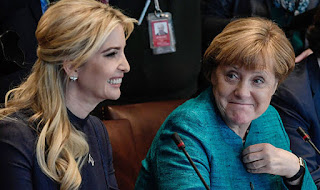 You know Ivanka you have a presidential smile.


Merkel, the host leader of the G20 and hardly a close ally of Trump, played down the controversy. “The delegations themselves decide, should the president not be present for a meeting, who will then take over and sit in the chair,” she told a press conference. “Ivanka Trump was part and parcel of the American delegation so that is something that other delegations also do. It’s very well known that she works at the White House and is also engaged in certain initiatives.”

You have to ask yourself why all these women are sweating their ovaries over Ivanka Kushner, because there is a real Nether War over the Princess, as Maxine Waters and Zerlina Maxwell came out in this cage match tag teaming the Princess. 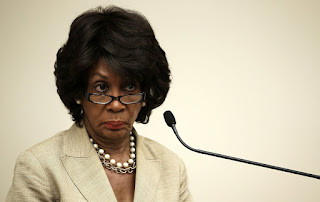 How is a Negress get elected with that pretty white heading the Democratic party.


Maxine Waters, a Democratic congresswoman from California, told the the US news channel MSNBC: “It does not make good sense. Here you have the president of the United States at the G20, representing us as the leader of the free world, and so he’s going to play politics and give his daughter a chance to have a place in the sun and to be seen at a very important meeting that she knows nothing about…. 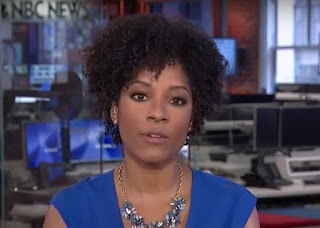 As a quadroon, a Jewroon Socialist will Trump my Hillary.

Zerlina Maxwell, former director of progressive media for Hillary Clinton’s presidential campaign, told MSNBC: “It’s completely inappropriate. What qualifications and experience does Ivanka Trump have in her background that should put her at the table with world leaders like Theresa May and Vladimir Putin? Literally a foot over from Vladimir Putin….


Let me ask of you a question first to get you thinking. Why does President Donald Trump continually put Ivanka on the stage and now Tammy Bruce is running propaganda for her, saying Ivanka has come such a long way from being breast dressing on the Apprentice.

The Lame Cherry will inform you why, because Webter Griffin Tarpley explained all of this three years ago when he blurted out the plan to split the DNC into two parties, the Marxist Obama Sanders Cortez wing and the Clinton Biden wing. That plan had to morph as Trump beat Hamrod stealing the election for the deep state.
Donald Trump was then maneuvered to lead the Socialist party in America as the Conservative GOP was going to be wiped out and the RNC would become socialist.


Now that you have that information, you can see why Donald Trump keeps bringing the Princess along and presenting her, much to his political erosion, in Ivanka is a liberal, and what Daddy is grooming Ivanka for is to be the Evita, the National Socialist of the Republican Party.
Donald Trump in Ivanka, as he guts the GOP, sodomizes the Evangelicals, and builds a Fag Socialist Negroid Mexican party, will have a trusted person in the White House to pardon him. If you use your head, you can honestly hear the deal that Mike Pence has worked out for Trump. Pence will be kept on the ticket as the deep state man, and in 2024 he will put Ivanka Kushner on the Republican ticket as Vice President.

The Princess is destined by Donald Trump Art of the Deal to be President of the United States in 2028 or 2032 AD in the year of our Lord, in a GOP that reflects those faggots in Canada, England and Australia who claim to the Conservatives.

Ivanka Kushner is going to be the face of American Conservatism as it will be billed. A Jewish liberal, pro aborticide, pro sodomite, patrician.


It is quite obvious as someone is pointing all of this out now and that someone is Lame Cherry. I hope that the rich will have donated generously by then to this blog for their sake, as I hope to be long away from this Sodom and Gomorrah, going fishing in our pond and milking Daisy for fresh Jersey milk.


This once again is another Lame Cherry exclusive in matter anti matter as only this poor orphan girl can tell you what is taking place.
America is finished. This is what has been decided upon and nothing but Christ Himself will change any of this. Donald Trump left MAGA and is now the National Socialist Leader of America. He has chosen Ivanka to be the neo Socialist who will lead  against the Obama Marxists as those will be the only political choices allowed to Americans, as they are the only policies allowed since George HW Bush and Bill Clinton divided America for this Nazicom future. 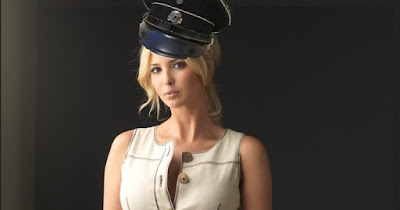 I give American Nazi a pretty face and a pretty future