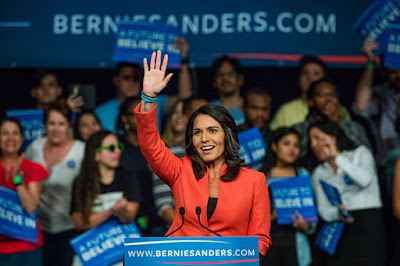 
There sure is allot of Republican wood over Tulsi Gabbard as she is the CIA troll meant to make the distinction in how odd Marxism of pretty Alexandria Ocasio Cortez is and how crusty nethers Nancy Pelosi socialism is. 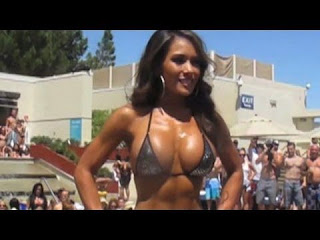 I can understand the wood as Representative Gabbard is hot as Mike Cernovich's wife.

She also likes White dick, so all the GOP white dickers all think they can roam where the buffalo roam, to boldly go where no man has gone before, as she is obviously virginal like AOC in her white. 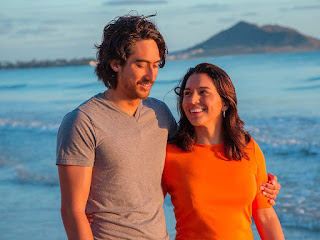 See people like pretty, and when the messenger is pretty and the message is appealing, of course wood follows and where wood is leading, fat pink dinks like Erick Erickson fantasize about voting for this democrat who says things like Kamala Harris is another Obama quadroon Birther who can not be President.


FACT CHECK: Is Kamala Harris Not Eligible To Be President?

https://www.conservativedailynews.com/2019/02/is-kamala-harris-not-eligible-to-be-president/
"Kamala Harris is NOT eligible to be President. Her father arrived from Jamaica in 1961—mother from India arrived in 1960," Wohl said. "Neither parent was a legal resident for 5 years prior to Harris's birth, a requirement for naturalization." "Kamala was raised in Canada," he added.

FACT CHECK: Is Kamala Harris Not Eligible To Be President?


It was in all the investigative publications and proven that Barack Hussein Obama was not Natural Born. Oh sure he had a Filipino prostitute or anchor woman as a mum, but his old man was firing blanks in Barack sr. and who seeded Obama was an east African dock worker, you know like a Trump Visa Vermin in `1960.

This has all been hashed over, and how Obama illegally entered America with his adoptive mum, Stan Ann Dunham when he was Indonesian, and in all of this the scoundrel Obama was CIA being prepared to be president of some country, like he always said, whether it was Kenya or Indonesia. He  got a foreign student scholarship to attend college, and that is why his records are all sealed up.

This blog has pointed out that photos of Obama from 2008 did not match photos of him after 2013, June 13th to be exact. The matrix has always indicated that Obama left the building on that date, in the same group which put Donald Trump into the White House, using the DIA as cover, put Obama into cold storage, and continued his fraud presidency with a shapeshifter, who only appears now to prance around with that two state zip code size ass Michelle Robinson Obama.

Speaking of big asses, that is Kamala Harris' problem in this in while she is pretty, she is pretty stupid like Birther Hussein and Michelle are. She also is busy reminding everyone on the left the mistake they made in using that coon as a catharsis for their racism. With Obama in exile, you get Joe Biden sniffing little girls in the head for 2020. Liberals at Netroots want Obama gone, and Biden gone. They want Niggers to shut up and obey the choice of Elizabeth Warren who no one will vote for, and that means that hose bag Kamala Harris is another Obama reminder of what racists Netroots are at heart, and they don't want to be reminded of that.

This leaves us with the anti Obama of Tulsi Gabbard. The problem is there is no room in the DNC for Tulsi Gabbard. She is not a Bernie Sanders communist even though she gloms onto him in having good taste to not like Hilary Clinton's crusty old Pelosi lesbian snatch. Gabbard is designed to lead the few remaining Clinton Caucasoids into the quiet night where Erick Erickson is to represent the dead GOP.
Sure she was touted for the Trump Trans cabinet as a tease, but it all comes down to she is neither communist nor socialist, she is pleasant afterthought of John Kennedy and Hubert Humphrey sex, which could not be elected in the modern snowflake party.

So Tulsi Gabbard gives good wood, but let's face the reality that she is a prostitute too. She is like Kirsten Gillibrand sent out to nail Al Franken as taking Franken out took Hillary Clinton's attack dog out of the lead up to 2020 for Hamrod. Gabbard is there to take out Kamala Harris with the facts, and the perverts of the democratic party are all moving for an edge, and  they will sell anyone out, like Bill Clinton nuked Obama in being born in Kenya to try and give Hillary the edge.
Taking out the quadroon Harris as a foreigner like Obama, gimps up votes which will raise Bernie Sanders and Elizabeth Warren. Their backers are all for that as it puts them into striking distance of Joe Biden who is supposed to be the reasonable one in the race, but Gabbard is speaking reason and if she likes Bernie and helps Warren, then the snowflakes will let the pretty girl ply her trade as it helps her, and they will not melt all over her.

......and everyone likes Indians while they got wood. Gabbard will last until the Hindu starts to soak in... 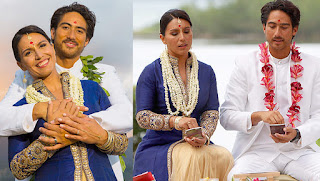 Damn and we all thought she went for white dinks.

https://www.tulsi2020.com
Our nation was founded on the values and principles of putting service above self — rejecting the rule of kings who prospered from the sacrifices of the people, and forming a new nation founded on the premise that leaders should be motivated not by serving their own selfish interests — but by a desire to serve the people, a government of, by, and for the people.


Yes but, you know how things go, in no one wants a beaner, no one wants a coon, no one wants a poco whitehantas.......so maybe a white man like geezer Biden and wheezer Bernie, might just sell this little prostitute to the #NeverTrumpers and the #NotObamaAgain voters.

After all what harm could an anti Obama do?

None of this interests me, save the reality of how complex this manipulation of voters is. There is not any way that in the real democratic party which is eating Kirsten Gillibrand alive for nuking sex bully Al Franken, that Gabbard would not be shredded, destroyed and replaced in Hawaii, by an AOC, but AOC says absolutely nothing about this Hindu.

Think about that reality. 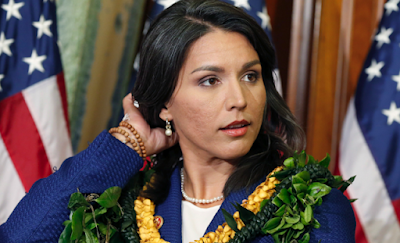