The Europeans preparing for a world without America 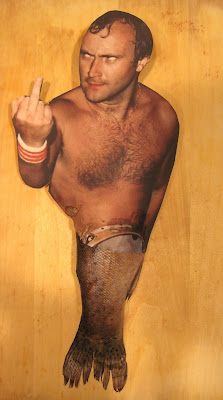 In the modern era of criminal finance, there has been a massive money laundering scheme taking place in order to loot most of the world using the US Dollar as a fiat currency. Basically, it was like an addict on coke, the US spent money in debt, other nations underwrote that debt, and those quadrillions ended up in the cartel bank accounts.

One of the grand schemes was the boom and bust cycle. Industrialists and bankers would usually start a gold rush or a war, which would increase speculation, inflation, easy money, for an expansion of the money supply, and when the war ended or the gold fields went bust, a depression set in, the public lost everything and the few owned most of the assets  by design.

In the afterlude of Bill Clinton and Allan Greenspan's Dotcom Bust, which was the boom bust, but in this case it was not people mining gold or dying in wars, but nations like Japan, South Korea, and the EU were enticed to purchase US bonds, which is debt, and a bust came, which left those nations in perpetual recession.

In 2008,the engineered bust which installed foreigner Birther Hussein, the scheme was driven on  9 11 where Bush43 dumped the Clinton tax revenues into the US economy, George Soros inflated grain speculation and beaners were sold homes which they could not afford.
All of this debt in the trillions was underwritten by banks and the FDIC. The cartel which included Donald Trump's financial money men, moved through Goldman Sachs for example to sucker the Bank of Scotland to buy what was called derivatives, or money derived from massive debt. The debt was toxic as it would never be paid off, but banks were told that if they bought this slave debt, that the interest on it would be easy money in gouging the United States which would bail them out.

One such bank in Europe was Deutsche Bank which is still toxic, and you will note is holding that debt like US holders did in the big institutions in no housing prices ever deflated, as the big share holders, were propped by the US Treasury so no loans  had to be called back in. These banks  were all forced to buy debt and were therefore under blackmail by the catel. Things though have changed at Deutsche Bank.

Deutsche Bank expects to set aside more money for souring loans after the “relatively low levels” seen in 2018 and so far this year, Von Moltke said. “But we feel that we’ve been underwriting conservatively, and even in some amount of change in the credit environment, that should serve us well.”


The toxic German bank is sending a signal, a major signal that the money game has changed.  The American Investment Bank, or the forcing banks to buy toxic debt to loot economies is being ended. Germany has taken itself out of the American debt funding structure, in literally returning to investing in German small business production.
Souring loans is code for toxic debt. Literally the Habsburgs as this is who this is, have signaled that they are going to cut their losses in paying what they can off, but in the end, they are finished with the United States Federal Reserve.

Germany (AP) - Germany's struggling Deutsche Bank said Sunday it will cut 18,000 jobs by 2022, downsizing its volatile investment banking division in a sweeping restructuring aimed restoring consistent profitability and improving returns to its shareholders.
The Frankfurt-headquartered bank said it would cut roughly a quarter of its total cost base through steps such as dropping the investment bank's stock-trading business.
It will also slim down its division focused on fixed-income investments. By doing that, the bank is to focus on areas with steadier earnings such as serving corporate customers.
The bank would also create a separate unit to dispose of investments that are less profitable or no longer fit its strategy. The bank said it did not expect to have to raise additional capital from shareholders.

The red flag in this is this diplomatic statement.


The bank is focusing on its strengths in managing cash and risk as well as foreign exchange -- services German corporate clients want, Von Moltke said. The decision to withdraw from trading stocks and related derivatives was a difficult one, and Deutsche Bank’s management recognized that it would have wider implications.


The German Bank which helped underwrite American toxic debt, is moving to a cash market in hard assets and deposits, and moving foreign currency around. Most of you reading this do not know what the Germans just stated is European policy now, but what the Germans just said is the America era of risk and lost is finished, and what will become the foundation will be the new non dollar exchange which is based on Venezuelan gold, Chinese trade, Iranian and Russian oil. In the old days, this would be called an act of war and it got Colonel Khadaffi ass raped and shot in the head by President Sarkozy of  France for Barack Obama and Hillary Clinton for challenging the petrol dollar.
The Germans have just put their fingers into South American gold and Islamic oil, all without the dollar.


INSTEX without credit not acceptable to Iran: Deputy FM

https://theiranproject.com/blog/2019/07/07/instex-without-credit-not-acceptable-to-iran-deputy-fm/
INSTEX will bring no income unless the European countries buy Iran's oil, or allocate credit to Iran, Araghchi said, noting that no such measures have been taken yet. The INSTEX was made operational by both sides, and the two parties are in contact with each other, he said confirming that a couple of minor pilot exchanges have been conducted.

The Europeans have moved to a world where they are competing with the US Dollar, and on top of this, the European Super State based upon the foundation of Germany is assisting the Iranians in nuclear resistance to America and the European Central Bank has declared that no matter what the US Federal Reserve does, they are cutting interest rates as a global recession is in full plunge.

The Europeans are preparing for a world without the Americans. That is what this means.

https://www.bourseandbazaar.com/news-1/2019/7/7/iran-set-to-exceed-nuclear-deal-uranium-enrichment-cap
Iran said Sunday it was set to breach the uranium enrichment cap set by an endangered nuclear deal within hours as it seeks to press signatories into keeping their side of the bargain.


US Futures Slide, Asia Tumbles In Post-Payroll Revulsion As ...

https://nationandstate.com/2019/07/08/us-futures-slide-asia-tumbles-in-post-payroll-revulsion-as-powell-looms/
"The re-adjustment in expectations did push the dollar higher and had a negative effect on Asia but Europe has been supported by investors saying 'whatever the Fed does, the ECB [European Central Bank] will still cut'," said Andrew Milligan, head of global strategy at Aberdeen Standard Investments.

Projecting this out, for the Germans to be moving on this front means that they are certain that an entire collapse of the American economy, Dollar and Wall Street is in the offing. The Germans are protecting themselves and more to the point, the Germans are cutting off the fuel lines of American finance siphoning funds out of Germany.

Put it this way, remove half the gasoline flowing to your engine, and what do you think your engine already missing on several cylinders in Trump Trade, China, Mexican and South American invasion, and you can figure out that your car is going to die on the side of the road.

That is what the German banks restructuring means.  The American coffers are absolutely empty. The Europeans have bled America dry from FDR"s lend lease looting.