To Them That Piss Against The Wall 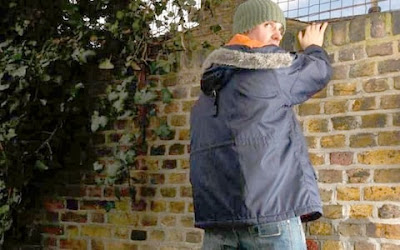 
Here am I in a really pissy mood today in being like King David, humiliated by Nabal. For those who do not know the story, I don't care how ignorant you are, nor in posting  this will I be responsible for your adult decisions, but in a world where God recompenses and reckons, and Jesus instructs for us to bless our enemies and pray for them, this blog is about to provide you children with the materials to bring a remedy upon those who have soul raped you.

You know who I am speaking about in who really dug into your soul so it was a wet hot feeling that is always there.

None of this though is about actions, physical reactions or actions, to harm anyone, as that is not legal and it is stupid as hell for anyone to harm anyone as you get into trouble. All this is, praying and blessing those who have hurt you.

You already know that praying for someone to repent or change, is one hell of a problem for them in putting a conscience into some careless bastard or bitch makes their lives hell. They just do not sleep night. This though is not about that, but about as St. Paul states God does in giving sinners over to their own lusts. Paul also handed people over to the devil for a time to bring them to repent. All I advocate for her if you chose to, is blessing or empowering those people who have hurt you  in their desires, lusts and praying that their words which they have spoken against themselves come to pass.

You know idiots are always saying, "That makes me sick", "That kills me", "That is a pain the ass", "I'll be a son of a bitch".........so give them what they have already spoken in spades, amplified and resowing.
As Spock said in Star Trek to his villainous wife's paramour, "You will find that wanting is not the same as having". These assholes who have hurt you deliberately, should be given everything they have been plotting for.
You know all that awful shit you think, and stop yourself from thinking, well these horrid people entertain that stuff and spread it as broadcasters for satan, so let them have it on their hands as they consume each other and their own.
God says He visits the sins upon those until their families are wiped out, so bless God to start visiting.

As St. James says, the tongue is the undoing of all, so as satan uses what people say against themselves, let these aliens from God receive the harm they have spoken.


In writing this, I can not believe the nitwits or lack of Holy Ghost Inspiration when it comes to the phrase HIM THAT PISSETH AGAINST THE WALL. They are complete morons in missing what David and others were saying.
Pisseth against the wall is like PISS ON YOU. It is not literal, but a figurative meaning.

What happens when someone pisses against something? It splatters. IT COMES BACK ON THEM. It is a defiling and alienates them from God as being unclean.

So when David is focusing on those that piss against the wall, in Nabal who was a fool and a drunk, David was noting an apostate, someone not of God. In some current Jewish translation it renders a dog pissing on a wall. The context is an insult of the animal nature of base humans and being pissed on by a dog is a degrading thing.

David is just using slang which was understood easily then, in all the males would be dead, because they were all apostates. Modern slang would be Motherf*cker.


These apostates only have satanic protections as satan works through them. By praying that God enhances their speaking against themselves, and turns them over to their plotting it is no different than having them caught in their own trap, which is what the Bible states.

If you are squeamish about not being able to be responsible for the outcome of people getting the things they should in return, then this is not for you. If you are though fed up with these assholes who have hurt you and seem to be getting away with it as more people are hurt, then all that needs to be done is willing this trash gets what they deserve, and they will just like Sodom.

Around here our dipshits piss in the middle of the road. I don't know if they are afraid something in the grass will bite their pecker or what, but this bunch just loves splashing piss and piss mud on their pants to drive away in having accomplished some wonder.

That though is in the above one of the greatest tools provided here, in you do not do a thing physically ever against anyone, but you simply pray to empower people's words against them. It is what they want after all.

This is for adults though, as the weak will have satan whispering to them that they did something, when all which was done, was people pissing on themselves until they can not piss any more.