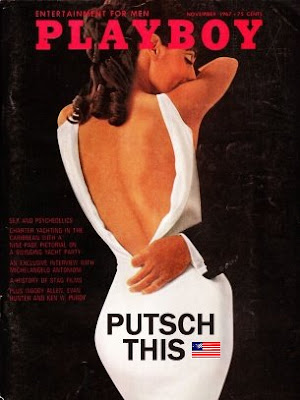 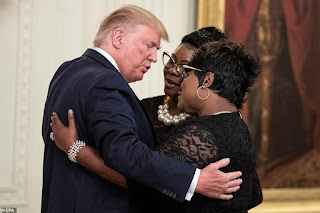 I love your journalistic integrity.

When Trump finished his remarks in the Rose Garden, Gorka walked past the White House press pool where he got into a brief shouting match with Playboy correspondent Brian Karem.
Gorka called Karem a “punk” during the dust-up.
Several of the attendees, including Joy Villa, repeatedly chanted “Gorka!” as he left.
Another attendee of the social media summit, Mark Dice, a right-wing pundit, also shouted at CNN’s Jim Acosta as he walked by the press corps.
In a brief interview before the scuffle, Gorka referred to reporters as “asshats.”

I mean these alley whores who screech from the shadows at Republicans are zero talent, but part of the Molotov Mob to add to the confrontational diversion so Americans on the right and left do not focus on how they are being played.
Seriously, what kind of slow ball pitch is a Playboy correspondent at a White House ceremony, in Karem, who the journalists all detest and he is writing for a jack off magazine exploiting women. 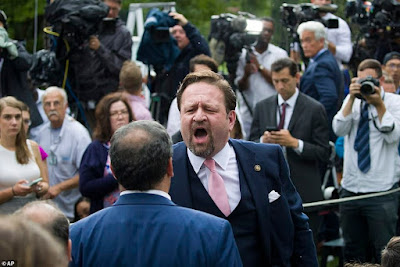 Karem you are a 58 year old munchkin bully.

In 1992, Karem asked then President George H. W. Bush to comment on claims the summit was a "joke". Bush countered that the press should pose questions to other presidents and not him. After persisting, Bush allowed Karem to ask his question to Mexican President Carlos Salinas de Gortari. Karem lost his job at KMOL over the incident but later gained an interview with Sam Donaldson on ABC and a mention from The Tonight Show host Jay Leno.
Following his termination from KMOL, Karem joined the television program, America's Most Wanted. He was the first American reporter allowed inside Pablo Escobar's palatial prison after Escobar's escape from Colombian authorities.
Between 2004 and 2018, Karem served as the executive editor of the Montgomery County Sentinel in Rockville, Maryland.
On June 27, 2017, Karem gained national attention after confronting deputy White House press secretary Sarah Huckabee Sanders on "inflammatory" comments about the performance of the press while covering President Donald Trump.
A year later on June 14, 2018, Karem once again called out Sarah Huckabee Sanders at a White House Press briefing on the Administration's policy of seizing children from their parents at US border crossings: "Come on, Sarah, you’re a parent! Don’t you have any empathy for what these people are going through?” “They have less than you do. Sarah, come on, seriously." His comments received heavy criticism from numerous journalists as being inappropriate and pretentious


I mean I am a great actress, but I simply could not sell my soul like Karem and Acosta to play cocksucking back alley whores. I realize that Gorka and Dice are the street toughs in this Trump Theater, the AltRight Suit Shirts and not Brown Shirts of 2016 AD all of those Kushner players said adios regrettably in being one of the best casts ever assembled, but all the same, for a million dollars, I would have beat Jim Acosta with a tampon and slapped Karem around with a maxi pad for some real theater.
I mean what are these two cocksucks going to do? They touch me, and Secret  Service would have them eating turf. Now that is a real Munich putsch not in a beer hall, but the Rose Garden. Hell we could drink German brew later as the players of 2016 are home in the lounge chairs. 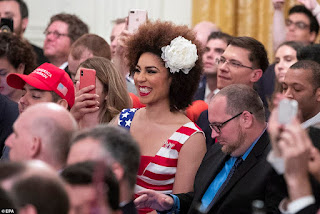 I have a star spangled pussy degree.

So the leftist media embraces in their midst two frothing at the mouth misogynists whose reputation was slapping around fat girl Sarah Huckabee Sanders, who kept kicking them in the gonads.

You are seeing how this was all set up and how easy it is, and it is not all Donald Trump. It is the left bending over and saying, "Spank my privates". 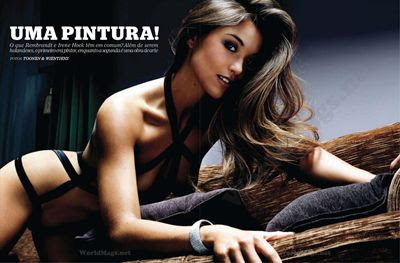