Who really was behind Donald Trump's Presidency? 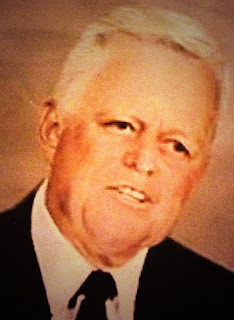 
Who knew after a year, in 2018 AD in the year of our Lord, that there was a controversy as to the identity of QAnon.  Yes the person who said  Hillary Clinton would be arrested.........this is a recent photo of Hamrod.......


was outed after an absence in QAnon did not originate as a college boy version of Ulsterman, but was instead John F. Kennedy jr.

The story was JFK faked his death a decade ago, and teamed up with Donald Trump to invoke an intricate plane to bring down the Deep State that blew his father's brains out in Dallas all over his Mum.

The followers or Q though scoured the net as the stories went, and found pictures of John John at Trump rallies. Of course this was all discounted as Q reappeared on the scene and denounced RANON in trying to hide the fact that he was or was not John John, but someone was John John.

In looking for evidence of this, I believe I have solved the mystery of Qanon and Ranon.

What was the first clue in this was this photo of an elderly man at a Trump rally behind Donald Trump. 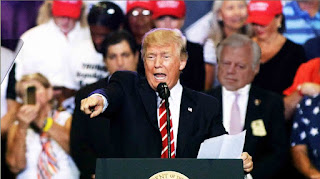 It is astonishing in the man over Donald Trump's left shoulder looks familiar. Here is a blow up. 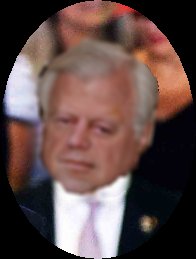 Nom de Deus, this looks like John Kennedy Sr., if he had not died at Dallas, and has been in hiding all of these years. Yes this photo looks like a 100 year old JFK. Have we discovered the source of QAnon, who set up the take down of the Deep State, but John Kennedy himself?

Was the story that on the operating table, JFK did not die, that he indeed did survive, went into hiding under the name John Q. Public, did therapy and has been biding his time to seek revenge on his assassins.

It was then this photo of President Trump at another rally which was astounding, in again the face looks familiar in back of Donald Trump. 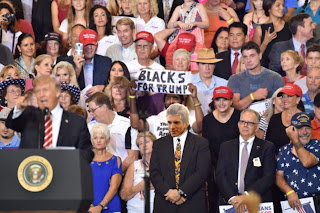 In a blow up, the face is that of John John, if he really was not dead, had faked his death as Ranon stated, in order to take on the Deep State, but now with graying hair. 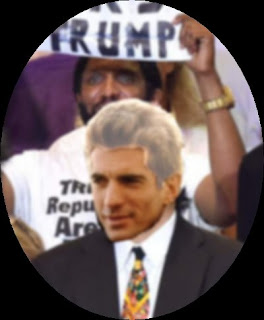 Until July, QAnon supporters believed that “Q,” the anonymous online forum poster whose cryptic clues make up the conspiracy theory, was a high-ranking Trump administration official, or maybe even Trump himself. But now, a good portion of QAnon believers have become convinced that Q is none other than JFK Jr, even though he died in a plane crash nearly 20 years ago.

In late July, whatever person or group is behind “Q” returned to posting and denounced “R,” its newfound rival for impressionable Trump supporters. Still, the Kennedy theory persists among a segment of QAnon believers.


This all fits in QAnon began as a brat snowflake pedaling his daddy's deep state cover for tells, but was soon taken over by John Kennedy. JFK in the interim, suffered from an acute attack of lobster bisque. I know it sounds rare, but that is the story, and here is the proof.

https://www.cbsnews.com/news/jackie-kennedy-marthas-vineyard-house-for-sale-for-65-million/
The Jacqueline Kennedy Onassis Martha's Vineyard Estate is listed for sale for $65 million. Her daughter, Caroline Kennedy, decided to sell because her children are grown. The compound includes a ...


John Kennedy has been living in seclusion at Jackie's home at Martha Vineyard since he went into hiding. It was the lobster allergy which brought this all to a head, and he demanded that Carry sell that house as the smell of lobster would bring out the epipen.

It was during this episode that John John reappeared as the guiding hand of Donald Trump as Ranon. This brought about the feud between Sr. and Jr. as Sr. recovered and wants to put Obama into prison for being a Birther and grant Hillary immunity to testify about Benghazi, but Jr. wants to put Hillary into prison and have Obama provide the damning testimony on Russian hacking. Jr. wants to honor Ted Kennedy who put the Kennedy mantel on Birther Hussein, but JFK is furious that Teddy put the mantel on Obama.

Has the shadowy head known as the Control, who has been behind all of this, been John F. Kennedy. And get this for this barn burner in look at this photo from Facebook. The guy in the lower right looks just like Bobby Kennedy.
Yes!!! RFK faked his own death too, to bide his time to found Facebook and use it as the mechanism to bring down the Deep State from within. 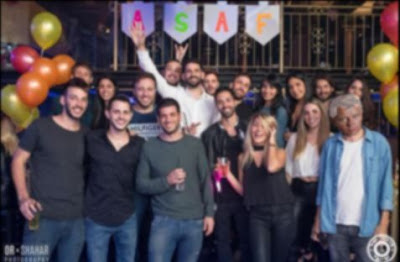 Yes it was RFKanon who founded 4 Chan and 8 Chan the platform where his brother JFKanon as QAnon as the Kennedy Triumvirate backed Donald Trump to be their man to bring down the Deep State that put the hits out on the Kennedy's.

Yes seeing is believing. The mystery of the anonymous has been solved. Who knew it was the final chapter in the Kennedy saga.