30 years to save the World 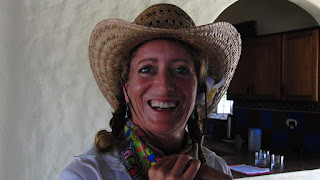 Well we have the solution now on top of Trump Super Background Checks to stop the mass shootings and it is from a skirt in we need to raise the age of owning a gun to age 30.


Stopping the Mass Shooter: Raising the age to buy assault weapons
CDN - Communities Digital News, by Jacquie Kubin Original Article
Posted by BigAlPeoplesPal — 8/12/2019 9:02:49 PM Post Reply
One hundred and sixty mass public shootings that have taken place in the United States since 1966. Since Parkland in February of 2018, there have been 24 additional mass shooter incidents. That was until the horrific assault rifle shootings – one right after another in Gilroy, El Paso and Dayton. In 2018, following Parkland, President Trump moved to increase the age to purchase assault weapons from 18 to the age of 21. Once again, his instincts were correct. Though the target age was short by about nine years. It should be raised to thirty. Each of these shootings committed by young men.

I am all for this, because then we can raise the age to 30 for voting, serving in the military, taking dope, having to get a job, and how about coming to America.


If you are not 30 years old, you can't work in the media, have an opinion, have an abortion, be homosexual.........and just about anything, except collect a government check and eat chips on the couch sipping soda.


See this is great, then all the old duffs who have caused all these problems can put on 90 pound packs at age 40 with their fat asses and die, as what could be better than all those 70 year olds shipped off to war, get shot by the enemy, and never have to be a burden on society. All that money they have can then go to the children under 30 years old. It is the best thing to come along and I am happy this skirt has come up with this solution.

See what I don't get is why Jacquie Kubin just does not advocate to cut the balls off these men, as it is testosterone that does this aggression. Then again, I am for cutting the ovaries out of women, as women kill more people every year than any shooters, but women do it soft cell in destroying people, driving them into drug use, booze bottles or just putting a bullet in their brains.

See when a nation demands that 18 year olds go to war to protect rights, Richard Nixon was right in those adults should have the right to vote. The problem is the laws are still disenfranchising 18 year olds from purchasing handguns.

So when people want to deny rights to others, I want that group to have to make up the slack.
Jacquie Kubin should get her ass drafted into the military, should have to pay welfare for these 30 year olds as if an American can not be trusted with a gun, then they sure should not be trusted in having to work or having to pay taxes. I think most people would go for that in 30 plus geezers could die for them, if they were denied owning guns until 30. I think most people would take the trade in getting like 3000 dollars a month until age 30 as Jacquie Kubin had her entire paycheck seized for this new America.

Denying people their rights for security is something the Founders dismissed, as places like Stalin's Russia or the current regime in Peking have proven that an elite group with rights enslaves billions.

Why were there no mass murders in America for almost 200 years? It is because the government was not criminalizing people to make them feel they had zero liberty to think. The reason people are reacting the way  they are is because too much has been taken from Americans. The answer is not these Mockingbird asstards stripping more rights from Americans. The ANSWER IS TO RESTORE RIGHTS TO AMERICANS.

The answer is not more prisons and more law enforcement. The answer is liberating people, not to immorality, but to moral disciplines which will instill self worth in these people.