In the Image of Christ 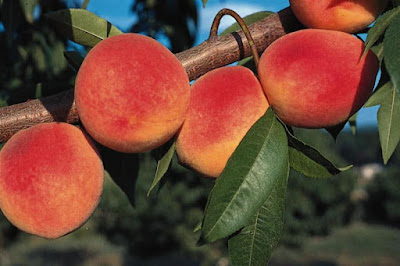 
The Holy Ghost provided me with this teaching in Inspiring me, as this is something which I have never considered in the complete context of the Apostle Luke, who recorded a most illuminating direction for each of our lives in chapter 7.

In chapter 7, it begins with a Roman officer, approaching Christ to heal his servant. He explains that he is not worthy for Christ to come to him, but being a man of authority, if this Centurion tells someone to do something, he does not need to see them do it, as he knows it will be done.
He askes Jesus to simply say that his servant will be healed, and in Faith, he believes that Christ will heal the servant, because this Roman has been aware of Jesus actions in preforming miracles.

When Jesus heard these things, he marvelled at him, and turned him about, and said unto the people that followed him, I say unto you, I have not found so great faith, no, not in Israel.


After Jesus heals the servant of the Roman, He then raises the only son of a woman from the dead, the next day. The Roman is in Mercy is granted a miracle of healing in Faith. The mother of Judah in Mercy is given a miracle of restoring life, because Jesus had compassion on the woman.

Too many times, people hinder God by not asking and too many times people hinder God by not being the kind of person that the Lord will be moved to compassion for. This teaching is not to be twisted by satan to make you feel futile or condemn you, but it is the fact that Christ was showing that people need to get out of God's Way, so  God can love them. God heals and restores when you ask in Faith, and God heals and restores, when you are the kind of person who God is moved by.
People who demand things from God like He is their servant or people who present themselves as someone no one would want to help,  are their own adversaries stopping God.
God will make a good economy, or good rains on evil as well as good people, but the general Love from God is not the same as the Love from God which is in Mercy provided to people who are obedient and submit to Him, and present themselves as a good person.
This mother had the entire village in her funeral procession. That was due to the fact that she was a lifelong good person in that community who expressed by action, caring about others, and they naturally were moved by her plight in caring about her.
Remember that world ACTIONS.

The teaching then progresses in John the Baptist has heard of Christ, and sends two of his disciples to Christ to ask Him if He is the "One", Who was Prophesied to appear.


This is Jesus response, in He does not testify of Himself to the Faithful, but informs the disciples of John, to report what they have seen and heard.
Jesus was not to be known by His making a claim. Jesus would be proven by His actions.

When John's disciples have  returned to John to make their report to him, it is then that Jesus begins to testify to the crowd, not of Himself, but of John.

Christ never claimed anything. He proved Who He was and is, but keeping the Law and performing the Gospel of caring.

Each of us has the duty to emulate the teaching of the 7th chapter of the Apostle Luke. The dynamic of being a Christian is not hemming God in to only perform one way, but God is a God of infinite possibilities of caring for us to come true for wonderful results.

We have the responsibility though of asking, being a real Christian who proves who they are by caring and doing. We are to be in the image of Jesus the Christ.