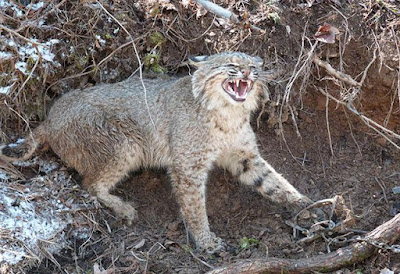 I just saw that 70% of American believe the system only helps the rich.

So yesterday I make an appointment to service the furnace stove that Richard  and Stephanie provided the money for several years ago. I do chores, hurry, get over to check on Uncle. Have to convey messages that the kids are coming to do projects on the weekend, and he was pleased about that, in I have volunteered to help out in more time and energy which I do not have, after watching out for him all summer to give him a chance at life........and I get home, and no furnace guy.

Dude finally calls an hour later, and said he had an install in town, so he would be here tomorrow at 2:30.

So I there  is a pile of problems here that I put on the Lord and no go, after all the good work we do for people, and saving Uncle from the bone pile.

The roof has been leaking since the mother. She of course had nothing, and the ceilings have been falling in with rain, and we sort of need a chimney for heat this winter. So I am trying to get the roof tinned which will run 10,000 dollars like all roofs do, and of course that destroys our future, in how to pay for it, and I sit here looking at all of this shit and just hate this world as I am always pitching dirt out of a hole caving in.

I had  planned to try and get our chain saw running, but it has been raining all summer, and cold, as I have to trim a cedar in the back so the roofers could get at things. I would if this was a ranch house do it myself, but this thing has angles, two porches, and that chimney has to be fixed where it is leaking on the roof line, so that means hiring it done and that big cost, if I can get the guy to do it.
I phoned his home, the wife said call his cell. I call his cell, and it hangs up twice, no doubt from all the telemarketers, so I have that to try and do tonight in more appointments, more cost estimates,  and 10,000 dollars vanishing.

So I have to go do errands today as the furnace guy might show up tomorrow. It is just another peachy birthday week coming up which is already ruined like every birthday I have ever had sucked shit. I can't make up my mind if being cooked on my birthday on a cross country trip with my sister's idiot family was the worst. The worst was always  being tortured in school. The worst was mowing goddamn hay for the old man who was a son a bitch in making me do shit jobs on my birthday or the glorious year a tornado almost killed me on my birthday. I think that would have been the best in being out of here. Then what would all of you children and brats been doing the past ten years in reading this blog in having your heads up your asses. Probably would have been for the best as ignorance is bliss.

So I have to look forward to projects on my hoped for place, as people with more money than sense never  give a thought about how hard we have it, in how much we need that land, but then rich people never think of others.........oh yeah  this is being thought of in we had to go pick up meds yesterday so Uncle would not die. He sent 80 bucks cash, it cost 30, and he told me to keep the rest. No way in hell am I doing that as the kids would get wind of that and think I was scamming him, they would think "Well 50 bucks is pretty good for taking care of him all summer", or the reality is that is what I probably will get is nothing as once people have  money and their lives I never hear from them again.

So I am off to do errands, tired as hell again, and more things wearing me out because people can't get their shit together and because the economy is so wonderful.

If the economy is so great, why is it the prices inflated, no one is buying bacon, I see the shelves in paper towels are not being restocked and after all this Obama's 3rd term, poor people at 70% know the system is rigged against them  and only caters to the rich.

Well go to jet, as I need a safe trip, not cut my hand off running a chainsaw later, not fall out of the tree with a chainsaw breaking my neck and  having to do this all over again in posting things here the people with money don't care about, as God loves them, and the proof is all that money they have.

Forget it, I got to go and I am not in any mood having health stress manifestations and always having to do the right thing as God lays down those rules.

Ain't that a pisser, because the shitter would be like that skirt in California harping at me about she kept her word in donating while the job was  on, and there was no more, and intending to make me feel like shit, which she intended, as everyone gets of on grinding on me.
Nothing like begging and having people with things treat you like dirt and rub it in.

Where the hell is Armageddon, the Great Tribulation and no man left alive, so that I can have some of those good times, for the shit I go through daily.