A Revisit on 1850 Terrorism in America 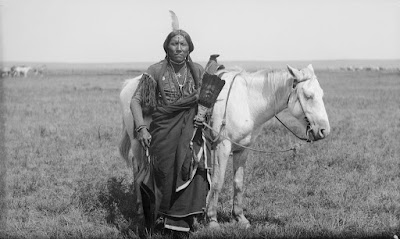 This blog has railed against the Molotov Mob for the entire tenure I have been called to be here. The damage ignorance accomplishes on the mass population dooms the nation and the world to genocide by lack of understanding. I focus a great deal on the American Indian Terror wars, chiefly due to the fact that 9 out of 10 books are so full of bullshit, misinformation or twisted information plagiarized from people who actually had the experiences, that it harms not only society, but the burgeoning communist group known as the American Indian.

To set the reality of this in reality, the American aboriginal was not civilized. They touched barbarism in few instances, and in most cases they were pure savages. They were equal to a bear bitch with her cubs in getting along, but absolutely lethal to those of any kind from the outside.

The reason for stating this is a Molotov Mob award winner from Texas named SC Gwynne, who I obtained his book in a throw away shop for 60 cents, which was 60 cents too much, as he simply reposts other accounts and where he ventures to place his 21st century liberal mind to examine the period of the 1800's, he simply is not an expert in any area and does not have the Inspiration or Forethought nor Hindsight to deal with the subjects he gains revenue from.

The subject is Texas, at a place called Plum Creek. The reality in this is that the terrorist Comanche, through not being survival of the fittest to disease, did gain an ultimate weapon in the Spanish horse, by which it terrorized other terrorists and Spanish, Mexican and American settlers, who were making these vast wastes productive. With millions now inhabiting the region, the Gwynne recourse of "Comanche Land" when their numbers were 20,000 is like saying that Trenton New Jersey controls all of New England and no one else can live there.

What happened at Plum Creek is a refrain from Gwynne of condemnation of Americans, Texans, Mexicans or Spanish in battle, as Gwynne always states the Comanche were the greatest light cavalry in the world, because others stated this, because the Comanche rode trick horses quite well.

There was a chief of the Wood's Comanche named Buffalo Hump. Gwynne gets his name wrong in The Erection Which Will Not Go Down in his Gwynne's racism (Gwynne hides in defining everyone else as racists.) in  the real Comanche would be simply Perpetual Erection. The Gwynne version has that "Heap Big Boner" ring to it with Indians grunting, which they often did when understanding something.

So Buff Hump convinced around 500 armed terrorists with that many women and children to go on a raid to push the Texans to their death in the ocean. The terrorists did a good job of overwhelming the unsuspecting populace and upon reaching the Gulf for a pillage, decided that killing all Americans was not such a prize compared to the 3000 horses and  the city they just burned down.
So back they went north, and were caught up with by a military man named Huston, and some Texas Rangers, and a group of volunteers who relished killing terrorists. Their number was around 150.

At this point Gwynne has on his General stars again as he castigates Huston for dismounting his troops and fighting on foot, which was standard practice, but every time this happens Gwynne heaps scorn as things do not turn out well for the Spanish, Mexicans, Texicans or Americans. Things were not going so well for the Texicans again, until they killed a head terrorist, which spooked the Indians to confusion. It was then that the Texans charged behind a Ranger and drew some Indian blood, drove the horses into the pack horses and all confusion broke loose as the Indians were more interested in keeping what they had stolen.

What requires addressing in something Gwynne and these other experts always miss in their lack of experience or knowledge of warfare. By Gwynne's own definition the Comanche were the greatest cavalry ever and Huston should not have dismounted his troops to a box square, which is standard military defense for infantry to cavalry on foot. That is what defeated Napoleon and his infantry, artillery and cavalry.

Now travel with me in Gwynne's numbers of combatants in the terrorists had 500 of the best horsemen in the world, who could shoot quite well on horseback, against 150 Texicans who had a great deal of heart, but no training in warfare, cavalry charges, or how to deal without armor 3 Indians shooting at you, when all you have is your one shot rifle which took about a minute to reload, and you could not hit with accuracy a moving horse, with an Indian hiding behind it, riding at top speed.
If you missed what I am taking you to, how long do you think 150 Texans on horseback would last with 3 Indians for everyone of them, skilled at penetrating moving horse columns? The Texans would have died in a running battle of about a half hour to the last man.
The reason they were on foot, as all military went on foot, was because it provided accurate fire and it provided for a defensive perimeter where not everyone would get killed. It was not pretty, but it was the best they could do without any artillery, which is what infantry relies upon to swat cavalry away from it, so it can then attack the broken ranks.

Gwynne often recites the Comanche wiping out the Apache on foot and many others. That did not take place when Col. Richard Irving Dodge's boys in blue appeared later on the plains, as the Indians ran from them in terror, as a trained infantry on foot will rip and bloody any cavalry presented before it.

As Gwynne travels on in his Molotov writing, he then challenges the Rangers to not really having a victory, as the Indians produced shielding maneuvers which allowed the squaws and children to herd away the animals and horses. Gwynne reports that the Texans only recovered around 600 of the stolen 3000 equine as a mark of a Ranger defeat.

The above exposes what is so very wrong with all of these books about Indian terrorists. The writers take from other sources which record events and then in racism against White Christian Protestant Americans condemn the Americans, and placing terrorists on a higher plain of morality.
There was never a battle in the United States which unleashed the full force of the United States against any of these aboriginals. That is why these mobile terrorists lasted as long as they did and why they were readily removed once the warfare in precise targeting struck the terrorist at their source which was the tipi and the buffalo.
These Indians were all armed to the teeth to the end, but being armed is not what succored them. Once they were demoralized, they simply quit. That is the difference in the Texans were often demoralized, but they dug down and struck back, but these farmers, shopkeepers, hunters, trappers were not military men. They could not go on long expeditions or had the numbers of a federal government. They fought and learned, and like their kindred in the forests of the east who faced genocide from the civilized tribes there, learned how to be better Indians than the Indians, and then the Texans gained the upper hand.

I would that there were only honest, and insightful assessments of the Indian Terror Wars, from those who understood the tactics and realities as Nelson Miles and his good friend George Custer, who were outstanding in combat, but even in this Gwynne dismisses and derides General Custer for not taking the advice of his ignorant Indian scouts. If any American officer relied on the advice of Indians, they never would have fought a battle. The Little Big Horn again, was George Custer, with a divided command, who in Reno and Benteen did not obey orders to join the main column, but left the Custer command to perish in around 300 not the best trained troopers, against 1500 terrorists who at that point were after a generation gaining experience in how to fight American cavalry.
The Little Big Horn had General Crook retiring from the field against orders, which again left Custer exposed in his position. George Custer was the best White Scout on the plains and one of the best officers. No command can survive when 2/3rds of it has abandoned orders, and it is facing 5 to 1 superior numbers.

When Nelson Miles and Richard Irving Dodge later prosecuted the war against the Sioux terrorists, they smashed their might as easily as the Comanche succumbed to Texans.

This concludes this expose on the threat to America in these ignorant books out there, which are fodder for those who hate Americans and cherish terrorists who raped 14 year old girls, abused them, and then burned then at the stake for their enjoyment.