It is typical of liberal Minnesota when shootings are taking place elsewhere, where liberals are smearing others in blame, that Minnesota priorities are to protect goddamn liberals using other weapons against Caucasians. In this case, it was a vehicle in the hands of a foreigner, and yes American Indians can hold foreign passports, have their own police state to arrest and relish the time that Americans are deported for "their" land.

The scene of this as the Viking mentioned this story, is that two vehicles outside of Rochester  MN, were involved in a high speed head on collision. Of course like Mall Shootings, you can't find out any information when non Whites are the instigators. In this instance, it was Wisconsin Indians, Native Americans, whatever who in not being named, are of course liberals, who were too stupid to be driving a car, as they were speeding down a ONE WAY street the wrong way.

Minnesota Highway Patrol though in 6 people dead, in criminal homicide of Caucasians is focused on whether people had on their seat belts.

I am still steamed over this, as my sister got killed from wearing a seat belt, and when a Minnesota highway robber stopped me to extort money, the skinhead was lecturing how we should have one on as 6 people just got killed. OK I am betting it was goddamn stupid  Mexicans, but that was not included in the extortion, just him agitated in my cutting him off in telling that robber "HOW DO I PAY FOR THIS".

Anyway, the facts are homicide took place in Minnesota and it was covered up.

All died at the scene, the patrol said. One of the cars caught fire after the crash.
Sheila Eagle, who was driving the Ford, and passenger Tamara Eagle were not wearing seat belts, the patrol said. Christopher Peterson, who was driving the other vehicle, was wearing a seat belt. Shayla Peterson was not wearing one.
It is unknown whether Esther Peters or Nyobee Richardson were wearing seat belts, according to the incident report. The patrol also did not have information on whether alcohol was a factor.

Did you notice that the highway robbers could not tell if the dead had on seat belts? Why not? Because their bodies were so smashed and the car so tore apart, they couldn't find the seat belts.
I suspect the Minnesota Highway Patrol would have ticketed the dead.

Here is the damning part in this little menagerie, as if the above is not enough damning of liberals.

The patrol also did not have information on whether alcohol was a factor. 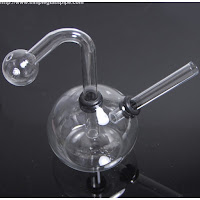 That non investigation means that the Indians were either drunk as hell or high on meth, and no one in Minnesota's regime is going to investigate this, as it was only White People who died. If Caucasians had been the cause of this, George Soros and Alexandria Ocasio Cortez would have been screaming for their surviving children to have been executed. 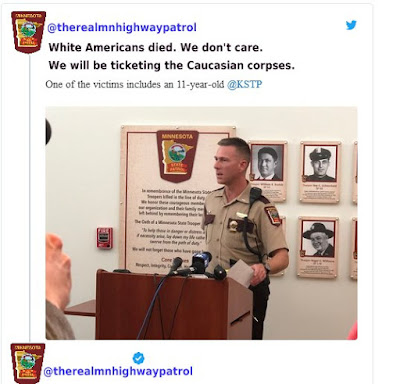 So why is it when innocent Norwegian American Caucasians are slaughtered, because a dumb ass Indian uses their care as a weapon of mass destruction, obliterating American lives, that it does not matter? You know the answer as much as why the Texas shooting does not add up by design, and the Ohio shooting will disappear as a liberal nut was involved in that.

But none of that matters in Minnesota cover up where three innocent Americans were slaughtered with an assault vehicle. Giving some credit in this, it was only FOX which actually reported the identities of this multiple homicide by Obama voters. Otherwise the facts were suppressed.

I will to include this part in the goddamn highway patrol LIED TO US, as in this story, it states that this was the deadliest crash in Minnesota since 2010 in 6 people were killed. That bastard told us that the 6 Mexicans he was blabbering about just died days before he robbed us.
THAT LYING BASTARD!!!

It was the deadliest crash on Minnesota roads since 2010, when six people were killed in a single crash, said Minnesota Department of Public Safety spokesman Scott Wasserman.


Typical liberal police state robbers. Lie about who causes crashes and then when robbing innocent people, they are lying about car wrecks that did not even occur.

Oh well, let us just blame White Privilege and the fortunate Norwegians won't have to be deported of die in the Nazi conglomerate concentration camps in America.

Just take a deep breath Viking as the Lord will work things out. Just take care of your girls in keeping out of trouble.


Christopher Michael Peterson, 26, of Rochester; Esther Linda Peters, 47, of Rochester, and Shayla Jean Peterson, 23, of Paynesville, Minn., were in the Chrysler. Sheila Eagle, 54; Tamara Lynne Eagle, 29, and Nyobee Eagle Richardson, 11, all of Waukesha, Wis., were in the Ford, the State Patrol said.