I IQ therefore I am 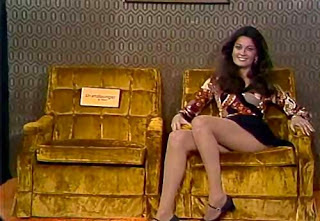 
Not going to invest much time in this one, but people are becoming less intelligent, and it is by design by the cartel, and it all has to do with nutrition.

Why are IQ scores dropping now and
what’s that mean?
HotAir.com, by Andrew Malcolm Original Article

I knew it! You probably did too. People generally are getting dumber. Not anyone reading or writing this post, of course. But the world population in general. IQ levels inexorably rose during the last century, about three points per decade, according to established research. Now they’re not. In fact, IQ levels are actually in decline — and not just in Congress. According to a number of studies, beginning around the turn of this century, IQ test scores were found to be declining across Britain, Germany, Scandinavia, Australia and


Well not all nutrition as the Negroid is naturally as are most 3rd world types at 85 IQ, the smart monkey in their genetics. 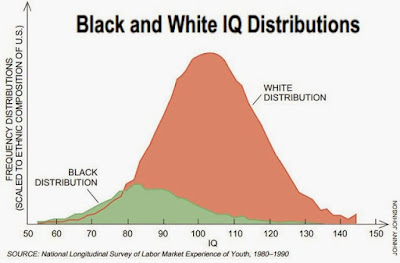 Meanwhile, the reason that human IQ rose was not just the assembly of recorded information or God's breeding program, but it had to do with the expansion of Protestant Christian Biblical realities in eating the fat of the land.

Brains are simple instruments in they are all literally fat, cholesterol in fact and that is why the cartel started harping on people not eating milk, butter, eggs, cheese, cream, bacon, as all of this fat nourishes the brain in the womb and out of the womb.
The best food for the brain are chicken eggs. The egg is about the complete diet for a human. It is why though people suck tits at birth as high fat is what grows little minds into big IQ's.


Lutein: This compound is found in egg yolk, avocado and dark leafy greens. Some studies have found that high levels of lutein may improve cognitive function. One study found that lutein paired with the omega-3 fatty acid DHA, actually shows a more significant improvement. Again, balance is key! No one nutrient can be a cure all.

Omega-3 fatty acids: These are polyunsaturated fats (PUFA). Omega-3s include EPA, DHA, and ALA, which are found in different types of foods. DHA and EPA are mostly found in oily fish like salmon and sardines, whereas you can get ALA in various plant sources, such as flaxseed, beans and olive oil as well as specialty eggs. Numerous studies have found that high intake of PUFA-rich foods is associated with positive cognitive function and decreases risk of development and progression of dementia. Conversely, high-saturated and trans-fat consumption may have a negative effect on brain health, increasing risk of dementia.

Soy: Phytates in un-fermented soy cause nutrient mal-absorption (esp. zinc, iodine & iron) and interfere with thyroid hormone production, technically called endocrine disruptors.  Research suggests soy increases estrogen levels too. Small amounts of fermented soy (tempe, Tamari, Miso) are better choices, but should be eaten on a limited basis and even then many are reactive to soy and find relief from symptoms once it is removed from their diet completely.

It was learned not so long ago that if you desired to make cult, the first thing you did is restrict meat, as in beef from the diet. Lack of protein  turns the brain into an organ easily influenced. If you desire to produce a superior race, you eat God's things in the land of milk and honey.

One of the worst devolutionary foods there is, is the soybean. Soy children turn boys into girls and girls into zombie females. It is why the cartel pushes soy milk in little minds, as it retards little minds and makes males who are effeminate and girls who lose their natural nurturing attributes.

So that is all the time I will waste on this. You shit for brains who have been eating healthy have been destroying yourselves, along with stupidly not eating salt. Another thing that you were told not to eat.

And what have you been sucking down instead: