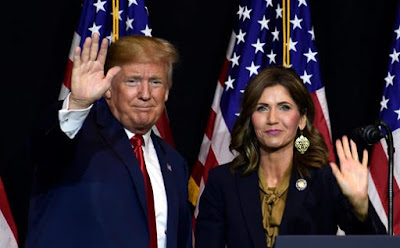 
All of the White Race has been told that swarthies only do jobs which the White Race will not. It is no secret that I observe the workings of the cow chip state, South  Dakota, and in that I choose to share something, as in my DNA I enjoy statistics and data.

I have for recreation been monitoring a race of Americans in South  Dakota, perhaps numbering a few thousand who truly have the right stuff in their veins.

This all begins with the farsighted genius of the best Republican on the planet in Governor Kristi Noem. Most get lost in her pretty face, but this woman is the  real deal in leadership. One of the first acts she undertook was undoing the environmentalist rapine of South Dakota in protecting predators. With the Game Fish and Parks biologists screaming at the Governor to not put on a bounty on predators, the Governor did just that.

The deal was  10 dollars a tail of any fox, possum, skunk or raccoon, in order to protecting nesting wildlife. The Governor set aside five hundred thousand dollars, for the period between April 1st and August 31st. What happened though in the cow chip state is White Americans are eager beavers,  or eager Germanics  as these are a German Israelite people out there, and 19 days before the deadline, South Dakotans had removed over 54,000 predators, protecting wildlife. They literally took 4000 more animals than money was set aside for. This was like the Oklahoma land rush. It was as Teddy Roosevelt stated in, "Just unleash the natural positive greed in Americans, and they can do anything". 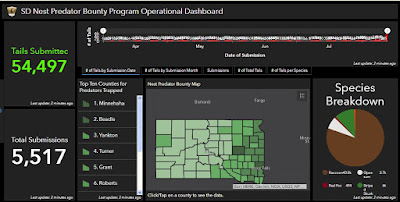 For those who do not understand what has taken place, will think the 54,000 animals are gone. No, what has taken place is 54,000 predators have been removed, but it opened up food and habitat for the females in pockets untouched by the live trapping, and these females free of population disease and hunger, will all have full wombs come breeding season.

I have been monitoring the possum population of South Dakota, as out of nowhere they appeared in that state in a wide spread distribution. I am convinced the GFP transplanted this vermin into the state. The numbers reveal the population did not expand greatly in only 3700 grinners were harvest. The fox population is down due to the influx of coyote populations, which are on the rise in South Dakota, due to wolves from Minnesota and Colorado pushing coyotes into the state.
Fox are one of the worst killers of nesting birds in eating the birds. Raccoons though are the worst in destroying nests for the eggs. In that almost 49,000 coons were killed.

From the numbers on the data, there was an immense surplus of males which were taken. Again, this kind of over population would have produced a distemper epidemic among the coons in the near future. In this, South Dakota now has a healthy predator population, which has allowed for more prey animals, and has created a better food base for predators which should  be shot off but are protected in hawks and horned owls.
Pa Ingalls from Little House on the Prairie on Silver Lake, shot all the hawks he could. South Dakota was founded on good predator control.

This is an amazing thing in this cell phone era, in children were prowling around most of the summer in trapping vermin. Enjoying themselves and earning spending money for lovely gifts for themselves which they will have for years from firearms to traps.

I was told that South Dakota gave away something like 16,000 live traps to the citizenry, and that is a wonderful investment as each trap set produced at over 300%. That is better than Wall Street in dividends.

I would hope that Donald Trump would act like an American part of the time as he is moving to take those hideous grey wolves off the endangered list. Those vermin are stampeding cattle and driving them wild in Montana, Colorado, and in Minnesota they are eating hunting dogs.

https://www.whitehouse.gov/wp-content/uploads/2018/02/FY19-Budget-Fact-Sheet_Border-Security.pdf
At the Department of Justice (DOJ), the 2019 Budget proposes an overall funding level of $563 million for the Executive Office for Immigration Review (EOIR), a 28 percent increase over the 2017 Enacted level.


563 million is but a fraction of the billions at the Department of Homeland Security. If Donald Trump set aside half that in 281 million dollars, armed Americans would round up every last invader in a few months for the bounty.
The federal budget would balance, America would cease being a police state, and America's problems would be solved by Americans, efficiently as Americans turning Ohio wilderness into a prosperous state.

South Dakota in Governor Kristi Noem has proven that the White Race when unleashed will solve any problem as long it can keep the rewards.

Americans  will protect the innocents four footed and two legged, if America had a leader who would set them at liberty as Kristi Noem did in South Dakota. What a remarkable breed Americans are in this last generation. 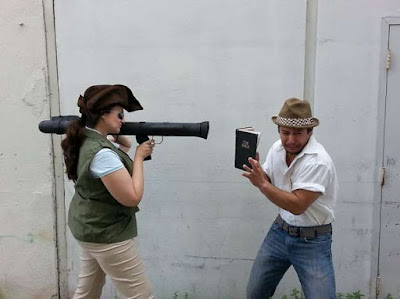