When will the Trump clock Toll for Thee 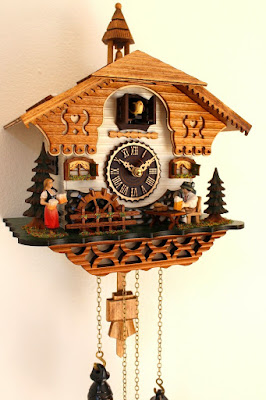 
Donald Trump as President has been ill served and ill advised by most of the people around him, starting off with Mike Pence and Jared Kushner. There have been far too many who were installed by Trump Trans to stall  MAGA and promote the Bush, Clinton, Obama deep state agenda.

When I read of the latest person fired by Donald Trump in Dan Coats, I look back on 3 years of very ineffectual advice to this President from Herbert McMaster to self serving trolls in John Kelly, so the headline can read Dan Coats was fired for speaking the Truth to Donald Trump, I judge this as a condemnation of Dan Coats and this entire Trump Trans.

On Sunday night, his time in office came to an end: Trump said, via Twitter, that Coats was stepping down, to be replaced by…

I explain this in the example of Homeland Security Director Kirsten Nielsen. When the President instructed her to accomplish something, her response was "we can not do that as regulations forbid it."

That is not serving the President.

I will explain again, and Rex Tillerson is an example of "his doing things". No one who is appointed by the President of the United States should enter that job with their agenda. Any person of an administration is there to serve the policies of the President, and if they do not agree, they are to resign and someone else who can follow orders should be in that position as that is what the people voted for.

I will give this example in if I was in the Trump White House, for me to serve Donald Trump, I would inform him before appointment, that I would 15 minutes with him any given 24 hour period upon my request, and if I was not given that, I would resign as I would not ask this if not important to serving him.

Vice President Dan Quayle, a farsighted individual who was proven right on everything he addressed.


Professor Stephen Cohen, one of the few intellectuals left in America, who is an expert on Russian issues, which is 70% of the problem in American foreign policy.

Vice President Dick Cheney, a leader who has experience on every issue front and back.

Sec. Donald Rumsfeld, the mind of the political, industrialist and financial genius.

Senator Jim Webb, a Navy man, and a nigger knocker, as one always needs one of them around.

If these American experts would agree, I would contact them from time to time when the President seized upon something, to provide me with a Preamble and an explanation of one paragraph, with a follow up sheet of one page to detail the workings of their solution.  I would prefer 3 scenarios, which would project 21 solutions of different perspectives which would produce the solution the President sought, with two back up plans formulated upon the one main operation.

Serving the President is a job, a very detailed and constant job, requiring 1000% effort and 1000% success, as you are there to make the President look perfect and produce for the American voter.

Donald Trump has had about 3% of the above, and that 3% was mostly in his Mueller defense.

Donald Trump has had none of the loyalty which Birther Hussein had. In fact, the Trump Trans installed trolls who are loyal to Obama, Clinton and Bush.

Donald Trump's only successes have been against MAGA. Gary Cohn looted the country and Steve Mnuchin is managing that stagnation the looting caused. The budget is one of hog trough for Pentagon and Nazi conglomerates. Nothing is provided for the American People.

It is not difficult to serve Donald Trump. He is a German Scot, which means he wants to screw the clock with the fewest turns to get it to run on time.