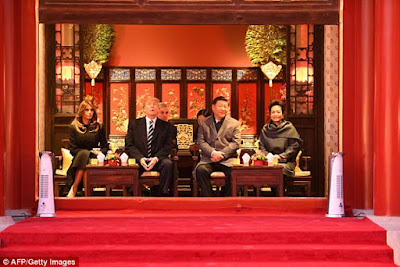 
There is a question in China in how long Peking will tolerate the CIA initiated protests to foment in Hong Kong. For most people they have no idea what Hong Kong is, but it is an island protectorate as is Macau of the communist Chinese.
Hong Kong was started as a trading port or more to the point a British port to smuggle heroin into China to addict the nation as Chinese like the rest of the world did not want itchy British wool in the tropics.

In order to break the Chinese opium market, the British turned to the Turkish opium and began exporting that commodity into China. The short of it is, England used Yankee traders to dump opium into China. The Delano's of Franklin Delano Roosevelt made their fortune in this manner. The operation was an American ship would anchor, and on one side black cannon balls sized opium balls would be offloaded and on the others side the opium would be loaded onto bogus Chinese government junks to dump into Hong Kong.

Hong Kong is this environment of the same type of crooks as before. They are a cut throat people, who make a fortune selling American pirated copies to American on Ebay.

The modern Hong Kong has been chosen to be the conduit for failed  Jared Kushner policy, after Kushner tired to sell Ivanka to Peking over Trump beautiful chocolate cake in Marlargo. That having failed in China not buckling to Trump's Trade War, as Trump bribes American farmers in their coming extinction to be replaced by robots in the HAARP wars in America, protests have erupted in Hong Kong.

The question in this is how long will China wait before smashing the island of Hong Kong.

Back in the day of George HW Bush, who is the father of nuclear, oil cancer and resource eating the world China and bankrupting America, there was Tienanmen Square. This massacre is difficult to even have it listed as a massacre now, save the CIA's Time magazine defines it as such.

What it entailed were stupid Chinese thinking they could have a revolution as in Moscow, and in the end the PLA shot the protesters, ran them over with tanks, and obliterated them in prisons.........selling their organs to westerners. 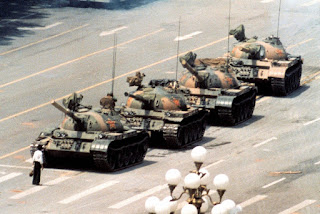 https://time.com/2822290/tiananmen-square-massacre-facts-time/
The Tiananmen Square massacre left an unknown number dead, with some estimates in the thousands, and smothered a democratic movement. But after a quarter-century—and a thorough attempt by the ... 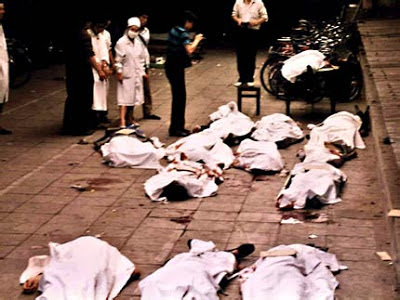 It was not pretty but it was CIA Bush wide open making of China for the next global war, as Bill Clinton, George W, and Obama handed over advancements to China, while Russia used their stolen American military technology to bring the dragon from the care.

Clashes between protestors and police at Hong Kong International Airport are getting intense, as thousands of pro-democracy demonstrators have brought travel to a halt. (Photo) Armed with pepper spray and batons, riot police are trying to restore order but the protesters are fighting back, as seen in a wild incident caught on camera. A lone officer is seen trying to apprehend an apparent protester when the mob suddenly turns on him. They manage to get his baton away from him and begin hitting the officer with it
Hong Kong though is a zero problem for Peking. Chinese fakery in economics has lessened Hong Kong's importance. Peking could crush Hong Kong tomorrow and it would not suffer as Europe and other nations would protest, but nothing would be done.

www.ejinsight.com/20170609-HK-versus-China-GDP-a-sobering-reality/
HK vs China GDP: A sobering reality Hong Kong's economy relative to China's gross domestic product (GDP) has fallen from a peak of 27 percent in 1993 to less than 3 percent in 2017.

The only saving grace for Hong Kong is when Peking smashes the island, it will send shock waves to other islands in Vietnam, South Korea, Philippines, Japan, Singapore and India. That is the restraint China has eyes on, as Trump's Trade Wars have weakened Peking to the point they are in depression, on top of the years they have been filling warehouses preparing for war with the United States, as their fake economy has been propped up by China buying China.

When Peking comes, it will be by the massive armoured column bridge built for tanks in the Shenzhen pictured below. The Chinese Navy will ring the island to cut it off, and a thousand tanks will crush the Chinamen who exist there in a media blackout, thanks to Silicon Valley computers. 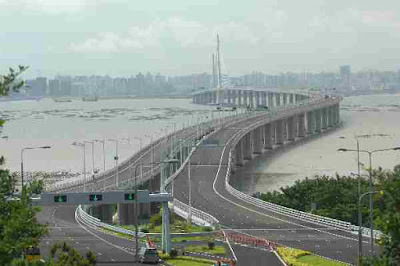 
Linking the entire chain of islands is the Tsing Ma. China will not have to destroy Hong Kong as that would not be in Peking's interest. It will simply have to control the arteries and begin depopulating the island enough in shifting populations to scare them into staying home. 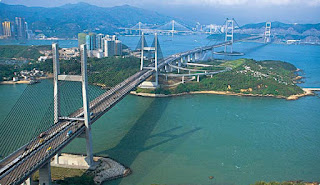 
China's problem is not allowing the protests to spread again to the mainland. In that, the PLA  must not hesitate as in Tienanmen, where tank columns were being moved around, and it was broadcast on American media that there was hesitation, which of course emboldened the Chinamen to continue on, instead of fleeing for their lives.

Honestly, the mainland is such a debauched culture of worthless trolls, that they will suck on their internet drug of Yuans and not care what Hong Kong does, or what is done to Hong Kong. China could wait out the protests as it is doing in the first wave to allow the CIA conduits to burn themselves out, and expose the American weakness.
There are 6000 PLA greenshirts in Hong Kong, and while they have been reacting as all things Chinese in being a sleeping dragon, their position is secure as the CIA  is not going to allow a garrison to be attacked which would force the Chicom's hand.

Never overlook in this that the same John Brennan CIA in collusion with MI6 of London, desire this conflict.

Conservative member of the British Parliament Daniel Hannan tweeted an ominous video from Hong Kong: Daniel Hannan ✔ @DanielJHannan This is just across Hong Kong’s border with China. If you have tears, prepare to shed them now. (Snip) It's not like the world can dismiss this show of force as simply an exercise in power politics by China. They've shot down unarmed protesters in the streets before. And you can bet the protesters in Hong Kong know this. Just to drive the point home, China released a video of the troop carriers moving to the border:


The cartel who installed Donald Trump and is now made peace with their fellow traveling cartel, has realigned American policy to cripple China, while allowing Russia to over extend. The bear must be drawn out to kill it, but the dragon must first be put into a position of eating it's own tail, so as to not assist Russia.
That is the process in this as the Trump plays the Trump Card and China holds it's Trump card in reserve, and moves into Venezuela in a stronger position in order to create problems for America there.

Understand in Chinese checkers, that the Chinese rarely deal in direct attack. Direct attacks initiate as with George W. Bush flying a spy plane into their sphere to be forced down and allowed to be pirated are not the common. Instead China. like Russia prefers others to die for their sins.
In this, Russia is moving hard into Iran. That is what Chinese checkers is about, as it is now in China's interest to have Iranian nuclear terrorism strike the United States a crippling blow as the Americans and Russians face off in the Mideast as the Peking girl has that Xi expression of having just wetted herself in orgasm, and can not tell if it is pleasure or pain.

Once again, this is another Lame Cherry exclusive in matter anti matter. The Americans would benefit from a Peking attack on Hong Kong. Peking though would prefer nuclear terrorism out of Iran which would solve it's Hong Kong paradigm.
This is far more complicated than the Occidentals and Orientals are pretending it is not in this Hong Kong Roulette Stand Off. 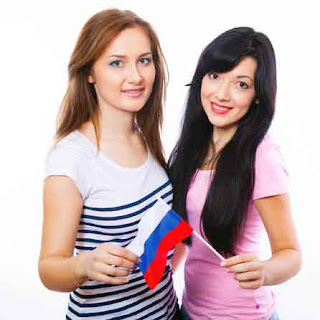