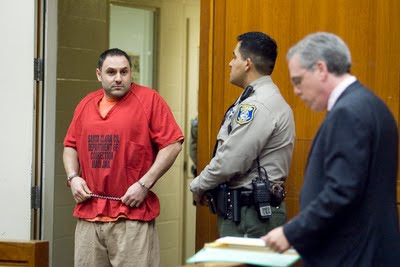 
I do a great deal of late night watching NBC reruns in their murder investigations, and most are situations of people getting themselves into the grave by their own stupidity. Juries seem to have a bias in convicting people who are innocent and often times are too stupid to deal with scientific evidence and convict on something they "felt".

This story is about an Italian named Jennifer Schipsi and an Arab named Bulos Paul Zumot. In short Zumot murdered Schipsi. 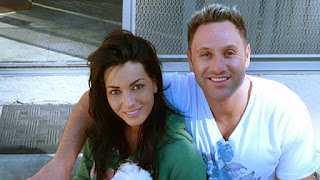 Of course, first look as you saying, "What the hell is this hot chic doing with this dork", and you know the answer in, you had a ball buster woman from California, who wanted an exotic pet sand nigger to parade around and dominate. That always ends badly and this ended badly again.
Schipsi's best friend was a faggot, so that sexplains who she was in wanting all the attention and no real men around to challenge her in cuckworld.

These two were volatile, but that just means they got off on fighting and the make up sex. That is what took place on the night of the murder as the woman threw a birthday party for the murderer, and later stormed home furious, about something on a broken heel.
This is where it gets interesting as she started texting in threatening the Arab. About going to the police at 3 PM the next afternoon if he did not pay up. It was quite a pay up, as on some cell phone they later recorded them going at it in the bedroom, where the bed would be lit on fire in just a few hours.

Schipsi's best friend, Roy Endemann, said Zumot swept her off her feet -- but he was far from the ideal boyfriend.
"He would put her on a pedestal, but then the next day he would knock, knock her off the pedestal, and throw the pedestal in the trash," Endemann said.
He said Zumot called her a bad real estate agent or would say she was getting fat. Jaime Schipsi also accused Zumot of criticizing her daughter's figure.
"My daughter weighed 105 pounds," she said, "And he said to her, you're not wearing a bikini. You're too fat."

The Arab liked putting the woman on a pedestal and knocking her off. She wanted to wear a bikini to punish him, and he punished her 105 pound weight by saying she was fat. Yes it was that kind of brutal relationship of tit for tat torture.

I am not going to waste time on fake alibis or fake text messages as time of murder does not interest me. What interests me is the woman threatening the murderer.

Zumot's family maintains that Paul Zumot treated his girlfriend like a princess.
Whatever was going on in her relationship, the rest of Schipsi's life seemed to be spiraling downward: the real estate market had started crashing, she couldn't pay her property taxes and things were so bad, she even filled out an application to work at a Hooters restaurant. She was also stressed that her parents were divorcing.

There is in this the strange text of the Arab stating he did something very ugly to her, that she should go date someone else and that she was angry with the Arab.

When one starts coupling this couple, there is a reality which emerges which can not discount a smashed throat in someone in rage about twisting this woman's head off.

What interests me is where this woman was found at sundown on the night of her murder. She was in bed. 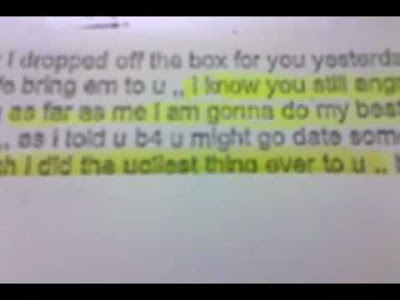 Being in bed at sundown on a California night is not normal for a hot woman, even after a party the day before. Nor is it normal for the Arab to be out of town and not texting her or phoning her on his arrival back out of the city.
He changed his story to a police officer friend in being at the house during the day and then not being at the house. It all comes full circle when an empty gas can was found partly melted by her hip and the bed on fire, with a charred corpse smelling of gasoline.


NBC did not share if Schipsi was clothed, in bed attire, street attire or what. They did not share the position of the corpse. That is where the tale of this tape is, and the tale is one which brings questions in, this woman was strangled in a crushed neck. There were no defensive marks on the Arab which is puzzling, but it brings about a scenario from the Arab on the night of sex in stating Schipsi took a couple of Xanax before sex. 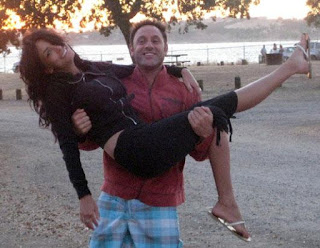 What this crime scene tells me is a summation of events. The Arab being told he was going to prison for some kind of financial theft, appeared without a valid check, and paid Schipsi off. She being dazzled again about make up sex, and Xanax in celebration ends up in bed.
It appears the debtor Arab at the start of this, then either confessed he did not have the money really which set this woman off again and he murdered her, or he weighed his options and in the seduction bed of a drugged woman, about twisted her head off.

It appears he had been thinking of his options for sometime, and what happened was  triggered by events in bed before sex. As this followed, it was shown that the Arab went to a gas station to purchase gas for the inferno, but he had not planned out the details as gas leaves residue, and he was in a panic, and wanted to cover up the crime, so the burning bed was enough to BBQ the Italian but not bring down the house.

All of the events are why she was in bed, as being murdered there, brought about the  illogical actions of the Arab in not contacting her as would be normal and the botched cover up.

It all comes down to a woman who was good at selling the promise of her ass to clients, was worthless at real estate in a bad market. Her control of the Arab was money and sex. She tortured him and in all 3rd world types, he broke and retaliated. Her money control in lending him money, was the catalyst in this as his water smoker bar was not great of revenue producer  in money he never intended to repay, and she was going to sell her ass again at Hooters to make ends meet.
It appears the birthday party was the sale for her and it fell through and she was going to bring in the law.

As there were not any toxicology reports that is unanswered as did he spike a water pipe to put this woman out of resistance, before he smashed her throat. There is a reason for incapacitation and position of the body in bed. He either placed her there on display like sleeping beauty or he did the deed there.

All of this had disaster carved into it from the beginning and it ended just as cross species often do in infamous examples like OJ Simpson. 3rd world males only get their balls busted for sex and they do retaliate when the sex  runs out, which is usually something about money.

She should  have married an Italian guy and been enough of a woman to be his woman, as being an Arab's woman ended up with BBQ Italian and that food item never appears on the menu.