Racism is about Nigger Failure not Caucasian Success 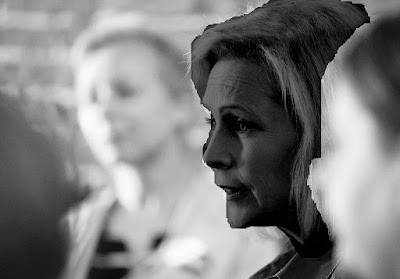 The CIA's New York Times, once again preying upon ignorant successful White People who feel guilty about screwing other people over for spreading their blonde pussy hairs for Senate seats, while a Jew just praises their ingenuity for getting a goy to sell her white cunt for bank deposits at Goldman Sachs, is attempting the Nigger Narrative as the defining issue.

The Lame Cherry asks what about the American Indian who has as many communist ghettos in America as any Black and far fewer multi millionaires as Blacks, as much as why is not racism in Blacks an issue when they were burning out Korean business people who provided services in the Black communities?

In short, Kirsten Gillibrand should talk about Leftist Privilege in setting up Planned Parenthood Niggercide clinics to abort Negroid babies in the womb for billion dollar profits, and why that is not something which comes up in any of this.


Kirsten Gillibrand Is Right: Racism Is About White People

August 1, 4:33 pm (ET)
Kirsten Gillibrand offered a better way forward for Democrats, and white people, when she talked about the problem of white privilege in response to a ...


The reality of this world is all of us started out with the same dirty ass and problem of lions eating us. Some peoples made correct choices, while others chose interactions which suppressed them. Europeans were in the Dark Ages, and what lifted them to the modern era was Protestant Christians, whose Faith in the best ideals of mankind was rewarding that which benefits people most in work for wages.

Every Black in the United States of slavery background, originated in Africa, and each one was captured by a prevailing Black tribe preying on other Blacks. It was Islam which brokered the modern slave trade, in shipping out the Nigger to be castrated, and those that survived were the eunuchs of courts.
The Iberians next procured the African slave trade, and then the British.
Into this all slaves in America were not Black. The first slaves were Indians. The next wave were Scots deported to Virginia colony by the English in victory over them in war.

Those are the facts in the Black slave then arrived in America in trade for sugar plantations first in the Indies, just as the African Muslims were earlier exploiting Europeans of the southern and Balkan areas, simply because other races were horrid servants and slaves.
That is another fact overlooked in the worst detriment to progression in commerce in the Americas was Black slaves, as they were a hindrance in being so sloven and stupid.

Theodore Roosevelt in his African Game Trails, assessed that the American Black has benefited from slavery, as the Negroids he found in Africa were still in a horrid state. Slaves in America when liberated, were educated, had semblance of religion, but still were worthless creatures as they followed Union forces around waiting to be cared for. They were ordered to get back to the plantations and take up working occupations to care for themselves.
The worst reality of the Abraham Lincoln assassination is that his plan was to ship all the Blacks to Latin America to build the Panama canal as the Negroid did not belong in America.

While all of the facts are never presented in any of this CIA Mockingbird diversion, the fact being diverted from is White Protestants made the correct choice in culture, religion and commerce. They fought of this in labor and life. They were brought into the United States by east coast exploitation which is currently bringing in the Taco Nigger for profit and taking Sand Nigger Islam bribes.Those are the facts, along with the intended agenda of splitting the democratic party into two leftist factions, ending the choice of liberty and justice for all, in Nazi and Communists. Gillibrand the blonde nethers of Marxism to give it a fuckable face, in distracting from the Truth is that what is being advocated in these policies is White Displacement as was forced upon White's in Africa in their deportation, in bring the American Genocide to the White Protestant Caucasian.
This is what these policies are all about, in disenfranchising Caucasian Christians, and the result is the "legal" mob rule stealing of the work of American Pioneers, because this intelligent, God fearing race is one which will always contend, while the swarth sons  of Islam and Jesuits are natural races to be controlled, in having neither the intelligence nor the bravery to ever resist.

Those are the facts which the New York Times in CIA promoted propaganda will not include in their Negroid centric apology. Why is it that the Japanese whose lands in California was stolen by democratc Franklin Roosevelt while they sat in concentration camps, because they were a threat to national security is not addressed, no more than the Chinese coolie who was a Rice Nigger for American railroads is not even mentioned in any of this discussion  from the left.


America is made far less safe by people who refuse to call out all the ways that racial hostility is rapidly growing. We know what the symptoms are. People of color live them out daily. Sometimes, however, we find ourselves asking public officials why they are only talking to and about us. Ms. Gillibrand offered a better way forward for Democrats and white people. I hope others follow her lead.
Melanye Price (@ProfMTP) is a professor of political science at Prairie View A&M University in Texas. She is the author, most recently, of “The Race Whisperer: Barack Obama and the Political Uses of Race.”


Barack Hussein Obama, the Indonesian Islamist was the greatest exploiter of racism in American history. If he would have worn a white sheet and burned crosses, it would have equaled his racist slurs about "folks" which was calling White People as Niggers.
One of Obama's biographers on Charlie Rose, literally stated to gasps of the leftists on that panel, that Obama did not care about the Gulf States being polluted by oil spill gushers, because they did not vote for him. The American interior was allowed to have "wild rivers" or massive flooding of White Republican Protestant homes as Obama green policy was a tool to destroy his racial competitors.

So a New York paid for blonde can attempt to elevate herself in being a race hater of the Caucasian as  quadroon Kamala Harris is elevated to being Joe Biden's Mammy in educating that White Boy about them issues  he just don't understand, but the facts expose their racism against Americans.
The fact is that all of the democratic candidates hate themselves, but are too cowardly to commit suicide. So the psychosis is transfer to hating others. In this case, they are a great deal like a cancer, attacking their own body, as they desire to make an entire race for their own hatred of themselves.

None of this interests me in the least, for in projection I know what will be the reality. Russia and China do not have it in their races to conquer the world. They may blow up the United States, but they are incapable of occupation over the long term. It required 200 years of the American colonies to begin to sprout as self sustaining entities.
The Asian is incapable of this type of Darwin rising of the fittest for they are not the most fit.

This leaves the vermin of the land in the Mexican, as the Muslim and Hindu have not the ability genetically to prevail. The Mexican will languish and retrograde, which again is what the cartel is engaged in, for their robots are to rule for them in all their needs.
The problem in that is the age of the machine has not been proven self sustaining. In other words, the destruction which democrats are unleashing on White Protestants, will produce a decaying humanity, like that of Nimrod, and in 200 years or if Christ does not return by then, 2220 AD in the year of our Lord, the enclaves of the surviving Caucasians will again break forth, contend as they do, in being superior genetics and intelligence, who will once again begin displacing these curs and culls protected by the police state of this Caucasian genocide in this era.

It will be a complete waste of humanity, as space should be the seeding for  mankind, to planetary colony to planetary colony, the different races can be seeded on  planets to continue their genus, but even in that contending universe, the Caucasian will prevail, due to the fact that being good breeders does not make for building space ships.


Those are the facts which are not being allowed into this propaganda for the reason that the Truth in historical fact to futurist projection all expose this is a holocaust created against the White Protestant American to displace them and remove them as contenders and leaders, for the rule of a small group of financial dictators.

For those who have problems with the word Nigger and other slang, they are the same ignorants who do not have a problem with White Privilege, which is code for American Genocide, in the mass displacement and slaughter of the American Race.