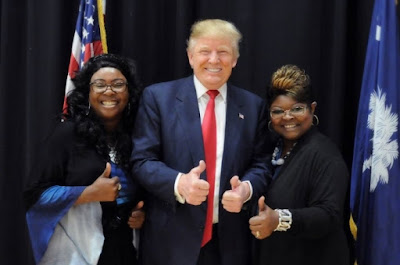 The reality of Webster Griffin Tarpley's revelation that the elite were engaged in splitting the democratic party into a Nazi and Communist wing to rule America in revolving tandem out of the White House, had another  confirmation that Donald Trump as National Socialist is to inherit the American Negroid as a voting block.

The proof of this is a piece by the CIA's Atlantic which has been data mining dead presidents not on currency in Richard Nixon and Ronald Reagan. 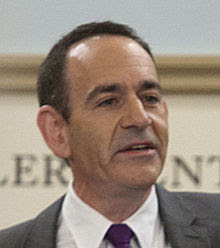 In this, Tim Naftali,  a faggot Jew from Quebec, was for some unknown reason placed in charge of the Richard Nixon Library and Museum. That would be like a skin head KKK placed in charge of the Obama library in Chicago.
Anyway, Naftali, was data mining Nixon and Reagan, and has written a hit piece to herd Negroids away from Donald Trump in outing Richard Nixon and Ronald Reagan as racists, as the Jew Meathead Reiner condemned all Trump voters as racists or racist enablers.........as Reiner neglected to protest Obama terming White Christian Protestants as "folks" for all of his regime in the worst form of  racism, which generated in hidden policies denying White's financial equality in loan applications and jobs.

The day after the United Nations voted to recognize the People’s Republic of China, then–California Governor Ronald Reagan phoned President Richard Nixon at the White House and vented his frustration at the delegates who had sided against the United States. “Last night, I tell you, to watch that thing on television as I did,” Reagan said. “Yeah,” Nixon interjected. Reagan forged ahead with his complaint: “To see those, those monkeys from those African countries—damn them, they’re still uncomfortable wearing shoes!” Nixon gave a huge laugh. The past month has brought presidential racism back into the headlines. This October 1971 exchange between current and future presidents is a reminder that other


So the condemnation is Ronald Reagan is a racist, because he called Africans from Tanzania "monkeys" for voting against Taiwan and for communist China at the United Nations.
Naftali goes on to explain that it is not the monkey's fault, but the British and French who undermined US policy.....that would be the limeys and the frogs who betrayed the yanks.


The day after the United Nations voted to recognize the People’s Republic of China, then–California Governor Ronald Reagan phoned President Richard Nixon at the White House and vented his frustration at the delegates who had sided against the United States. “Last night, I tell you, to watch that thing on television as I did,” Reagan said. “Yeah,” Nixon interjected. Reagan forged ahead with his complaint: “To see those, those monkeys from those African countries—damn them, they’re still uncomfortable wearing shoes!” Nixon gave a huge laugh.


I personally understand Ronald Reagan's disgust in these Negroid's from Africa gyrating around on the floor of the United Nations, apparently without shoes.  This blog noted the same exhibition of Negroid Islamists not having the sense to not sully the Oath of Congress in the elected Representative included her tribe who were all taking the oath and performing body functions disgracing the Oath.

Now is it racist for Ronald Reagan in 1971 to call Negroid's as "monkeys".when the accepted term was nigger, jungle bunny, sambo, spook and whatever Rastus was defined as, as was common usage in an era when terminating pregnancy by abortion was deemed murder in the minds of Americans, does this link then Tim Naftali to mass murder of 6 million babies as the Nazis in the holocaust or does it mean that Tim Naftali is from a different era, just as Ronald Reagan was 40 years ago?


That is always the problem with head up their anus liberals. They make charges, are paid for the Molotov service in smearing those they deem deplorables, as Hillary Clinton in racism spewed in 2016 of certain Americans, using the same monkey criteria of Ronald Reagan, but Hillary Clinton and Tim Naftali are not from an era 40 years ago, and should have as they elevate themselves been more moral than those they cast stones against.


“As you can imagine,” Nixon confided in Rogers, “there’s strong feeling that we just shouldn’t, as [Reagan] said, he saw these, as he said, he saw these—” Nixon stammered, choosing his words carefully—“these, uh, these cannibals on television last night, and he says, ‘Christ, they weren’t even wearing shoes, and here the United States is going to submit its fate to that,’ and so forth and so on.”
The president wanted his patrician secretary of state to understand that Reagan spoke for racist Americans, and they needed to be listened to. “You know, but that’s typical of a reaction, which is probably”—“That’s right,” Rogers interjected—“quite strong.”


Richard Nixon was correct in the question and resistance of not allowing the Negroid of Africa decide the future of the United States, who had established the rights by war, to protect the Negroid from slavery, and the American would not allow an ignorant race to enslave Americans to communism, the same communism which Birther Hussein Obama organized Blacks in Chicago to keep them on the liberal plantation.

Misusing racism is a deliberate ploy by leftists to smear those they can not defeat in the realm of the debate of ideas, as liberal assumptions have nothing to do with reality, but about their phobias, including the manic phobia of those who profess God, live by His moral laws in protecting wombs and protecting marriage.

It is always the problem with those who do not understand Americans, whether it is a Dinesh D'Souza, a Barack Obama or a wet off the boat Tim Naftali, making assessments which reach conclusions on their biased perceptions.

Ronald Reagan was no more a racist, than Rosie Greer was, the American in this photo who volunteered for Ronald Reagan.

Yes Webster Griffin Tarpley is right in Donald Trump is inheriting the Black voters in America. The problem though with the fakery of Tim Naftali is he never asks why Blacks are not racist for not returning to Africa from their American successes to lift the monkeys of Africa from their communist enslavement and exploitation.
Then again, why is Tim Naftali a Jew, not in the Jewish state protecting Jews and ending the apartheid of the Philistines, or why is Tim Naftali in the United States, and not in Quebec, elevating Canadians to his ideals on race and language, instead of leaving racist Ottawa in command.

The cartel is always bemused in this, in putting forward their own racist, filled with faults to attack a Ronald Reagan or a Donald Trump, knowing it will bring a response as this one, exposing the fallacies of a Tim Naftali to divert from attention what this is all about in making the United States into a leftist socialist or communist state, run by sexual deviants, intent on the genocide of American Protestants.