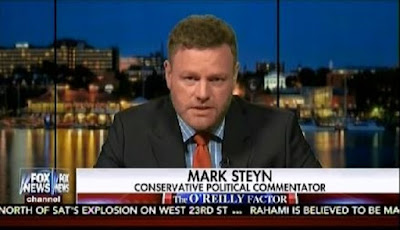 I didn't realize FOX News was my confession...


I am trying to weigh all the things President Donald Trump has been espousing in his New York values, like this reported Trump Manifesto.


President Trump called for those who commit hate crimes to face the death penalty “without delay.” He also disavowed those consumed by racist hate, and called for the nation to universally condemn white supremacy. 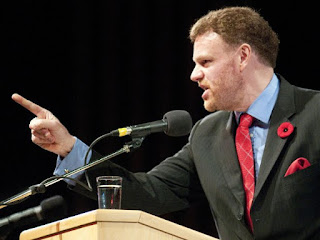 I hate therefore I am...


Taking the President at his word, he has called the death of anyone who commits hate crimes. As this is all encompassing, and not about murdering people, I think it is interesting that Mark Steyn is guilty of hate crimes for writing a book, so therefore Donald Trump has sentenced Mark Steyn to death.


Now mind you, I like Mark Steyn's satire. Not so much his flute playing or his blind support for Donald Trump. So even though I like hate criminal Mark Steyn, I can go along with Donald Trump executing Mark Steyn, swiftly, speedily and pronto.

Mr. Trump also conclusively parrots this piece from the Week on White Supremacy which must be condemned according to the President.

On the contrary, white supremacy (as distinct from white nationalism) has a very long history in the United States. The country was founded by white Europeans who stole the land of existing inhabitants and massacred most of those who didn't die of smallpox. Many brought with them people kidnapped from Africa and kept as chattel in one of the most brutal instances of slavery in world history. For nearly a century after 1876, rich white men in Southern states presided over an apartheid pseudo-democracy, where black Americans were kept as a subordinate caste through regular outbursts of terrorist violence. Today racial segregation is nearly as bad as it was during Jim Crow, and most of the national wealth is held in a tiny minority of largely-white hands, as it has always been.


It is important to add the following from the Week, as this is what Mr. Trump is espousing, the basis of which is if you dislike having to PRESS 1 for English, you now hate America. I have not pieced together the thought process in this why an American hates America, for being inconvenienced in having to choose English, but this is what Mr. Trump defines as White Supremacy.


What's more, ethnic minorities have just as much claim to being constitutive members of the United States community as white people, if not more so. African-Americans and Mexican-Americans (and the few Native Americans who still survive) in particular have been here for centuries. Indeed, Spanish-speaking peoples founded the very city that is now El Paso in the 1600s. For people infuriated by having to "press 1 for English," or Univision soccer announcers on the TV, or at the sight of Mexican restaurants at every city and town across this wide land, I have just one question: Why do you hate America? 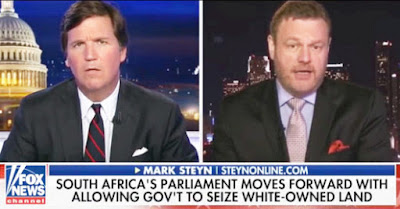 I guess Ivanka is seizing my flute Tucker....

Never mind that Americans never stole any lands from Indians as they paid for all lands twice. Never mind that the Indians pushed to genocide the Mound Builders, Phoenicians and Vikings in stealing their lands in America, and never  mind that Spanish conquerors for the Vatican founded El Paso on slave labor from the Pope and White Americans liberated the enslaved from this feudal system, because facts do not matter in the Trump Age, as it was not rich White men who held numbers of slaves but it was Jews and Afroids who owned slaves, but that slavery has amnesia, like the treatment Americans gave to Africans was most civilized, unlike what Africans did in mass kidnapping, raping and enslaving White Europeans for Islam.

I guess in not understanding the neo Trump definitions of crimes and executions, I am just going to content myself with Mark Steyn being executed on the White ..............is that a hate crime in White House for Donald Trump? Any way,  I am going to enjoy Mark Steyn having his guts sliced and pulled out, then his limbs hacked off, and his being hung before he expires, as America is doing away with White folks, the Constitution, so cruel and unusual punishment is back on the agenda like the goode olde days.

Oh one more thing, this is my favorite part in this, as I was wondering how the President and the Week were going to decide who deprive of life, and the answer is in this tweet. 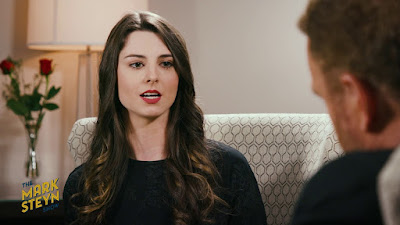 Yes I turned you in for 30 pieces  of silver.

#NEW: Pres. Trump calls on the DOJ to work with social media companies to identify potential mass shooters & calls for the regulation of violent video games: "We must seek real bipartisan solutions… that will truly make America safer and better for all." pic.twitter.com/MMSSBShExh
— Jennifer Franco (@jennfranconews) August 5, 2019


Red flag laws are a pet of New York values Mr. President, and now we know who will be Judge and Jury for the Trump Gorsuch executioners (You do remember Neil fast tracked state sanctioned execution of Americans) as it will be Mark Zuckerberg identifying Mark Steyn as a hate criminal to be hung.

So it seems to work like this in Trump State, in Mark Zuckerberg spies on you, along with Google, Twitter, you know the Jewish social media funded by the NSA. If Zuckerberg has banned you, put  you into detention or whatever, he will report you to the FBI, who will name your hate as a crime, which goes to the US Attorney, where your Mark Steyn hate will be judged a felony whose sentence is death, and the  fitting part is, with Mr. President fast tracking this, you will probably be lethal injected in mass executions before the ink on your warrant dries.

So in Trump State you do not have to attempt to murder or murder anyone. You just have to be Mark Steyn in being Canadian accused, by Mark Zuckerberg and you will be deader than liberty as you will join these other heinous Americans, according to the Trump standard.

George Washington was a hate criminal because he was White.

Theodore Roosevelt was a hate criminal because he stated Americans should speak English.

Ronald Reagan was a hate criminal because he called Tanzanians out as monkeys for voting for communists.


I suspect that in this Trump MI6 coup against America, that the above dead Presidents are not going to get off for their crimes, as this is the Trump age, and the English did dig up and execute Oliver Cromwell 2 years after his death.

https://www.historyandheadlines.com/january-30-1661-cromwell-executed-two-years-death/
On January 30, 1661, Oliver Cromwell, former Lord Protector of the Commonwealth of England, Scotland and Ireland, was removed from his grave and "executed" 2 years after his death! Digging deeper, we find Cromwell the ultimate winner of the English Civil War, having deposed the monarchy and ...


So we who are not yet executed can look forward to some kind of Ivanka TV, where George Washington will be hung by the neck past dead, as he is dead, and then like Cromwell, George Washington will be hung from the Trump House balcony as a warning to everyone to not be White.
There must be all kinds of sporting ways to kill dead Presidents. Teddy Roosevelt will probably be thrown to the lions, and then the Trump boys will shoot the lions afterwards.
Ronald Reagan, will probably get shot out of a cannon for his crimes and punishment. 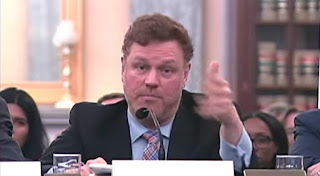 Amazing to me is I voted for my own Trump post birth abortion.


I see great potential for Trump State like Argentina or France in their revolutions. I figure that Planned Parenthood will get a contract to execute the dead and to make Mark Steyn dead, and with only 197 million Whites in America, and with numbers being geezers dying naturally, I figure that at 54,000 executions a day that America can be rid of these Whites in just one year.
As Mr. President has an attraction for big weapons, I think all these White People could be put into the Grand Canyon and a few nukes could fossilize them. Do it in the spring before flooding, and in one big HAARP rain storm, the land would be cleansed and all this ash would be in the Gulf of Mexico in a week.

So let us focus on the good in this in Mark Steyn will be executed by Donald Trump, along with 197 million of White Privilege as that is White Supremacy and is Racism.

It is best we do not focus on the reasoning behind this, as that gets in the way of the agenda.

Let us all find comfort in the coming peace and wiping out of all crime and problems in the world with the end of White People. I completely trust Donald Trump to be fair, and Mark Zuckerberg to be honest in getting rid of successful Whites, as who needs laws, when God is there to sort the dead out. 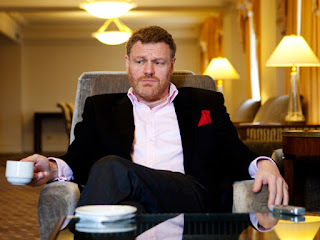 Bugger, I didn't know this was my last meal....