The Face of the Logic of Madness

The British who were behind Russiagate in the framing of Donald Trump are quite fixated on the shooting in Texas........not so much on the liberal shooter in Ohio, as that does not fit the liberal narrative.

Former Congressman turned Democratic presidential candidate Beto O'Rourke appeared on CNN's "State of the Union" to discuss the mass shootings in El Paso, Texas and Dayton, Ohio. During the conversation, host Jake Tapper asked O'Rourke a simple question: "Do you think President Trump is a white nationalist?" The answer launched into a full-fledged attack onto Trump. "Yes, I do. And, again, from some of the record I just recited to you, the things that he has said, both as a candidate and then as President of the United States, this cannot be open for debate,"


In assessing this, the Lame Cherry way, yes this shooter does not look like the shooter in the photos, but if you compare ears, nose and mouth, this is the same person. But then, like Birther Hussein Obama's photos changed after June 13th, 2013 AD in the year of our Lord,  there is a fascinating reality of Patrick Crusius, which is beyond Darwin Theory.

All of us have witnessed photos of married couples, actually looking more like each other as the years pass. This is something which should not happen, and yet there are enough cases of this happening, that it is a reality of human aura transforming hard bone and soft tissue.

The reality of Patrick Crusius is that in a few years, this person's bone structure did change.

This is fascinating as there were two factors involved in this:

Leftists scourging Americans with blame of White Privilege condemning them.


We are observing more than crestfallen natures, but literally change of physical appearance in a human's American Dream being shattered and then criminalized. What you are witnessing is the transformation of Patrick Crusius by emotional and psychological terrorism upon him. What he literally felt and thought, change who he is. 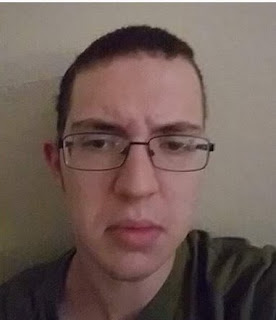 One can literally look at his eyes, and see from left to right, his devolution. His booking photo has dead emotions. The center photo is that of emotions dying. The photo on the right is emotions injured.

Patrick Crusius was deliberately created by the entire socio intelligence propaganda conditioning of the public. This was a good kid at one time with hopes and dreams, who awoke to a reality which British MI6 does not want people thinking about in Caucasians being replaced, who without hope became a mall shooter.

Patrick Crusius chose to act in violence, because like Black and Hispanic kids in Chicago, that is the only alternative they have. That is the reality and not going to change, because the group who has the money, power, police and position has engaged in policies which produced Patrick Crusius.

It is strange in Donald Trump calling Patrick Crusius a coward, when if he was an American Indian, he would be called brave, because he is reacting exactly as Indian young reacted to being replaced by Whites in the Indian terror wars. The Trail of Tears was about Indians being displaced, but they are deemed victims by those like Beto O'Rourke, but Patrick Cassius is smeared as a racist for posting his personal observations, as Karl Marx did in Das Kapital.

The fact as the American Indian in America, or the Neanderthal of Europe, or the vanished Negroids that Barack Obama's relatives pushed off their lands in Kenya and sold them as slaves, that there will be acts like Patrick Crusius on the right and the left in Conner Betts.
One created by destroyed dreams in Crusius and Betts destroyed by his soul voided of a moral God by the left.

It is noted that in the Mockingbird left dominated propaganda, that while Crusius did change, Betts did not. He was only driven to produce a National Socialist America by force and not wait for Joe Biden or Elizabeth Warren on the Obama way. 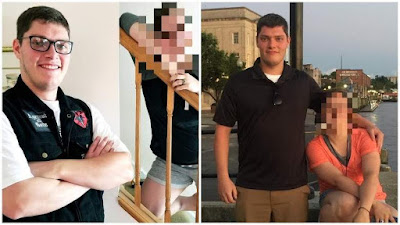 The firearm used by the shooter Connor Betts, 22, is projected on a screen during a press conference Sunday, Aug. 4, 2019, …

he described himself as “he/him / anime fan / metalhead / leftist / i’m going to hell and i’m not coming back.” He wrote on Twitter that he would happily vote for Democrat Elizabeth Warren, praised Satan, was upset about the 2016 presidential election results, and added, “I want socialism, and i’ll not wait for the idiots to finally come round to understanding.”


Once again, another Lame Cherry exclusive in matter anti matter, in pondering the reality of it is horrid when a supposed racist murders Mexicans in Texas, but there is not any racism or condemnation in democrats inspiring mass murder in Ohio, when a green socialist slaughters a majority of Blacks.