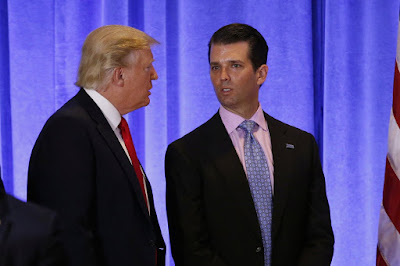 It's time to play the Trump Card

I think the place to start with this is in Montana.


See there were two Missouri boys named Keith and they had moved to Montana, and there was a bully who was beating the hell out of  them.
Their old man said, "Boys, I'm giving you a week to handle this situation or I am going to beat the hell out of you".
The boys talked it over and they got themselves some sticks, hid by the path home, and jumped out and beat that bully almost to death.
When the truancy officer showed up and wanted the boys punished, their dad, told that fuzz bucket to get the hell of the place or he would get his ass whipped too.
The boys later reported when a new kid appeared, that the bully told him, "You can pick on anyone you like here, but stay away from them Keith boys as they are crazy and they will kill you!"


It seems the Trump boys have a little problem with Tom Arnold who is whoring for the deep state and setting off nuts to send the Trump boys foot powder that looks anthrax,  and it is wasting the Secret Service's time and the Trump's are not amused.

An online exchange on Friday between Donald Trump Jr. and the guy best known for his long-ago, failed marriage to Roseanne Barr clearly exposed a malevolent ill will on the part of Tom Arnold, even while Don Jr. revealed that his family has to deal with “daily death threats.”The third-rate actor is one of the Hollyweird personalities who regularly takes aim at the President and his family, but his latest follow-on tweet was a clear death threat in its own right and will most assuredly get him a personal interview with the Secret Service. Arnold got the ball rolling with a tweet in response to President Trump’s comments

I am fearful in this that Don jr. is going to lose his girlfriend. 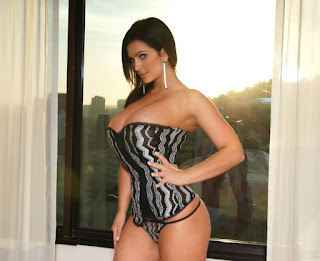 A hashtag does not open sesame my nethers.


No not that one.

The one who is the future mother of his children in Alexandria Ocasio Cortez. 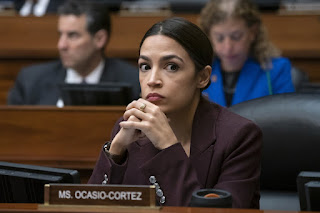 How can I save myself for a Don who won't take me?


No woman wants a man who just tweets. They want a real man, a chest thumper, a man who mauls other men who can come and ravage her wantonness. 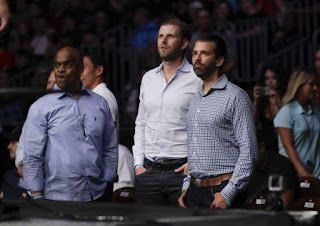 Trump's two adult sons, Don Jr. and Eric, rooted on Covington from cageside seats and snapped pics throughout the day with…


I remember Hogan's Heroe's when Colonel Klink was having trouble with the Gestapo in Major Hochstetter. Hogan said they would get in a car like olde  Chicago and rub Hochstetter out. They would pull out the street hosers and rub him out. 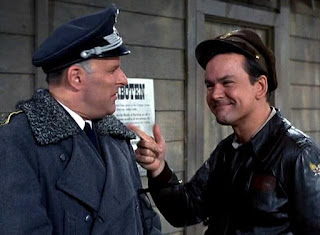 Klink of course being a civilized Nazi, was against all of that as law enforcement would arrest them.


That is where we need to help the Trump Brothers find their inner German as they are Germans after all and civilized.

I say Don and Eric get a big truck. Big tires, big engine, big lifts,bit paint and big sound and they start cruising the street, looking for action. 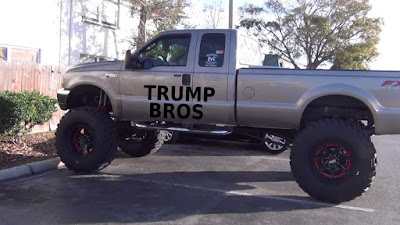 No one messes with Trump Brothers!


They drive real slow. They cruise the streets. They wear dark sunglasses. They put it into neutral, gun the engine and then they see him, Tom Arnold, outside of his mansion, and the Trump Brothers peal out of  that penis extender truck.

Eric just keeps watch as this is Don's fight.

Don pulls out the mace first. Then the pepper spray. Then comes the aluminum bat and he works over Tom Arnold.
He catches one to the ribs and Arnold is at his mercy, but Trump Brothers have no mercy. 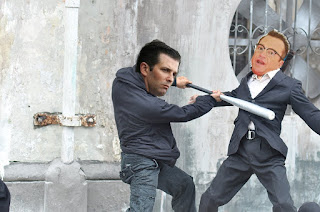 Whammo to the solar plexis!


It is a real street brawl. Don putting the lumps to Arnold and Eric finding anyone else to just send the Trump message that nobody threatens the Trumps.
I mean Tom Arnold saying he is going to cut Don jr's little cock off with a Daniel Boone big knife, is just more swamp talk than can be allowed.
So Don jr. unloads, a real Harmon Killebrew Cue to nut crack that Jew. 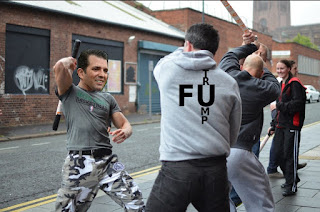 Bammo to the cranial lobe!


Don then throws his bat away and does the bone on bone dance. The real calcium cracker. The real femur frolic. The real Trump Tamer. 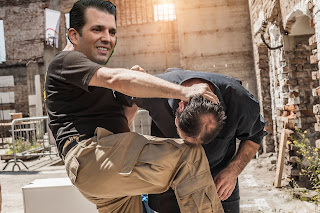 Crammo to the sinus cavity!


Of course the President sent out his boys with full pardons for everything from giving a virgin the clap to homicide, so the boys are covered real good, real carte blanche, real 007 license to Trump whack like no one has been Trump whacked before. 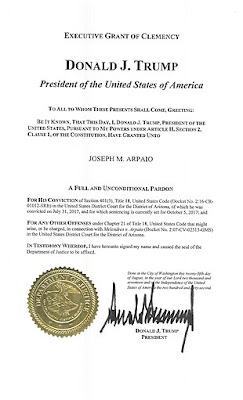 It all hits the Twitter though, all hashtag stuff, all the liberals scream for the Trump heads, but the Trumps have the law on their side, and they are just getting started.

Could I have an order of Don on the side?


The roll out their big boss truck and visit Alyssa Milano. They kick her cat. Spank her children. Pee on her husband. Then they sell her to a convent where she is taught morals by Nuns with yardsticks.

It is not long before hush hushes over Hollywood. Hushes over New York, hell it is not long that CNN is playing patriotic music and Anderson Cooper announced he was sending them quadroons back to where they came from.

Yeah it was the Trump Brothers making American great again. 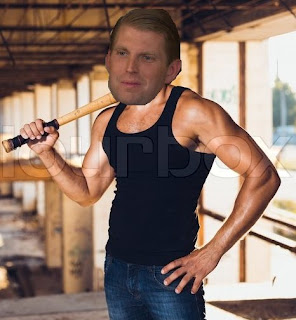 Did you say something boy?

Yes the Trumps need to bring Escape from Wolfenstein to the streets of Trumpland, a real smack down Trumpewolfe, and making it all legal with pardons and a President signing them. Not starting "Send her back" and the playing good cop as his followers get blamed for the bad cop in chanting what Dan  Scovino started on Twitter.
Yeah the Trumps started this fight over Obama being a Birther, and now that the wolves are howling at his voters doorsteps in their getting the beat down, all the Trump's do is talk, inviting more of the bitch slapping of people who trusted the Trump brand.
Sure it is effective in pulling the teeth of Trump voters to make them 3rd party so the communists and nazis take over America, as the Trump voters are the ones the police state visit, while Tom Arnold gets the pass, as this is all about being employed for the 30 pieces of silver and the pound of flesh, in teaching that lawless Sodom is what crooked America is.


On April 13, 1832,  Congressman William Stanbery left Mrs. Queen's boarding house and went out for a walk along Pennsylvania Avenue. As he was crossing the street, he encountered Sam Houston.

A harsh critic of President Jackson, Stanbery had recently smeared the administration's Indian policy on the House floor and suggested that Houston had worked with government agents in defrauding Cherokee Indians while he was the Governor of Tennessee. Houston had not taken kindly to the accusations. He had demanded an apology and made overtures about a duel, both of which Stanbery ran from.

The Ohioan could not ignore Houston as they stood face-to-face on the street.

Still steaming from the Indian policy speech a few days before, Houston purportedly yelled, "Damned rascal!" and began beating Stanbery with his wooden cane. Stanbery pulled a gun from his pocket, put it to Houston's chest and pulled the trigger. However, the weapon misfired and only served to further enrage Houston and incite more blows with the cane. When the bludgeoning finally ended, Houston continued to the theater and Stanbery staggered back to his room at Mrs. Queen's a beaten pulp.

The incident sent shock waves through the city and up Capitol Hill. Congress ordered that Houston be arrested and tried. Despite the best efforts of his lawyer, Francis Scott Key, Houston was found guilty of Contempt of Congress.
Being found guilty, nothing was done to Sam Houston. 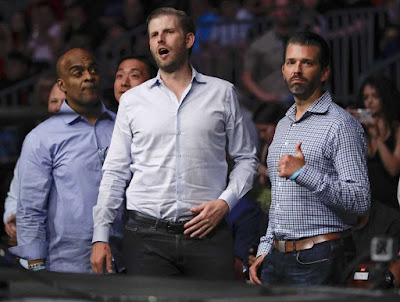 The Trump Bros are here!