For the love of a Skunk Dog 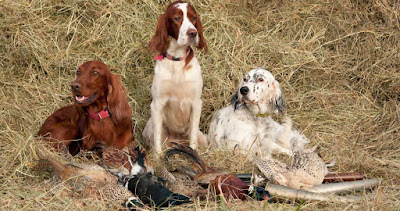 Put me into the midst of Setters and I just melt. I simply love those breeds and have an affinity with them.


The thing is though in photos, you do not see many Setters in the old pictures, but you do see interesting things, or at least things that interest me. 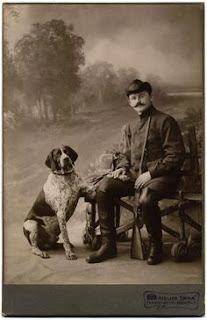 For example, what began this was this German photo of a hunter with his German Shorthair Pointer. This is one very robust dog of around 1900 or earlier. Beloved Uncle had a Shorthair, so I always notice them. I also notice how the Americans have lightened this breed up and in some ways made them quite ugly in head conformation compared to what the German breeders were looking for.
The original German was a quite heavy dog and as you can see, was quite affectionate. The American version has a dog which really has no use for humans. 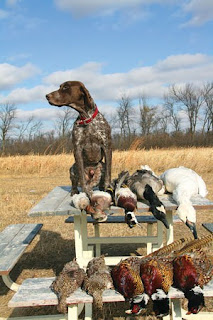 Part two of this is the German with a dog that I have no idea of what it is. It is more sleek, and a very streamlined dog,  except in the hindquarters, the dog is robust as all German breeds were. These dogs were for everything from bear to bunny, to boar to grouse. This one has that Weimereiner look to it, but once again the American version is high strung without affection. This puppy is  a companion and quite aware of itself and in control. 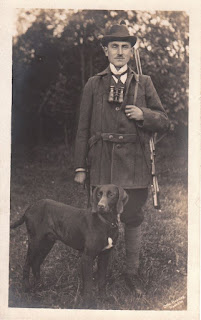 Part of my game is always to name the breed and the guns. This one fascinates me in the dogs look to be both hound and setter, a Gordon type setter, and again very well behaved puppies. 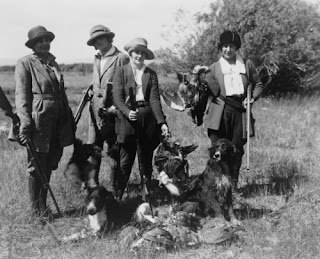 Most poor people did not have the funds to breed for looks as the English did, so they had dogs that hunted out of hunting breeds, and they sort of mixed up. What was the result was a dog that hunted and that is all poor people cared about. 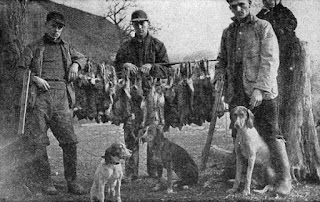 If you had money though, you had a pretty Springer Spaniel. This is the old lines and they are most beautiful, and again, not slobbering all over you or running the hell all over the place. 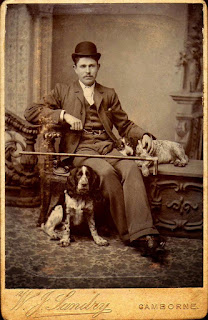 Back in the day though, there was one dog which most people wanted and that was the skunk dog. People make fun of skunks, but once upon a time, skunk trapping and hunting was what kept people in some money and people took great pride in their skunk harvests and their pelts.

I remember my beloved Uncle telling him, the old trapper Fred, talked him into digging out a fox den. Uncle said he knew very well there were no fox there, but Fred kept extolling that it was a fox den. Fred knew it was a skunk den, but that was easy money back in the day and digging them skunks out was the ticket to a fortune. 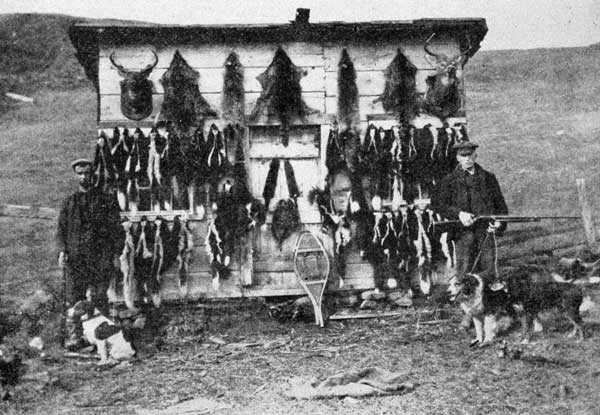 As you can see by the above skunk jaegers had everything from Spaniel crosses, Collie crosses and Coon hound crosses to get at them skunks.
Below the skunk hunter who seems to have as seamans hat on, as he does have muskrat down in the right hand corner so he was near water, but his skunk dogs look to be some kind of terrier pit bull and an early Treeing Walker version. 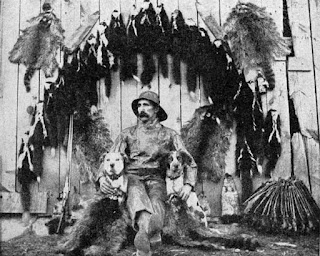 As you can see all skunk dogs are well trained and quite in love with their masters.

Sure coon hounds were a happier lot in the 1950's as Dixie was no longer so upset with only having dandelions to eat after Lincoln burned down the south, and well fed men in bibs, had nice cars and dogs who ate good, and were most pleased to be out chasing coons with their masters, instead of their masters drinking moonshine just listening to the music of the dogs. 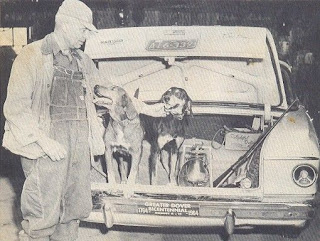 There was no music with skunk dogs though. Just the skunk and the guy trying to make a living and the dogs who had a job of getting skunk.

I can still remember my Grampa at around age 70 skinning them skunks which my Uncle caught. It was called trash fur and only brought about 7 bucks, but still that was something that would factor into buying something he needed.

Trapping skunk kept rabies down, gave laying birds a chance to hatch a clutch of eggs and kept the windows open on summer nights, as sure as hell when it was July hot, a skunk would come around, old Duke would tear into it, right under the window and Lord God you would be groaning over a full dose of skunk piss as of course the wind quit blowing and even at that you had to keep the windows open to keep from suffocating.

Yes there were good times when skunk brought fur money and there were skunk men and skunk dogs.