The Woman with the Alibaster Box 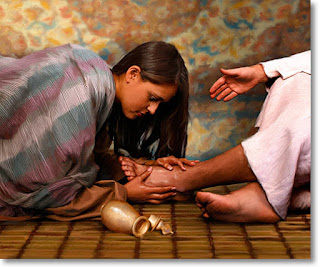 
I doubt if any of you have considered this, but the tipping point which moved Judas and his group to sell Jesus to the Jews, all centered around perfume.

The story is in St. Mark the Apostle in chapter 14 and it is a fascinating examination of betrayal. I will not deceive you into thinking it was the perfume alone, because Judas was looking for a way to retaliate on Jesus.
The reason Judas was retaliating, was Prophecy, promised a King of Israel would return. The Jews thought He would be an earthly king with a kingdom. This is the schism in the Disciples as foundation Disciples were of John the Baptist, most devout men. On the other end were two men of finance.
Matthew was a tax collector, who gave up the world of wealth and corruption for Christ. Judas was a man who gravitated toward keeping the bank account or purse. In this Judas was expecting when Christ was King, to be the financial officer of the kingdom. That would be the most powerful and lucrative position in any kingdom. It would rank with the King, the royal adviser and general of the army.

Something happened though leading up the the betrayal of Christ and that was Jesus was in hiding, because the Jews were trying to murder Him. In that time, He informed the disciple that He was going to die. There was not going be an earthly throne, there was not going to be royal positions, there was not going to be piles of gold. For 3 years Judas had rationed out money, and it is thought pilfered money from the Disciples, and he was ready for the pay day, and in one sentence, Jesus crushed all of his worldly dreams.

Judas had met with the Sanhedrin and the process of what they wanted and not what Judas wanted at first began. As they sat before the Passover on a Tuesday as the Passover was on a Thursday that year, a woman came to Jesus with an expensive box of perfume.
She was anointing Christ for burial, but if you read the Scripture closely, the reality is that Judas was not alone in this group.


And there were some that had indignation within themselves, and said, Why was this waste of the ointment made?
For it might have been sold for more than three hundred pence, and have been given to the poor. And they murmured against her.


There was a group in the followers of Christ, Judas the primary component, who had come to the conclusion that they had wasted 3 years of their lives, and now Jesus was allowing a huge sum to be wasted on his feet in perfuming them.
That 300 pence was lusted after in people who were fed up with miracles to feed them or go hungry and sleeping on the ground. The poor was their excuse as they wanted that money, and if there were merchants in that group which there probably were, they wanted that 300 pence spent on things they could sell to the poor for profit.

300 Pence would be 300 days or almost a year's worth of labor. 3 years of their lives wasted is what this group  thought, and Jesus just spent a year of their working lives on his feet. 50,000 dollars in modern terms, and it would raise the same indignation in people who think they deserve better things too, after all they did for God..........never realizing as satan has their heart that it is God Who has been doing things and they were the instrument. 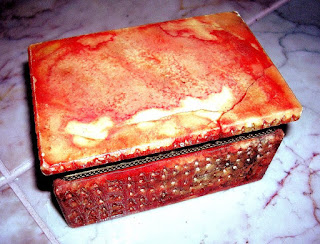 3 And being in Bethany in the house of Simon the leper, as he sat at meat, there came a woman having an alabaster box of ointment of spikenard very precious; and she brake the box, and poured it on his head.
4 And there were some that had indignation within themselves, and said, Why was this waste of the ointment made?
5 For it might have been sold for more than three hundred pence, and have been given to the poor. And they murmured against her.
6 And Jesus said, Let her alone; why trouble ye her? she hath wrought a good work on me.
7 For ye have the poor with you always, and whensoever ye will ye may do them good: but me ye have not always.
8 She hath done what she could: she is come aforehand to anoint my body to the burying.
9 Verily I say unto you, Wheresoever this gospel shall be preached throughout the whole world, this also that she hath done shall be spoken of for a memorial of her.
10 And Judas Iscariot, one of the twelve, went unto the chief priests, to betray him unto them.
11 And when they heard it, they were glad, and promised to give him money. And he sought how he might conveniently betray him.

While this woman is not revered or well known, and is often passed over, she was the event which set off the betrayal and crucifixion of Jesus the Christ in Jesus inner circle. The Jews had wanted Him dead for most of the 3 years of His Ministry, but they could not find him among the people as they would not betray Him.
It was when Christ said there would not be a kingdom, that the fracture occurred in the inner group, with Judas at the forefront.
Three years was a long time for people waiting for their dreams to be fulfilled. Others appeared for the popularity and the promise of all that power. In the end, only John with the women stayed. The rest fled as Jesus had made things so easy for them, that Faith had not grown.

It was too late though for Judas who had been building a place in his heart for satan to occupy, built on the promise of Judas coming into power.  That is all Judas was being validated by, and when that disappeared, he was looking for an excuse and his judging Christ in wasting money on Himself, when that was not the reality, was the reason Judas in frustration and contempt, handed Jesus over to the Sanhedrin.

If you read the Scripture, there appear in Judas remorse, where he could not forgive himself and murdered himself, that Judas in psychology somehow thought he could dig Christ a grave, but His enemies would not murder Him. It is a reach, but Judas might have been so deluded that he thought Jesus could save Himself. Remember that is what the Jews were taunting Christ with when He was on the cross, in "He could save others. Let us see if He can save Himself".

It is projection of a psychosis that Judas rejected Christ for silver, which was Judas god, but in the end, his guilt had him throwing the blood money back to the Jews. He finally appears to have realized that his god of money would not save him, and in his rejection of Christ, he would not allow Christ to forgive him, as Peter was forgiven by Christ in his denials.

For those of you who are in denial that money is your god, know that it is, and like Judas, you are preparing a place for satan and when God does not make your dreams come true, you will betray Christ as Judas did.
Jesus is, to accomplish the Father's Will, not yours. God is not on your side, but it is you are either on God's side or not.