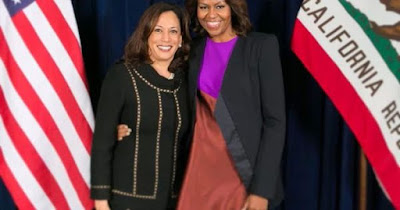 
There is a fiction out there that the shemale Michelle Robinson Obama would defeat Donald Trump in the 2020 elections. The first problems for Michelle Obama is she is literally stupid. When she speaks she whines. She is ugly to the level of repulsive. She has zero personality and in 2020 she does not have the Nazi financiers to steal an election for the overthrow of America, in the way they stole the presidential elections for Obama twice.

Barack Obama was an empty suit who looked good on the hanger. Michelle Obama is the vision of a used tampon which never looks  good.


The Daily 202: Michelle Obama is the Democrats' best weapon ...

https://www.washingtonpost.com/news/powerpost/paloma/daily-202/2016/07/26/daily-202-michelle-obama-is-the-democrats-best-weapon-against-donald-trump/5796b38e4acce20505161e31/
Jul 26, 2016 · THE BIG IDEA: PHILADELPHIA — Michelle Obama never said Donald Trump's name during her speech at the convention last night, yet she offered a more effective rebuttal of the Republican nominee ...

Obama Accuses Trump of Abusing His Power — Gets Wrecked by ...

https://madworldnews.com/obama-trump-abusing-power/
Michelle Obama weighed in on the firestorm surrounding President Donald Trump and Rep. Ilhan Omar over the weekend. The former first lady claimed what makes America great is diversity and refugees and "there's a place for us all." That's when Americans stepped in and made sure this didn't end well for the former first lady.


The admission from leftists that Michelle Obama is their "long ball" who can defeat Trump, only reveals how weak their entire field is. Led by two old white men whose last breath might be their last, and the entourage which hearkens to a trail of sticky shit dragging along behind a dog, Elizabeth Warren to Kirsten Gillibrand are so forgettable no one will remember their names at the ballot box.

There is one person, chosen to toughen up Joe Biden, who has proven she is not anything like the tampon of Michelle Obama, in Kamala Harris, after beginning as Weed Head Willie Brown Whore, has shown her quadroon prevails in what most black actors can not accomplish in she can actually remember a line, deliver it and do a  model pose for effect.

The short of this is, Kamala Harris with her prevailing whiteness is too much the candidate for Michelle Obama to match up against. Michelle Obama would be exposed for how illegitimate she is.

If you watch Harris standing up to Joe Biden, she delivers the message without sounding like a bitch. Her lines are delivered with effect and when she ends her take down, she does a sassy pose for fuck me effect. 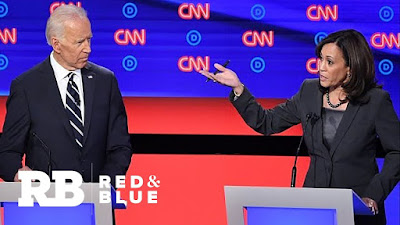 This is what is wrong with America. Obama White!!! 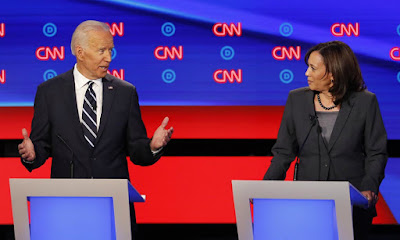 Like all African Americans you are only here to make me look smart. 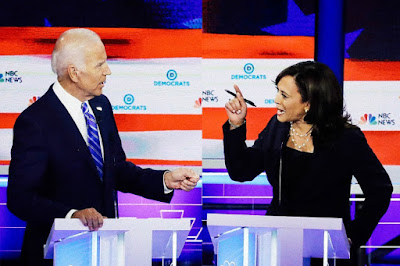 You are a racist with a capital WHITE PRIVILEGE!!! 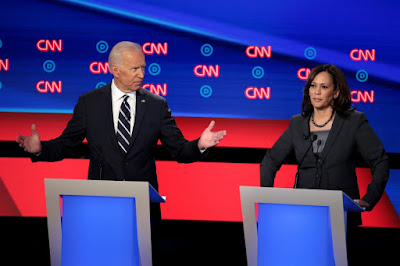 Why don't you go back to where you came from.

As Kamala Harris excels, Michelle Obama instead comes off as stupid, shrill, a personality of stone and absolutely repulsive to the public. 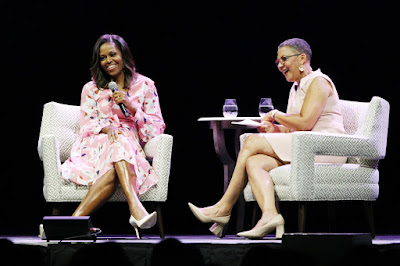 Thank you, this was a White House curtain this morning. 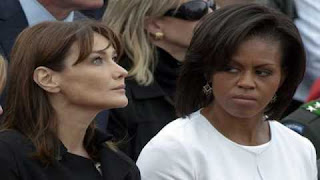 Well Michelle of the two women on stage, we know you're not one of them. 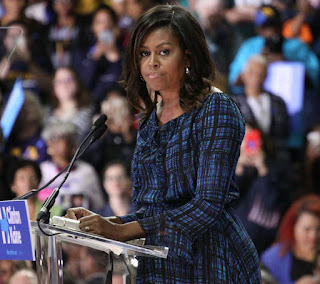 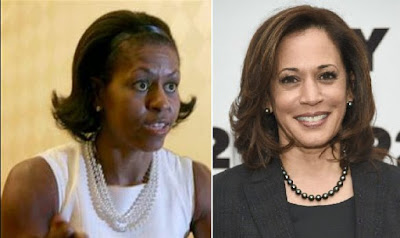 Once again, the reality of the Lame Cherry exclusives in matter anti matter. It has come full circle as Obama was in the race in 2008 AD to herd Black voters for Hillary Clinton, but things went wrong from Hamrod, in 2019 AD, Kamala Harris is in the race to herd Black votes for Michelle Obama, but on her own, Kamala Harris is twice the candidate of Birther Hussein and ten times the woman as Michelle Obama.

You see the Limbaugh feeding chain for Michelle Obama:

Kamala eats Biden.
Gabbard eats Harris......
So enters Michelle Obama, but the problem is that Hindu Gabbard has 10 times the intelligence of Kamala Harris and Harris......yes ten times that of block brain Michelle Obama.

George  Bush's  and Rush Limbaugh's heart throb may get into the race, but she is not man enough for Gabbards, Clinton and Harris.